Same-sex marriage may be legal in Jalisco, yet the state’s Civil Code continues to define marriage as a heterosexual union. This creates legal loopholes while undermining human rights, according to civic organizations. 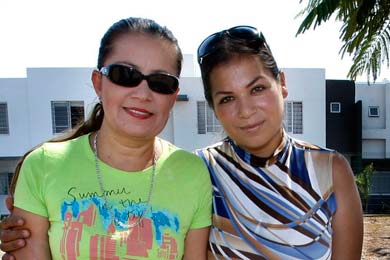 While same-sex couples are free to marry in Jalisco, without an amendment to the Civil Code they don’t have access to state pensions, preferential rights over properties or social security eligibility.

“If two lesbians wed, they should automatically have all the rights granted in any other marriage, but that isn’t what’s happening,” said Leonardo Espinosa, president of Codise, a Guadalajara non-profit that provides legal consultation, health services and advocacy to the LGBTQ community. “If one of them gets pregnant after getting married, they will have many obstacles registering their child together because the law still hasn’t been fully modified.”

Like Unión Diversa, Codise is demanding swift action from the Jalisco legislature to expand the Civil Code’s legal “definition” of marriage.

Although some areas of Jalisco are hailed as a haven for LGBTQ tourists (Puerto Vallarta, in particular), there is still plenty of resistance to change.

“There are specific places with a high concentration of conservatism,” said Espinosa, referencing an unprecedented anti-LGBTQ demonstration by the National Movement for the Family three years ago in Guadalajara. “Los Altos de Jalisco, for example, is one region that has always been known for funding right-wing movements.”

Espinosa would like to see Guadalajara emulate Mexico City’s record on equal rights.

“In Mexico City, things have been changing more than society. There are laws that protect against discrimination,” he said. “Many civic organizations exist. In Guadalajara, there aren’t finances for civic organizations to work on LGBTQ rights nor are there legal systems set in place to do so.”

According to Espinosa, the Jalisco Human Rights Commission hasn’t endorsed any LGBTQ-related causes for over ten years.