Mexican President Andres Manuel Lopez Obrador’s point man in Jalisco, Carlos Lomelí Bolaños, has been forced to resign his post over allegations that he has profited from government contracts while serving as a federal official. 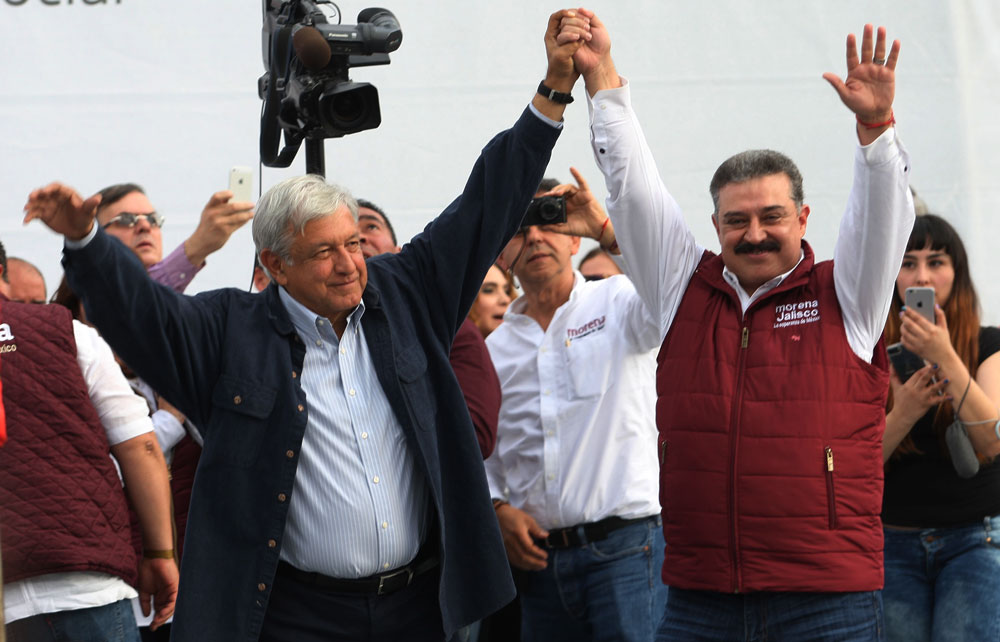 The resignation is an embarrassment for the president, whose main campaign pledge was to rid the country of corruption.

A qualified doctor who has never practiced professionally, Lomelí has frequently been embroiled in controversy in both his business ventures and forays into politics.  Over two decades, Lomelí built a fortune largely through supplying generic medicines to various government agencies, including the Instituto Mexicano de Seguro Social (IMSS). In 2010, the U.S. Treasury linked one of his companies to drug trafficking activity but later removed his name from its blacklist.

Lomelí has switched political allegiances on various occasions and after two electoral defeats, finally got to serve as a federal congressman for the Movimiento Ciudadano after being named one of the party’s “proportional representation” candidates. He quit the Chamber of Deputies in February 2018 to run as Morena’s candidate for Jalisco governor.  Largely on the back of Lopez Obrador’s electoral landslide, he finished second  to Enrique Alfaro in the gubernatorial race, winning almost 25 percent of the vote.

But controversy continued to dog Lomelí after he took up his high-profile post in this state last year.

In May, the NGO Mexicanos Contra la Corrupción (Mexicans Against Corruption) revealed that companies in which Lomelí still played an active role had benefited from federal government contracts while he served in office – something that is prohibited under Mexican law. In addition, the probe also alleged that during this period the pharmaceutical firm Abisalud, of which he was a director, overcharged the federal government on 164 million pesos’ worth of contracts.

Despite Lomelí’s insistence that he had severed ties with all of his companies after taking office, the investigation showed that he was still authorized to withdraw funds from Abisalud’s bank account.

And in recent days, the Spanish-language Guadalajara daily Mural revealed that Lomelí had failed to declare various properties, vehicles and bank accounts when asked by the Secretaría de la Función Pública (Secretariat of the Civil Service or SFP) to list his “patrimony” on taking federal office.

Lomelí announced his resignation as super delegate when the SFP – the agency in charge of coordinating, assessing and monitoring the federal government – revealed it was undertaking seven separate investigations into the businessman/politician’s activities.

In a statement, Lomelí said he wanted to give the SFP “space” to carry out their investigation so that the “attacks” that the federal government is receiving from its detractors can finally end.

According to Sandoval, Lomeli could be barred from holding any public office for the next 20 years if found guilty of benefiting from government contracts while serving as an appointed official.

Governor Alfaro, who has clashed with Lomelí on various occasions, said the former official should face the “ultimate consequences” should he be found guilty of crimes.