A demonstration against last week’s 36-percent increase in city bus and light train fares got out of hand last Friday, resulting in several arrests amid accusations of excessive use of force by police officers. 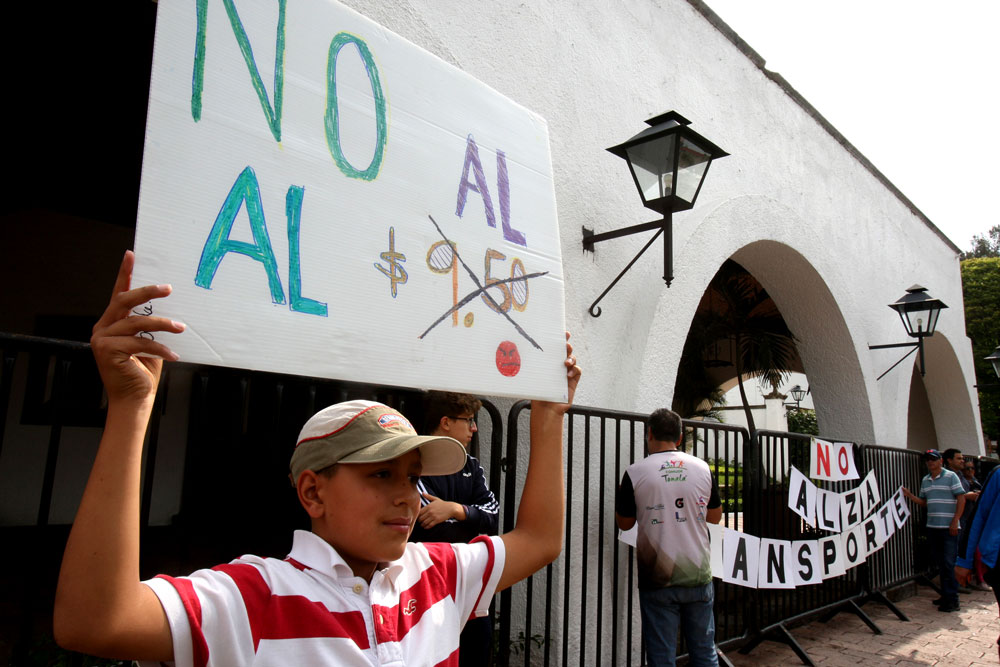 The protest at the Plaza Universidad Tren Ligero station was one of several staged on the weekend following Jalisco Governor Enrique Alfaro’s announcement of the fare increase days earlier.

The altercation ensued after protestors stormed the below-ground city-center train station and tried to allow passengers to pass through to their trains without payment.

The fare increase from 7 to 9.50 pesos has provoked a furious response from many areas of civil society. Low-paid workers just cannot afford such high fees, it is argued. Critics point to Monterrey and Mexico City, where subway fares are set at 4.50 and 5 pesos.

Several of the protestors involved in the Plaza Universidad melee suffered light injuries in the fray, although all were later released from custody.

The Jalisco Commission for Human Rights signaled that it will investigate the circumstances of the detentions.

Opposition political parties denounced the heavy-handed response of the police.

“It is clear that the unjustified increase in tariffs has upset the population, but the repression and detention of protesters won’t help a future dialogue; it will just add more fuel to the fire and transform a local problem into a national one,” said Verónica Juárez Piña, coordinator of the Party of the Democratioc Revolution (PRD) in the federal Chamber of Deputies.

Protestors last weekend also staged demonstrations outside the State Government Palace in the city center, and Alfaro’s official residence, the Casa Jalisco. Protestors at the latter demonstration kicked the door to the residence and rattled window bars, demanding that Alfaro come out and face their wrath.  He did not appear. 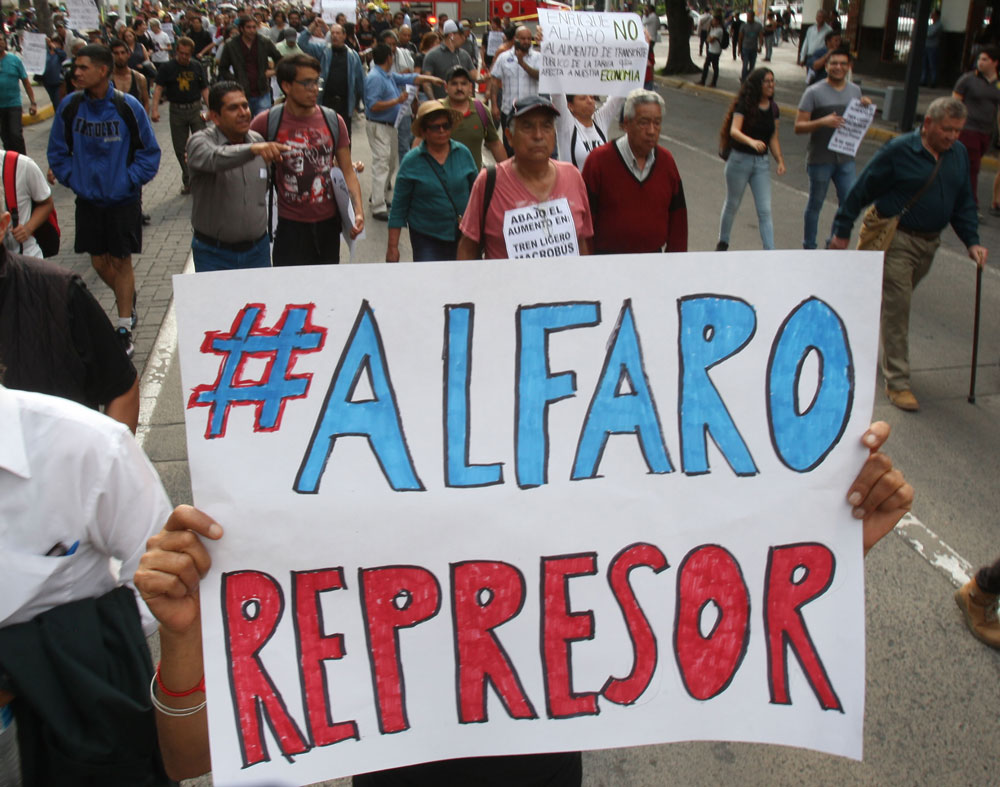 The governor, however, later issued a statement defending his decision to raise fares, noting once again that the decision was approved during the previous administration by a committee comprised of representatives from all walks of society, including universities.

Alfaro said that since he has been in office his government has taken big steps to “bring order” to Guadalajara’s chaotic bus network. Within four months, he noted, all buses will use a prepaid system that will offer discounts for students, senior citizens and the physically disabled.

Alfaro said the program to replace old buses with new ecological models will continue through next year.  He also noted that since the last fare hike, diesel fuel costs have risen by nearly 50 percent, while the Tren Ligero (subway) is paying almost double for its electricity.

Alfaro also pointed out that the hike does not affect all bus routes, noting that ones without a new “ruta empresa” designation (supposedly guaranteeing a higher quality of service) will not charge the higher fee of 9.50 pesos per ride.  However, Alfaro added that he expects all of the city’s 137 bus routes to be certified as rutas empresas by the end of the year.

Defending the role of police officers in last Friday’s altercation, Alfaro stressed that while the public is free to protest, his administration “will not tolerate violence and vandalism.”

Instead of calling for more protests, the new political organization Futuro, spearheaded by former independent lawmaker Pedro Kumamoto, has convened a meeting next Saturday to gather signatures for an initiative to present to Congress that would subsidize fares in order to “protect” the most vulnerable members of society, as well as students.

Nonetheless, the protests seem likely to continue. Students have planned another march against the tariff hike on Saturday, August 3.  It is scheduled to start in the Plaza Rojo (Juarez and Federalismo) at 5 p.m.