Mayors from the metro-area municipalities of Guadalajara, Zapopan, Tonala and Tlajomulco (along with a representative from Tlaquepaque) hold up an agreement they signed Tuesday with México Evalúa to halt the increasing number of intentional homicides in the city.

According to México Evalúa Director Edna Jaime Treviño, homicides in the five municipalities have increased by 104 percent in the three years from 2016 to 2018. 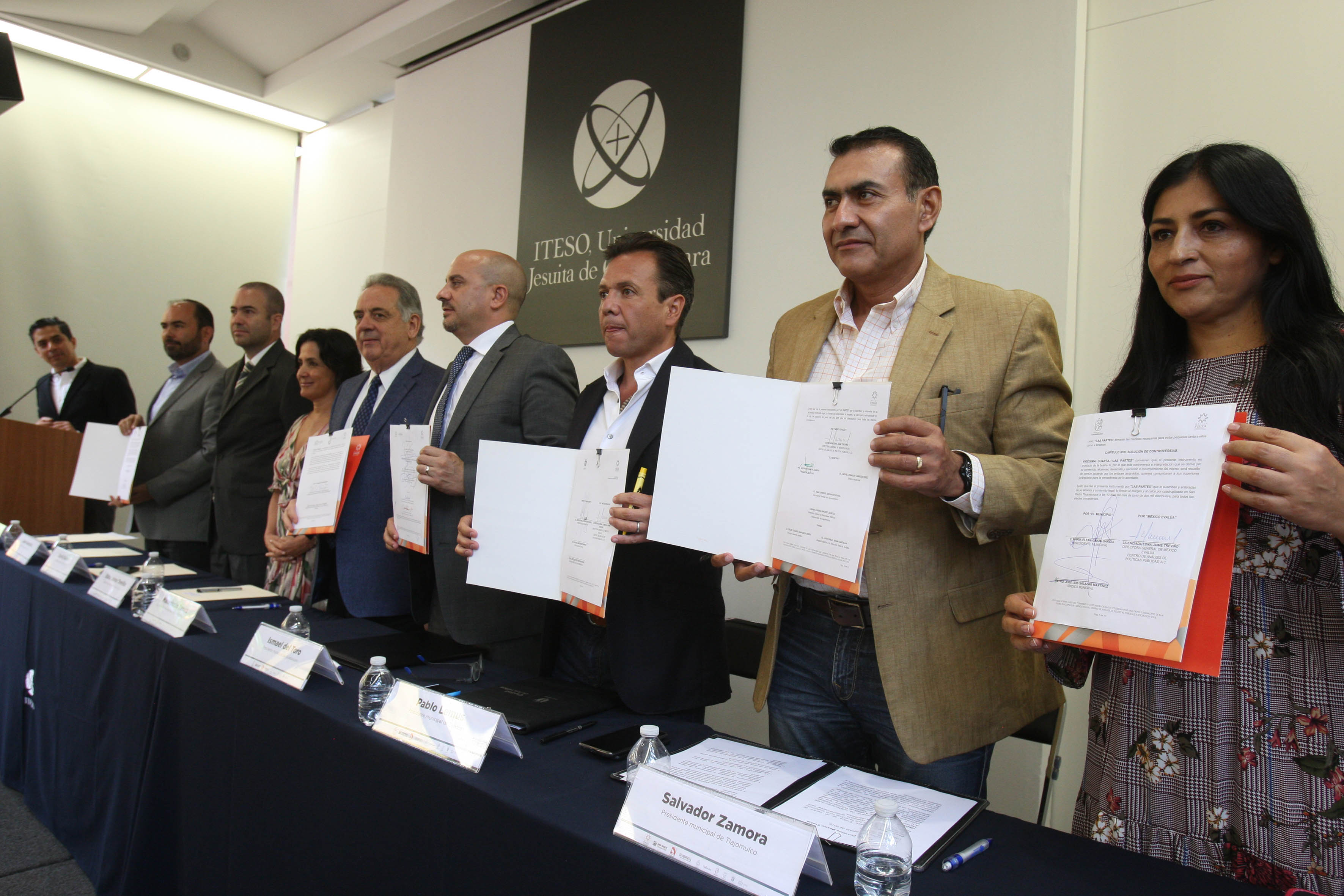 México Evalúa is an independent think tank that provides evidence on the quality and effectiveness of Mexican public policies – with an emphasis on security – by analyzing their design, monitoring their implementation, and evaluating their results. Treviño said the aim of the collaboration will be to create “a well-fitting suit” so municipal authorities can operate with “more intelligence and efficiency.”