Despite the soaring number of confirmed dengue cases in Jalisco, and outbreaks reported in several Guadalajara colonias, the general population doesn’t take the illness seriously enough, a University of Guadalajara researcher said this week. 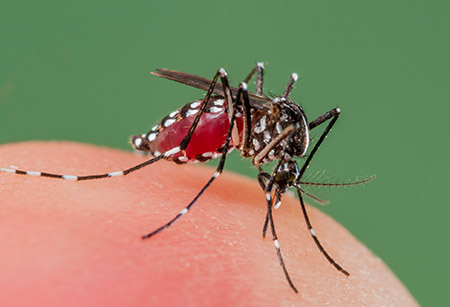 “Some people think that dengue is just a few days feeling bad. I’ll be okay taking more liquids, some Paracetamol; there’s no need to go to the hospital,”  Dr. Ezequiel Magallón told reporters.

The problem with this is twofold, Magallón said.  “It doesn’t help us with (compiling) epidemiological data, and the patient’s condition could worsen.”

While the majority of dengue cases are not life-threatening, the more severe type, hemorrhagic dengue fever, can be fatal.

Hemorrhagic dengue symptoms often develop after someone is recovering from the milder dengue virus, which is characterized by a fever, a rash, and muscle and joint pain.

Symptoms of hemorrhagic dengue include bleeding under the skin, frequent vomiting and abdominal pain.

Prompt treatment can help prevent complications for patients with hemorrhagic dengue. People who receive care in the early stages of dengue infection often recover within a week, according to the Mayo Clinic.

The Jalisco Health Department (SSJ) this week confirmed that two people have died this month within the space of a week as a result of contracting dengue. The deceased were a 60-year-old man and a 86-year-old woman, both from Guadalajara.

Between August 11 and 17, the SSJ reported 295 new confirmed cases, 60 of them the hemorrhagic variety.  The total of confirmed cases for the year in Jalisco is 1,200. The highest number of cases are in Guadalajara, Zapopan, Puerto Vallarta, Sayula and Autlán de Navarro, the SSJ said. Significant dengue outbreaks have occurred in three Guadalajara colonias: Huentitán el Alto, Jalisco and Rancho Nuevo.

Jalisco is now in third place in the list of Mexican states with dengue cases, behind Veracruz and Chiapas.

Magallón also noted that while important, fumigation is not the most effective solution for reducing the spread of dengue. Clearing all roofs, patios, yards and gardens of unnecessary rubbish, especially any receptacle with standing water, is by far the best remedy, he said. Citizens should be more pro-active in this regard, he said, especially during the rainy season. “It is our responsibility to make sure we don’t allow water to accumulate in and around our homes,” Magallón said.