The number of people reported as missing in Jalisco this year has shot up from an average of 8.9 to 14.5 per day, according to data from the Centro de Justicia para la Paz y el Desarrollo (CEPAD). 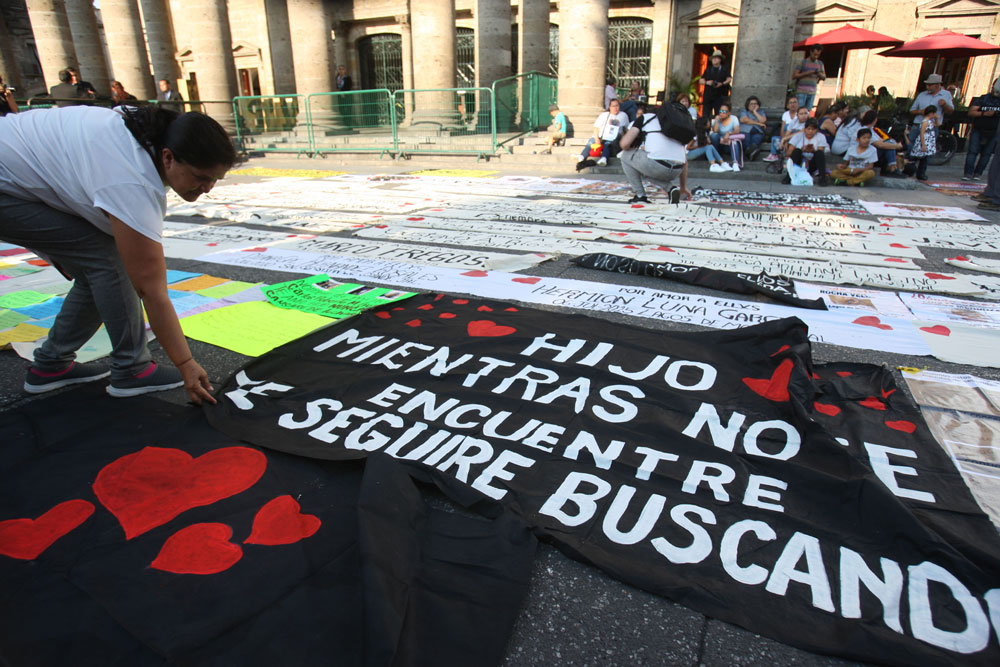 While many eventually turn up, scores do not, causing anguish and heartbreak for hundreds of families.

A few families get closure when their missing relatives are identified from mass graves – some 5,000 bodies have been discovered in more than 3,000 graves since late 2006, Karla Quintana, the head of the government’s National Search Commission, revealed this week.  Hardly a week goes by in Jalisco without a report of the discovery of a new grave containing multiple bodies.

The majority simply stay missing.   In Jalisco, the whereabouts of 3,579 people are currently unknown. In all of Mexico the figure is above 40,000.

Last Friday, on International Day of the Disappeared, family members of missing persons, representatives of NGOs and concerned citizens gathered in downtown Guadalajara to remember their loved ones and issue a reminder as to the scale of the problem.  The mood was somber, but above all there was resentment that not enough is being done to help families in their quest for answers.

Since taking office, President Andres Manuel Lopez Obrador has vowed to step up the search for the disappeared and – for the first time in Mexico – will allow international organizations into the country to assist in this effort.

The situation in Jalisco is less encouraging, families here say.  The local congress has labored to pass any legislation regarding missing persons that might bring some positive results.  Esperanza Chávez Cárdenas, a representative of the family support group Por Amor a Ellxs, says the number of missing is increasing all the time and the state government “fails to see the magnitude of the problem.”

Indifference is also an issue.  Much of the violence in Mexico is between warring factions of drug cartels.  The disappearances are a logical by-product of these disputes. After a decade of violence, many citizens are experiencing “outrage fatigue” and prefer to close their eyes to the problem.