Alarmed by a recent uptick in property crime in the lakeshore area, Macedonio Tamez Guajardo, the head of Jalisco’s Security Cabinet, hastily scheduled an open meeting with Chapala residents to address their concerns on behalf of Governor Enrique Alfaro. 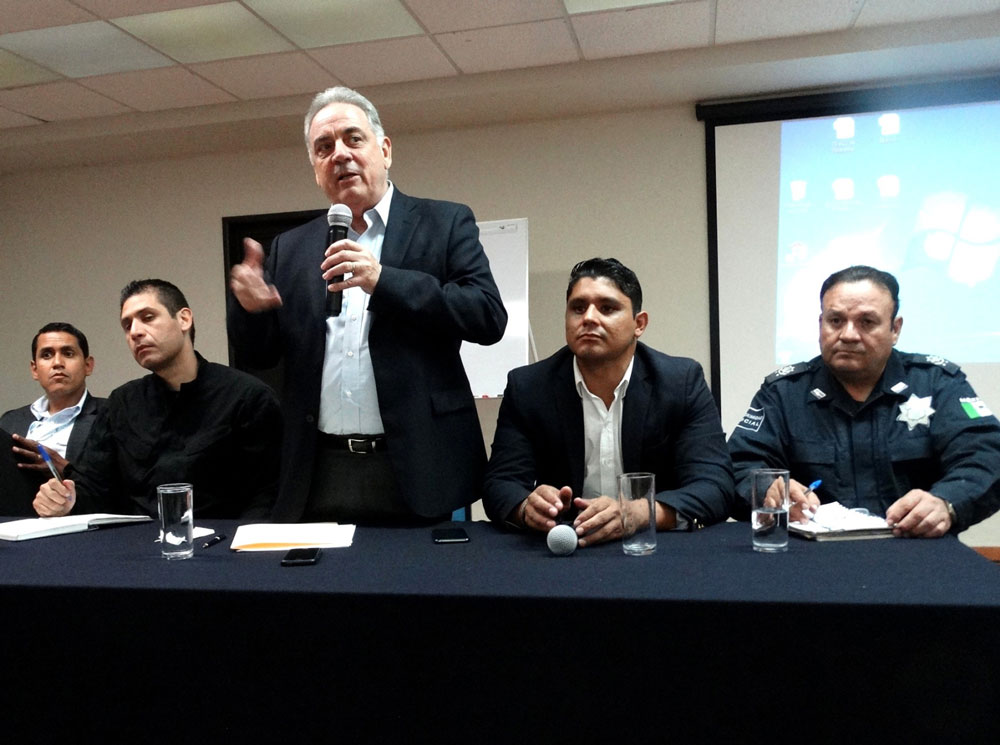 The town hall session, held Tuesday, October 29 at Ajijic’s Hotel Real, brought together a mixed crowd of  around 90 Mexican and foreign nationals anxious to express experiences as crime victims, anxieties over threats to their safety and suggestions on enhancing the prevention and prosecution of criminal activity.

In brief introductory remarks, Anaya acknowledged deficiencies in operation of the local police force as the community’s primary crime prevention shield. He stressed that his administration has been handicapped by federal government’s decision to take a hatchet to Fortaseg, the subsidy program for municipalities applied to fund police training and salary raises, the purchase of patrol vehicles and equipment, and infrastructure improvements. Already suffering from financial restraints, Chapala was completely cut out of the program this year.