Jalisco authorities are investigating the presumed homicide of a Chapala man who made his living as an executive taxi driver.

José Antonio Castro Solís, 27, was reported as missing after failing to return home from a run to Ixtlahuacán de los Membrillos booked between midnight and 1 a.m. on Sunday, December 27. A poster circulated by his family on social media indicated he was driving a late model Kia bearing Jalisco license tag HP9210. 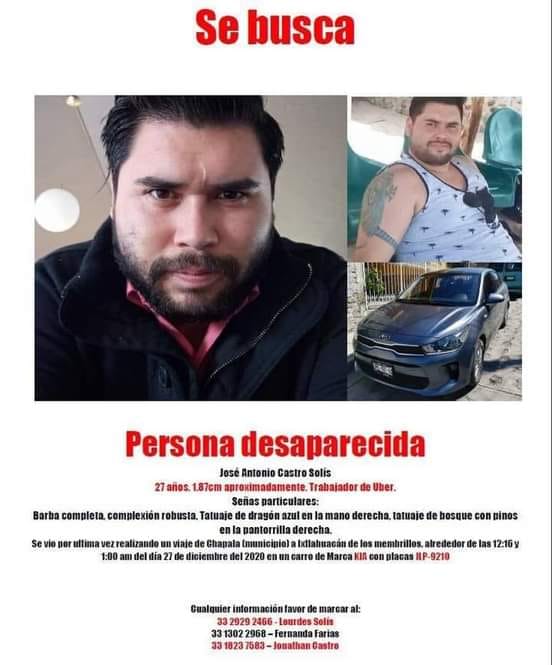 The young man’s body was discovered around 7:40 p.m. on the same date, lying on the dirt road that links the town of Santa Cruz de la Soledad to Ixtlahuacan’s municipal seat.  While investigators sent to the scene reported that the corpse showed signs of a violent attack, the exact cause of death will be determined by autopsy.