The Jalisco Philharmonic Orchestra (OFJ) suspended its presentations in the Teatro Degollado in March due to the novel coronavirus and, even though nobody is sure how much longer the “cuarentena” will last, the state’s Culture Department (SC) is attempting to serve the public by enlisting the musicians to post enjoyable, educational, solo performances online, along with other presentations. 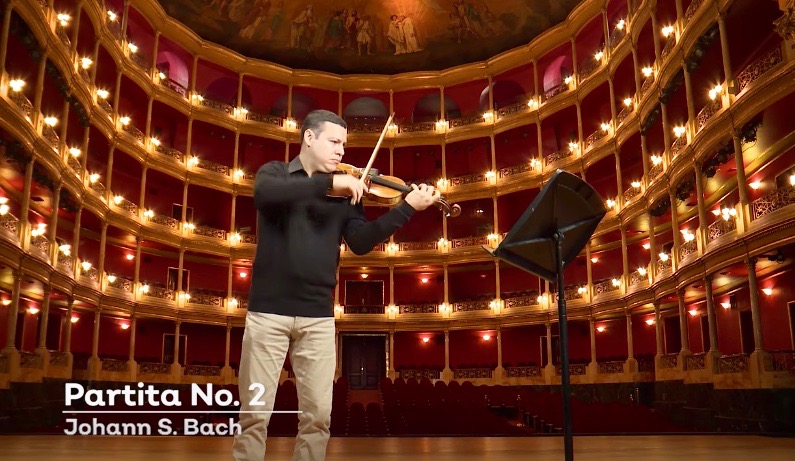 Named #BotiquinCulturalJalisco (Jalisco cultural first-aid kit), the effort also includes full OFJ performances from the past, music appreciation talks, master classes, didactic sessions and children’s events, the SC announced. Children’s events, including the movie “Coco,” are scheduled for Fridays, while other specific presentations, such as individual musicians performing solo are supposed to be on Mondays and Wednesdays. On any one day, five or more individual performances may be posted, some given from homes and some from the Degollado.

The orchestra’s website, ofj.com.mx is one page that is supposed to display these special options, but so far most of the action appears to be on the Facebook page, Orquesta Filarmónica de Jalisco, where new events, including messages from the governor and Orchestra Director Jesus Medina, appear so many times per day that one is hard pressed to locate a favorite to replay, except through one’s history menu.

Part of the down-time of culture and orchestra staff and musicians coincided with their normal Easter vacation, which is not yet over, but they nevertheless appear to be hard at work to keep music lovers occupied.