The recent passing of Hugh Hefner, the Playboy magazine founder perpetually draped with blonde, big-busted women, puts the Guadalajara Reporter in a mind to acknowledge his passing vis-a-vis a story told to us by lakeside’s own Rosemary Grayson about how she became Miss October 1964 – and the magazine’s first British playmate. 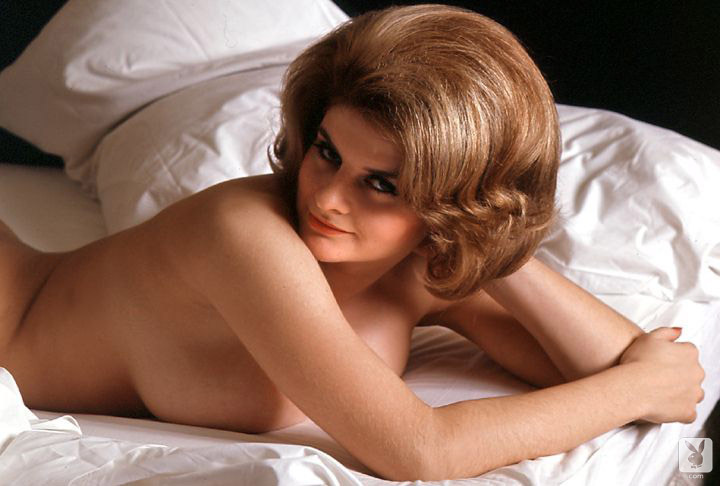 In 1963, Grayson, a fresh-faced journalism student at Exeter University in England, flew to New York, eager to explore the colonies.  After working as a cocktail waitress in Toronto for a time, she lit out for Chicago after hearing tell of a certain twinkly-eyed millionaire who resided there, who she thought would make a fine subject for an article.  She describes the circumstances leading to her first meeting with the man thus:

“I had just arrived in Chicago on a Greyhound bus, made a beeline for the nearest public phone, dialed, and managed to reach a woman on Playboy Magazine’s switchboard.  Although she refused me Hugh Hefner’s phone number, she oddly enough had no problem giving me his home address on North State Parkway.”

To those who may be asking, “But, didn’t Hugh Hefner live in Los Angeles?”, let us enlighten you with the following biographical snippet: Playboy Magazine was started in Chicago by Hefner, a graduate in psychology from University of Illinois. In 1953, he managed to scrape together $US8,000 in startup money from various investors, one of which was his own mother.  He produced the first edition in his own kitchen, cribbing for its cover a photo from a 1949 Marilyn Monroe calendar shoot.

Ten years later and Hefner was living in a mansion staffed by a young black butler with a white wig and knocker on the front door which read in Latin, “If you don’t swing, don’t ring.” It was through this entrance that Grayson was ushered by said butler.

“Charming Hef, smiling and smoking his pipe in silk pajamas, gave me a superb interview,” said Grayson.  “What a bull’s eye! Then, when I was ready to wrap things up and run like a rabbit, Hef gently sat me down and suggested that I might like to be their next centerfold.”

Although at first she turned him down, his lantern-jawed American persuasiveness eventually prevailed; after a six-month tour of the States, she decided to take Hefner up on his offer, arriving in Chicago from Miami for “topless and bikini-style test shots.”

“I was invited to join Hef in the big round bed,” remembered Grayson. “I can happily and possibly disappointingly reveal every detail.  We pored over the early prototypes for the magazine he still kept around. They were like appalling scrap books on brown sugar paper! Every badly shot black-and-white photo featured Hef with some dire-looking girl or other. Yet, he was fearless in his faith that it would eventually metamorphose into the glossy, tasteful, informative American’s dream of a sexual Shangri-la, which of course had come to pass.”

After the photo shoot was over, Grayson became, for a time, part of the “Playboy family,” an experience she recalls with fondness. 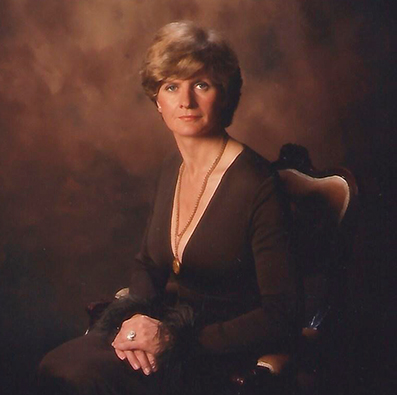 “You’d think [the other Playboy bunnies] would be the type to scratch your eyes out, but no, they were all very nice,” said Grayson.

However, she also noted that in the long term, it did nothing for the achievement of her career goals.

“I wasn’t in showbiz, I didn’t need the publicity.”

However, since the 1964 photo shoot, she seems to have dodged around whatever potholes were put in her path by virtue of her brief career as a nude model. After working as a journalist for the British ITV news network, she moved to Manchester and opened the first branch of the now-international P.R. firm Edelman Worldwide.  Then, in 1980, she became a magistrate, adjudicating criminal cases in the same Northern England metropolis.

In a 2015 interview with PBS, Grayson fondly recalled a brief reunion with Hugh Hefner 36 years after her fateful first meeting with the American icon.

Grayson also maintained a friendship with Hefner’s longtime friend and business partner Victor Lownes until his death earlier this January.  She still remembers a conversation they shared, during which she asked the man what exactly defines a “playboy.”

“Somebody who’s having more sex than you are,” he replied.