The Chapala Preparatoria’s American-style football team is ready for another level of play. 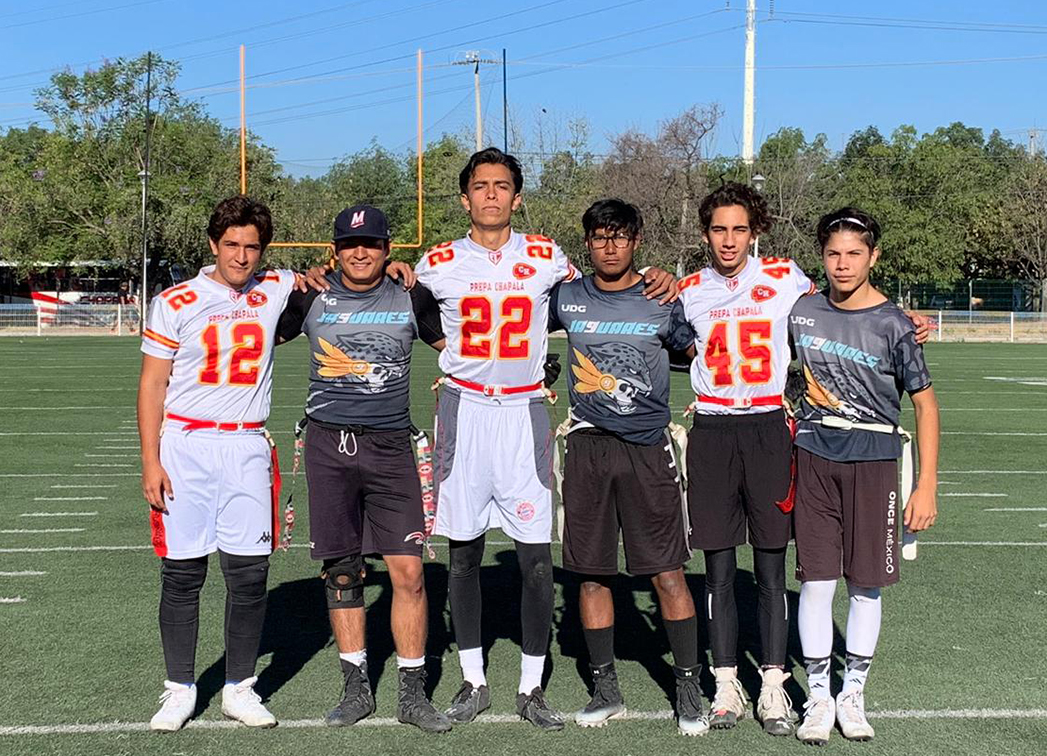 Part of the University of Guadalajara’s SEMS league, the high-school team has won eight touch football games in the last two months, but needs gear to play tackle. Chapala’s entry into futbol americano started in 2016 under coach Enrique Aguilar Ruiz, who has more than 37 years’ involvement in the game, both as a player and trainer of high school and university students. He has previously coached the Carneros and Cardenals teams in Guadalajara. Both men and women play for the Chiefs, with a roster of 21 students.

Football is an extracurricular activity; school funds don’t support it and most students don’t have the ability to purchase a uniform, let alone helmets, pads and the rest of the equipment required to play the true game.

The Chiefs will get a boost from the Lake Chapala Society (LCS), which is holding a fundraiser called “Funky Ball for All” on Friday, June 7. The event is billed as a carnival that ends up with a dance.

“As part of LCS’ mission and vision of enriching our community’s quality of life through the exchange of knowledge, expertise, culture, heritage and language, we feel compelled to support this petition for help,” says Terry Vidal, LCS executive director. “After all, with all of the NFL and CFL fans among us, we are the likely new booster for the local high school.”

Says Vidal: “Come and support this cross-cultural event, wear your favorite football jersey and play carnival games and dance the afternoon away. Hot dogs and hamburgers are on the menu.”

The fun, food and games are from 4 to 9 p.m. and music, by local teenage sensations The Waynes, begins around 6 p.m. Tickets are 250 pesos and are available at LCS.