Mexico beat the United States for the second time this month to earn the WBSC Premier12 bronze medal and the spot of the Americas Region in the Tokyo 2020 Olympics – the first time this nation will compete in the baseball competition. 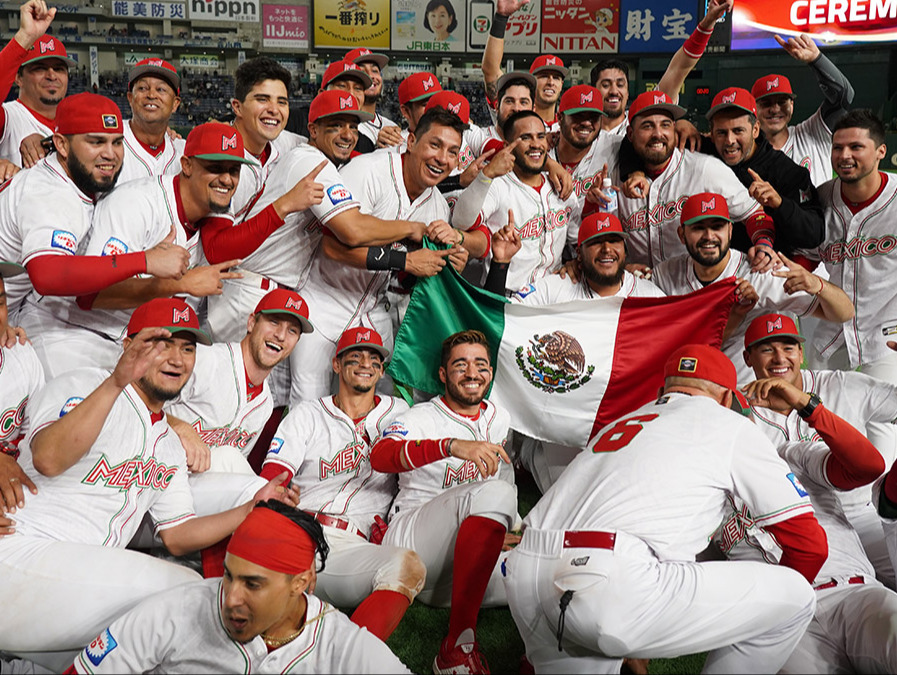 Mexico had already triumphed over its northern rival in a Premier12 group stage game held in Guadalajara earlier this month.  The bronze medal game in the Tokyo Dome was a much closer affair, going to extra innings when tied at 2-2.

First baseman Efren Navarro singled on a broken-bat blooper in the bottom of the tenth to give Mexico a 3-2 victory.

The United States came just three outs short of the win. Noah Song had allowed only a walk in 1.1 innings and handed the ball to closer Brandon Dickson with a one-run lead to work with in the bottom of the ninth. Up stepped Mexico’s designated hitter Matthew Clark – who, ironically, was born in the United States – who homered on the third pitch to tie the game.

“I was looking for something high in the zone,” said Clark after being awarded as the Hublot Player of the Game. “He hanged a split-finger and I was fortunate enough to make the most of it.”

“I’m very happy about winning this game and earning the bronze medal,” Mexico’s coach Juan Gabriel Castro said after the game. “But I’m even more happy for the qualification for the Olympic Games. It’s the first time ever that Mexico will play Olympic baseball, and I’m very proud of it.”

Japan won the Premier12 gold medal on home turf, beating Korea 5-3 in front of an ecstatic crowd of 44,960.