Thirteen Jalisco-resident female Mexican firefighters have been formally incorporated into a special unit that – for the time being – will carry out labors in the Bosque La Primavera, the large forestal zone located on the western edge of Guadalajara. 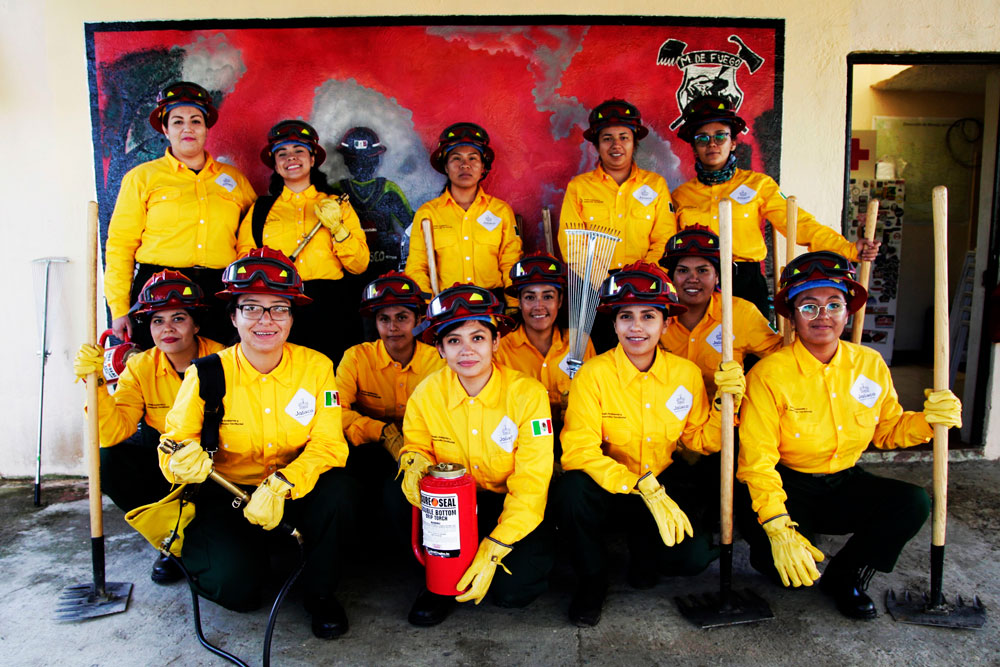 The 13 were among 30 women who participated in the first-ever firefighting course just for women, heldduring the first week of October in Guadalajara.

The all-female team will be under the operational control of the Jalisco Environment Secretary (Semadet), which has 194 firefighters under its wing, all but one of whom are men.

The new team will concentrate its activities on preventive measures, in preparation for next year’s “dry season,” when brush fires in the Primavera are commonplace.