Burnt out from the withering heat of the past month? Take heart.  The annual fiestas patronales in San Antonio Tlayacapan are now in progress, giving a sure sign that blessed relief is on the horizon. 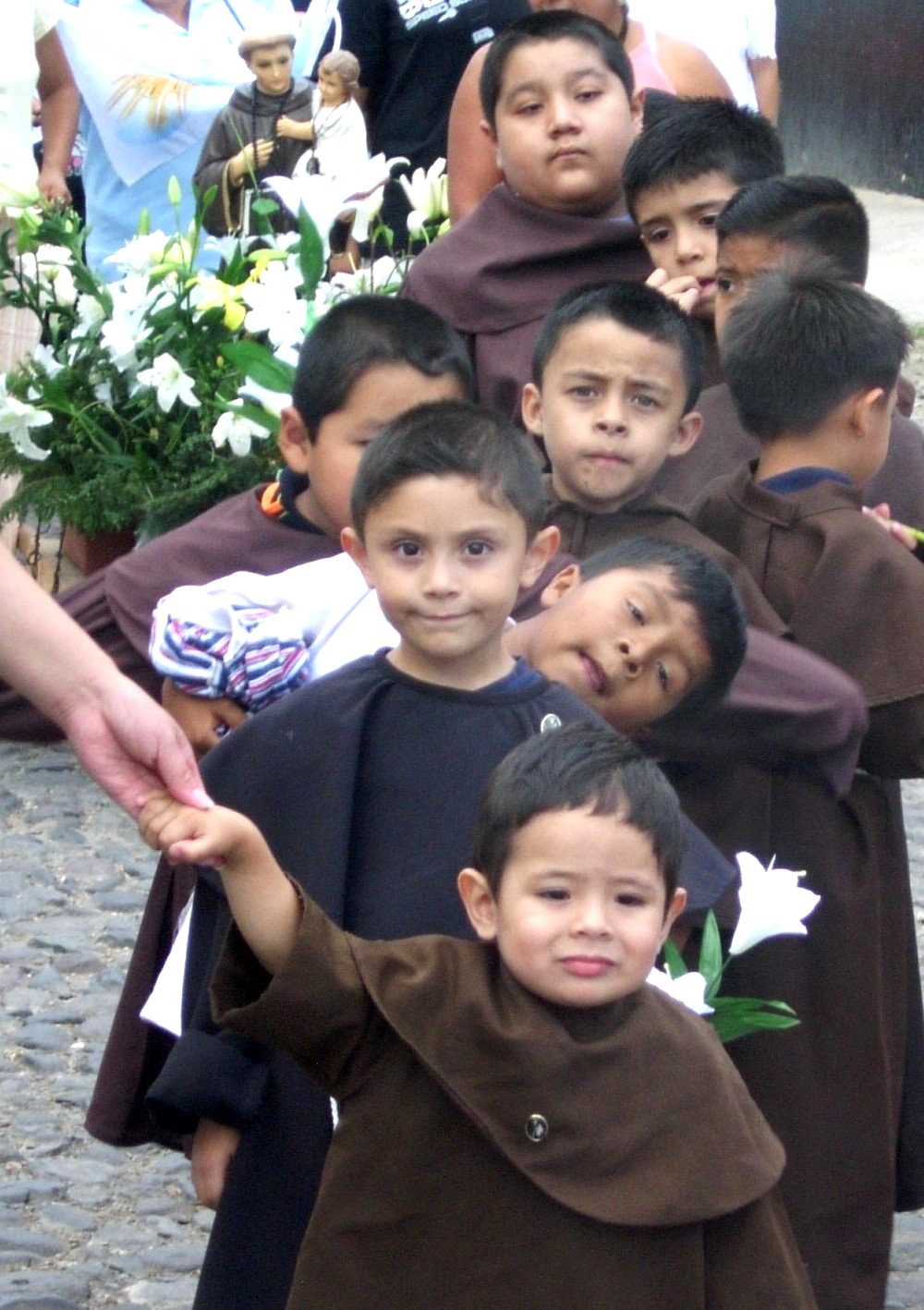 The novenario (nine-day celebration) honoring the town’s spiritual patron, Saint Anthony of Padua, commenced on Wednesday, June 5. Conventional wisdom holds that June 13, the final day of festivities, coincides with the start of the rainy season. Often as not, before that date comes around, one or more chubascos (sudden storms) will unleash natural sound and fury, adding to the ear-splitting cohetes (sky rockets), pealing church bells and live music that lend life to the party.

For the faithful, religious observances starting daily at 6 a.m. are the core of the celebration. In addition to attending services at the parish church, townspeople pay tribute to San Antonio every evening by parading through the streets in company with a statue of the saint. Toddlers and children take the lead, wearing brown robes belted with knotted white cords, emulating the attire of the Franciscan brotherhood.  Handsomely adorned floats depicting sacred themes, ritual dancers decked out in indigenous costumes and marching bands join the pilgrims’ entourage. The processions are scheduled to precede the celebration of Mass, setting off around 7 p.m. on all dates except June 13 when it starts an hour earlier. 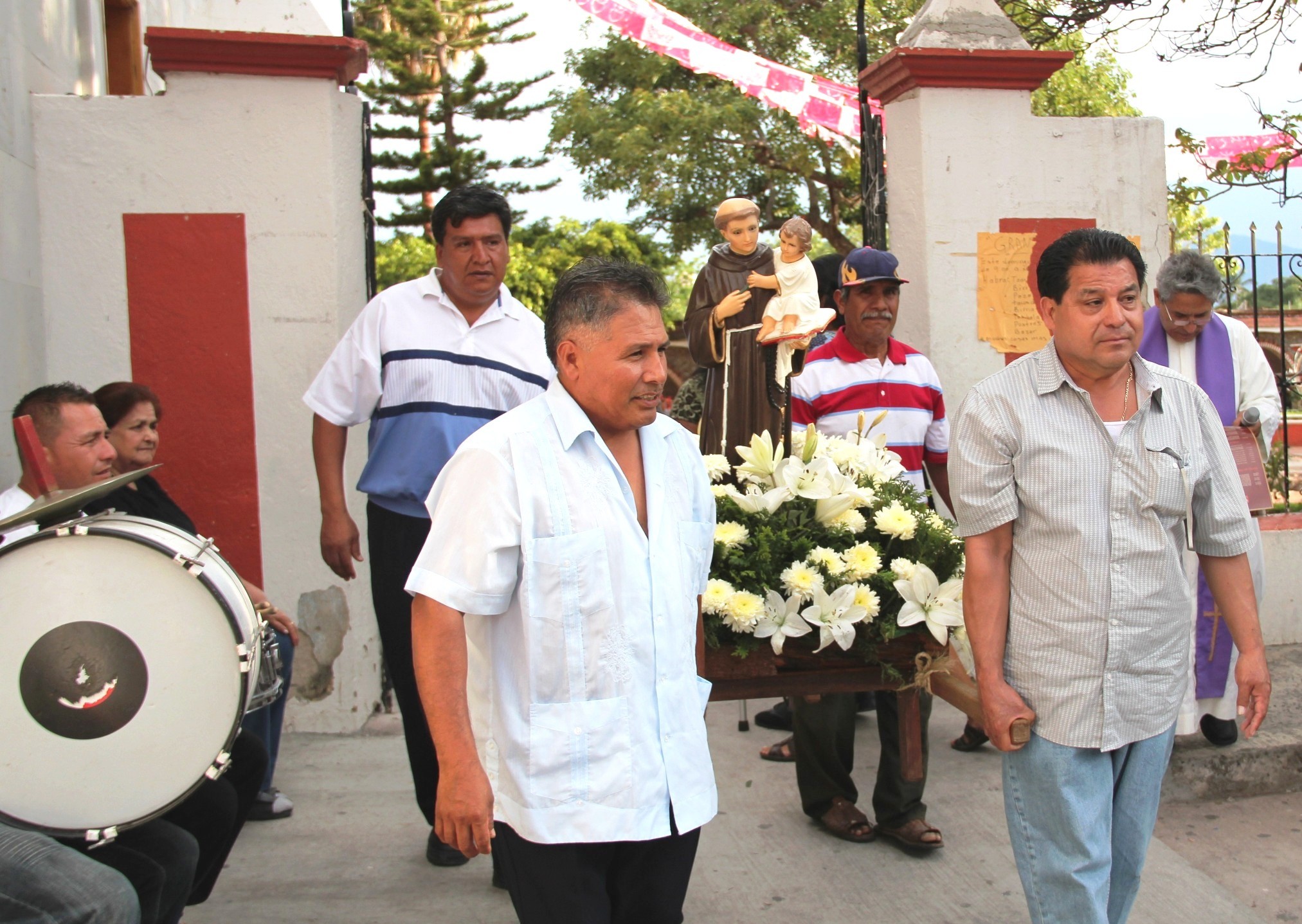 The secular side of the fiesta unfolds after the nightly church services with a verbena popular (fair) centered at the plaza. Attractions include mechanical rides, carnival games, street vendors hawking all sorts of merchandise and tents set up for serving typical food and beverages. Live entertainment, with headline bands taking the stage at 9 p.m., keeps crowds jumping throughout the night. Barring major downpours, dazzling castillo fireworks displays are ignited between 9:30 and 10 p.m.

San Antonio is distinguished as the place where Franciscan friars built the north shore’s first Christian church around 1531. All that remains of the original edifice is the bell tower that stands today in the patio of the town’s elementary school.

In religious images Saint Anthony is commonly portrayed embracing the Christ Child, or grasping a branch of white lilies as a symbol of purity, or a book representing the messages of the gospel. He is revered as the patron saint of sailors, fishermen and the poor. He is frequently invoked to aid in the recovery of lost items and missing persons. A popular plea recited by English-speaking followers is “Tony, Tony, turn around. Something’s lost and must be found.”