Branden & James are back in Ajijic with a brand new show, “The Phantom of The Greatest Showman” — a musical mash-up of two of the greatest love stories ever told. 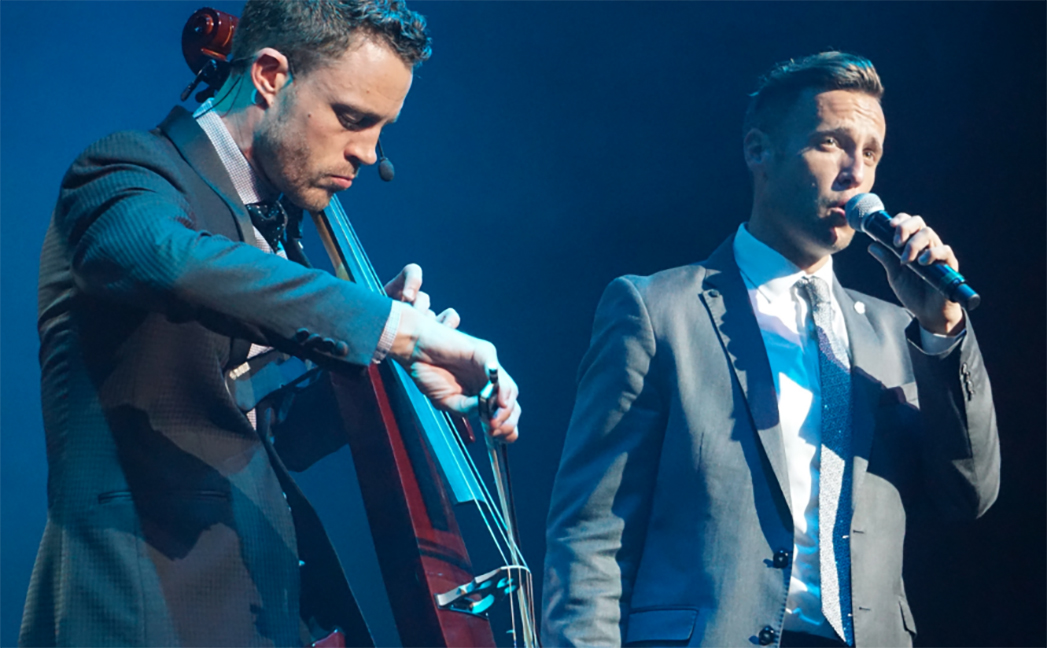 The duo present a concert of some of the world’s most beloved melodies from these two epic movie musicals. They will also present several songs from their new album recently recorded with DECCA records producer Patrick Hamilton. The duo will present four concerts at The Spotlight Club, January 10-12, each night at 7 p.m. and an extra matinee show January 12 at 4 p.m.

The energy and fever behind their music has a story to tell of their unique pairing. Branden had a successful career onstage and in recording prior to his meeting Australian cellist James Clark. He had appeared at the Metropolitan Opera, the Lyric Opera of Chicago and Los Angeles Opera, as well as in two world tours with the Twelve Tenors. James brought to the mix his own accomplishments as guest cellist for Olivia Newton John, Idina Menzel and Bernadette Peters in multiple concerts. Together they have shared the stage with Sarah Maclachan, Rita Moreno, Sally Struthers, Loretta Divine, Bruce Vilanch, Constantine Maroulis, Pia Toscano and the PussyCat Dolls. They regularly entertain for various cruise lines, weaving familiar melodies of pop tunes in a classical style with their own unique sound. During the past two years they have played in Australia, Dubai, Havana, Greece, Hong Kong, Italy and Vancouver. Stateside they continue to conquer the cabaret scene and in Mexico they play at The Palm Cabaret in Puerto Vallarta in late January and though February.