A month before the rest of the world gets to see the feature film “Redwood Highway” starring Shirley Knight and Tom Skerritt, Ajijic gets three more chances. James Twyman, the producer and co-screenwriter of the film, moved to the area six weeks ago and decided to give the Lake Chapala region the first sneak peak at the movie. Three screenings at El Piano Rojo sold out in a matter of days, so Twyman has decided to add three more.

Written and directed by Barbara Clippinger, Lakeside Little Theatre’s current production, “Hooray for Hollywood” is more than just another review. It has a storyline and a very interesting one at that. Clippinger’s plot cleverly focuses on the large number of popular and well-known songs that were never even nominated for an Academy Award. 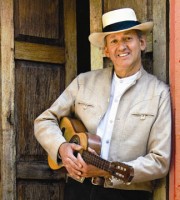 The Auditorio de la Ribera was packed for the Scotiabank Northern Lights Music Festival’s “Concerto for One” by Tracy Silverman, on Sunday, February 23.  Silverman, the inventor of a remarkable instrument, put it best when he described the evening as a “six string solo electric violin concert.”

Every Thursday morning Jerry Wolfe (right) and his partner Hal Coats can be found at Viva Mexico Restaurant where they donate their time preparing and distributing 90 dispensas of beans, rice, pasta and oats to needy residents in San Juan Cosala.

The 12th annual Scotiabank Northern Lights Music Festival is off to a good start. 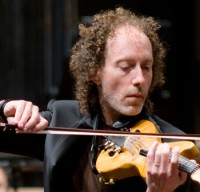 Our preview of the 12th annual Scotiabank Northern Lights Music Festival now turns to the second week, which will feature the usual range of exceptional music.