Days before the official start of Ajijic’s raucous fiestas patronales, folks with an intense aversion to noise were already going bonkers. 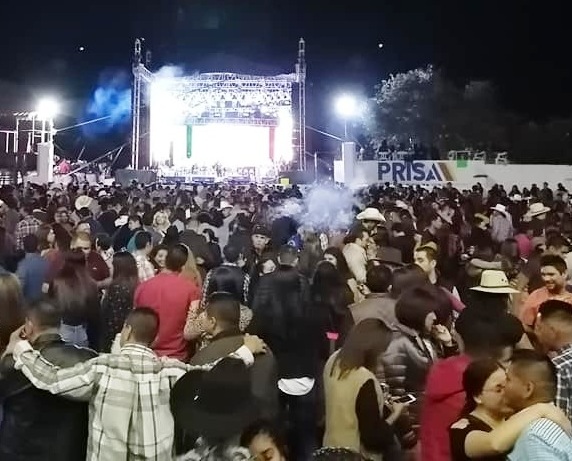 An event held at the Ajijic bullring last Saturday caused quite an uproar on social media initiated by a fairly new resident of La Floresta.

Advertised as an American rodeo, the rowdy happening was really a marathon of banda music, featuring six groups that alternated sets to keep a large crowd of fans jumping from 4 p.m. until 2 a.m.

Venting his outrage at being deprived of a good night’s sleep, the infuriated neighbor not only griped about the volume and length of the concert, but also disparaged the banda style calling it “horrible.” Take a look at a photo of the scene to grasp that’s not an acceptable adjective for the enthusiastic throng in attendance.

The two week blowout honoring santo patrón Andrew the Apostle is an essential part of the town’s heart and soul. Like it or not, the celebration comes with NOISE, lots of it, round-the-clock, at unimaginable levels that could blow out your handy decibel gauge.