Lake Chapala’s natural attributes have be a magnet for artists from around the globe for well over a century. It’s no surprise that creative juices imported from far off places rubbed off on the native populace. 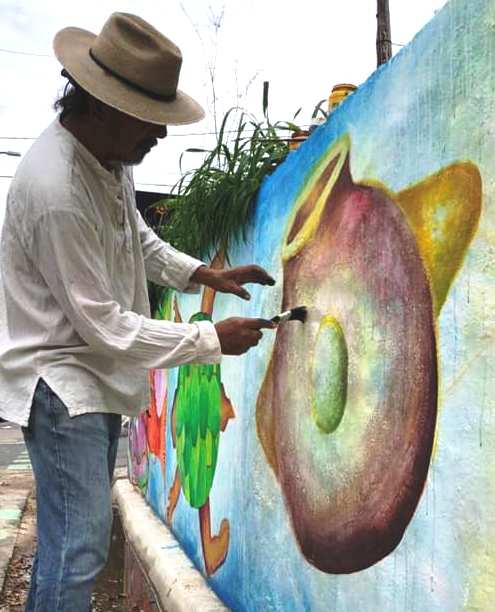 Ajijic, noted for the myriad color schemes chosen by inhabitants to adorn the fronts of their abodes, now abounds in dazzling street art.

I have no clue as to who painted the first mural hereabouts. Perhaps the notion arose among the first protégés of writer and artist patron Neill James. Among them is Antonio López Vega who earned her patronage to hone his talents at the famed San Miguel de Allende art academy

At the moment Antonio and some helpers have been restoring the mural tribute to the lake he painted a few years back along the north side the carretera that was apparently erased in the frantic race to finish the new improved cycling path. But that’s another story.