Though February 24 slipped by with little fanfare this year, it was Mexico’s Día de la Bandera, the national holiday commemorating the anniversary of the consummation of the War of Independence in 1821 and the subsequent adoption of the country’s first flag. 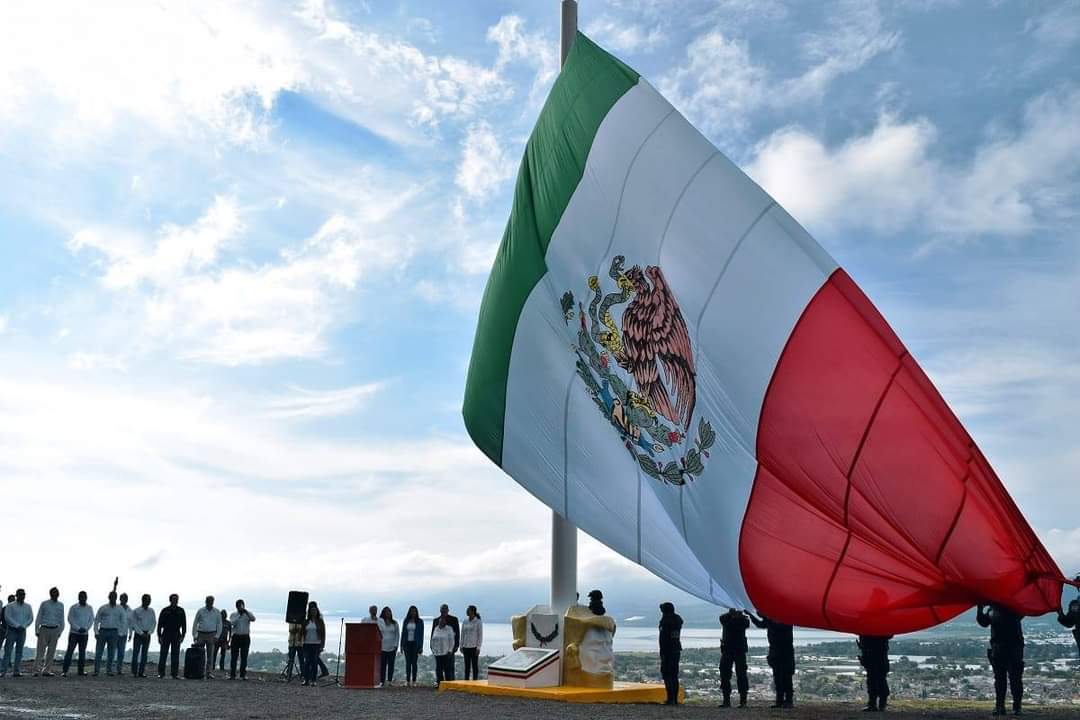 Most mexicanos have a deep-seated soft spot for the handsome tricolor banner. Their sentiments of patriotism, respect and affection and respect were instilled from childhood. For countless generations school kids have been lined up in tight formation before starting classes on the Monday of each week for a traditional honores a la bandera ceremony.

Expats generally identify the Mexican flag by its equal-sized green, white and red vertical panels and the distinctive coat-of-arms appearing at dead center. The emblem of an eagle perched on a cactus with a snake grasped in its beak is a symbolic representation of the legendary founding of the Aztec capital Tenochtitlán, the bedrock of today’s Mexico City.

Here are some few bits of bandera trivia compiled for readers curious about lesser-known facts.

• Characteristics of the coat-of-arms have evolved over the past two centuries, with the official design essentially unchanged since 1968.