Spring has arrived and the snowbirds are beginning their annual flights north. 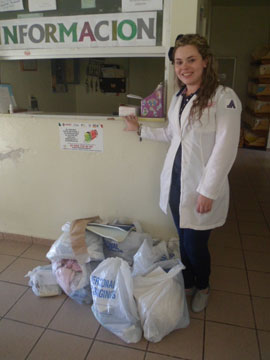 Donations of clothes are gratefully accepted by the Bucerias and La Cruz Tercera Edad Senior Center, Manos de Amor Children’s Shelter (329-298-3680) and the Beta Sigma Phi Sorority (they will collect and distribute to seniors and needy families in Bucerias and La Cruz).

Used books are accepted by the Biblioteca Rey Nayar (Bucerias Children’s Library). If the books are not suitable for their collection, they will go into their used books sale to raise funds. Contact Norma at the library, Monday to Friday, 1-5 p.m. or 298-3334; or Rita Kollock at 298-1263.

The opportunity for people to go out and taste the best Riviera Nayarit and Puerto Vallarta cuisine at very reasonable prices is back again this year: Restaurant Week starts May 15 and runs through the end of the month.

Paco Ojeda, editorial director of Vallarta Lifestyles Magazine and organizer of the event with Juan Pablo Hernández, has announced a preliminary list of 36 restaurants that will be offering three menu options with three courses each for only 199 or 299 pesos (beverages and tips not included).

“This is the only event of its kind in all of Mexico,” says Ojeda. “It’s been a hit because we’re holding it in May. In years past this particular month wasn’t a very dynamic one for the destination, but thanks to Restaurant Week and a few other events it has become a great time to visit the area.”

This culinary festival allows people an opportunity to sample different restaurants that perhaps they would never imagine visiting.  There are some restaurants that have been involved since the beginning of the event and others that are participating for the first time. Ojeda says the event has even persuaded some tourists to program their vacations during May to take advantage of the culinary promotions.

To see a list of restaurants participating this year go to http://virtualvallarta.com.

The promotions consist of discounts ranging from 25 to 45 percent, free extra nights and children staying free or other special deals.

The campaign was launched through social media channels such as Facebook, Twitter and Blogger and will be supported by the Riviera Nayarit Social Media Club through their own channels and databases, which they hope will give the campaign a wide reach.

The expected reach is 1.4 million people aged between 22 and 48 in Guadalajara, Mexico City, León, Querétaro, Aguascalientes, Toluca, Monterrey and Tepic. 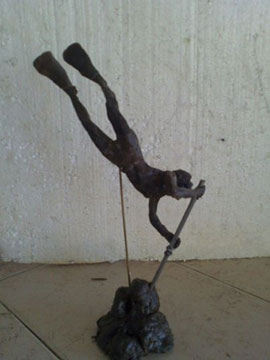 At a recent Investours Mexico gathering of intern college students and financial supporters, Elly Rohrer, executive director of the non-profit organization, announced that it is changing its name to Human Connections.

Investours is best known for its Bucerias walking tours of shops and restaurants started by local entrepreneurs who, as clients of the organization, have received microloans and marketing assistance to grow their businesses.

“Human Connections will continue to host tours, seminars, and internship programs that allow travelers and students to interact with local artisans,” said Rohrer.

She said that Investours Mexico is moving away from the international organization and creating its own base in Bucerias.

The last group of ten students that came to Bucerias this spring was from Northern Illinois University. They took a class called Global Social Ventures that allowed them to be consultants for an international organization.

Rohrer’s professional interests focus on Latin American cultures. She graduated from Tufts University in 2011 with a double major in International Relations and Latin American Studies. Rohrer has experience living, researching and working with non-profits throughout Latin America. She began working with Investours in 2011 and has been leading the local program since January 2012.

U.S. citizens who would like to know whether they need to re-register to vote in the state where they last voted can contact John Wilson-Bugbee at This email address is being protected from spambots. You need JavaScript enabled to view it..

Another way to do this is to check at www.canivote.org and select the state you voted in last and follow the links to the appropriate county.  Should a voter need to re-register, they can then go to www.votefromabroad.org.