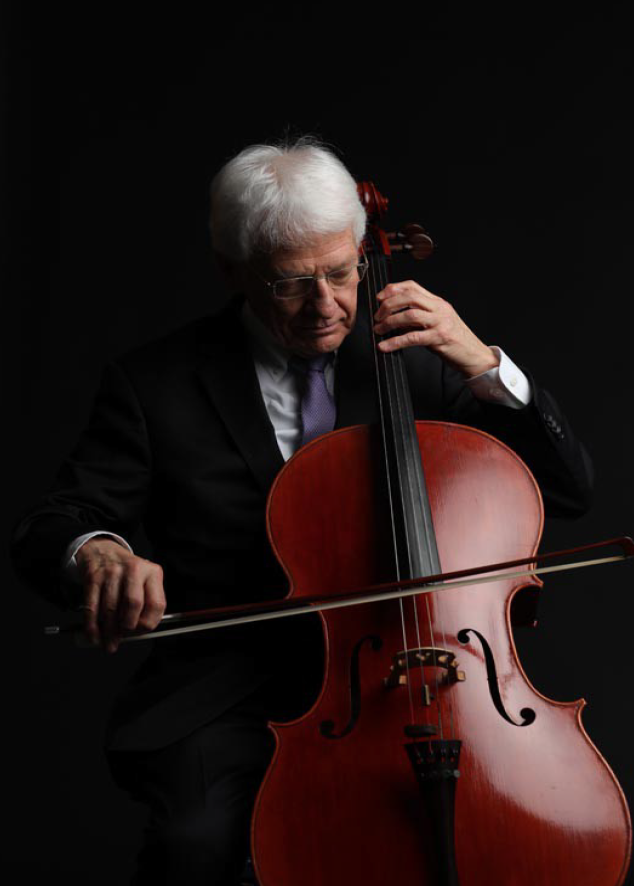 Moline, now retired, was a cellist with the Chicago Symphony  Orchestra for 39 years and has established a distinguished orchestral, chamber music, solo and recording career. He has performed in virtually every corner of the globe with many of the world’s greatest conductors and musicians.

Moline will be joined by three local musicians: Jean-Guy Comeau on piano, Daniel Oliveros on clarinet and Klaus Liebetanz on flute.

Especially for this event, John Henry Kreitler, a ten-time Emmy-award winning composer of concert, film/tv and theater music, has composed “Sonidos de Vallarta,” a four-part suite for cello, flute and clarinet. In addition to this world premiere, other works to be performed are by Duport, Tchaikovsky, Massenet, Granados and Piazzolla.

The IAMPV is a non-profit organization that provides musical education for students in Vallarta and its surrounding areas, as well as serving as an umbrella organization for the Puerto Vallarta Chamber Orchestra and the Salty Paws Jazz Orchestra.

Both evenings will begin with drinks and hors d’oeuvres at 6 p.m. followed by a 7 p.m. concert.  During the first hour there will be performances by IAMPV students. 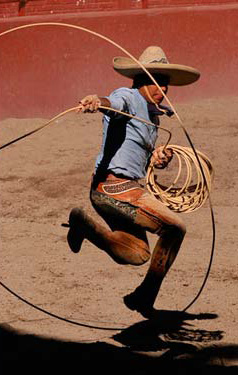 Lovers of all things equestrian should head over to the Arena Vallarta, which hosts the 8th Puerto Vallarta International Charro Championship from Thursday, January 31 through Sunday, February 3. Among the 30 or so teams competing will be outfits from Jalisco, the rest of Mexico and the United States.

A verbena (fiesta) on the Malecon at the Vallarta arches will kick off the event on Wednesday, January 30, 8 p.m. A Charro Parade will make its way down the Malecon, starting at the Hotel Rosita, on Friday, February 1, 11 a.m.

Entry to the competition costs 100 pesos on Thursday and Friday, and 200 pesos on Saturday and Sunday (finals day).

Charreria is rooted in animal husbandry practices of the colonial era that gave rise to competitions between ranch hands who worked large agricultural estates.  The modern-day charreada evolved to preserve those customs as haciendas were disbanded on the heels of the Mexican Revolution.

Nowadays a charreada comprises challenges in nine distinct reining, roping and riding suertes (tricks) presented in an established order, with three teams of horsemen competing against one another. Contestants are scored on style and execution in each suerte, accumulating points to determine the winning team.

Charrerias overflow with Mexican flavor and atmosphere, as bands are always on hand to keep the audience entertained during the breaks in action. A high point of each day are the thrilling displays by escaramuzas (teams of female riders), who execute complex synchronized maneuvers with amazing skill and grace.

The Arena Vallarta is located in El Colorado, 20 minutes from the Puerto Vallarta Airport (see https://arenavallarta.com for map and details). 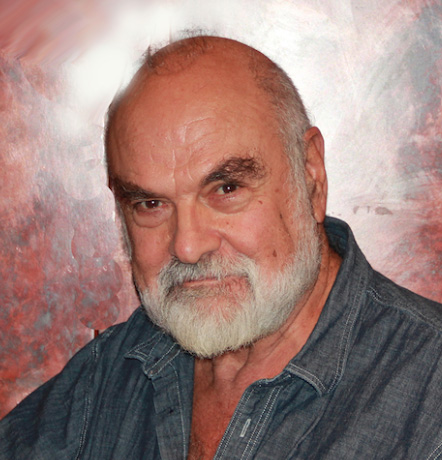 Canadian Leonard Cohen, who died in 2016 aged 82, was an iconic singer-songwriter, poet and novelist who explored religion, politics, isolation, sexuality and romantic relationships.  Some of his best known songs include “Hallelujah,” “Everybody Knows,” “Suzanne” and “So Long Marriane.”

Zeller, who has taken lead roles in New York shows such as “Fiddler on the Roof” has been performing in the Puerto Vallarta area for the past 14 years.

Combined dinner and show tickets cost 650 pesos (show only 350 pesos) and can be purchased  at boutiquetheatre.org or the box office.  The Boutique Dinner is located above Nacho Daddy at Basilio Badillo 287, Colonia Emiliano Zapata, tel: (322) 728-6878.

Painting, sculpture, literature, music, installation, dance and much more will be seen in different parts of the city between January 23 and 27 in the first edition of the Festival Vallarte. 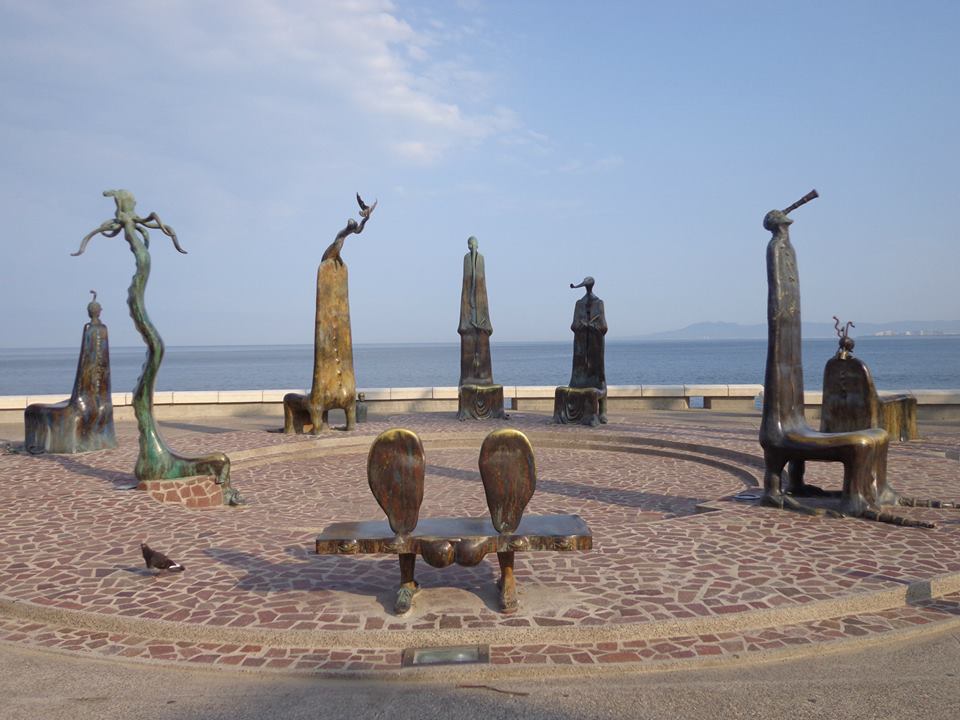 Famed Jalisco artist Alejandro Colunga will open the festival at his own work, the Rotunda del Mar on the Vallarta malecon, on Wednesday, January 23, 6 p.m.

The library benefit art auction and sale, the facility’s biggest annual fundraising event, takes place Thursday, January 24, 6-10 p.m.  As well as great art going on the block, attendees will be able to bid in a silent auction on a range of exciting items, including  hotel stays, spa treatments and restaurant dinners. Food, drink and music will all be on hand.

The auction evening will also feature an ongoing art installation by students from the Universidad de Guadalajara.  The library is located at  Francisco Villa 1001, one block before Costco and La Comer.

Some 5,000 Vallarta children received Three Kings Day gifts donated by local businesses, government agencies and individuals on January 6.  The presents were distributed by 30 Family Development Agency (DIF) workers and other municipal officials. The “Juguetón 2019” event was coordinated by the DIF, in association with TV Azteca and Plaza Caracol. 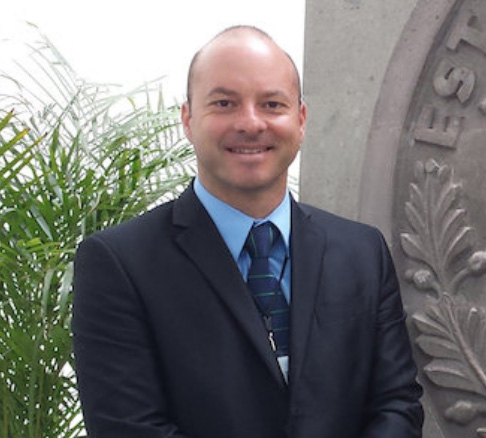 Are you confused about Mexico? Do you have questions about the country, its people or customs? Connect with Mexico describes itself as “a series of friendly conversations for English-speaking individuals living in or visiting Puerto Vallarta, to expand their understanding of their adopted country, Mexico.”

Hosted by English-speaking Carlos Navarro, who recently served as political analyst and policy adviser to the chief of staff to the president of Mexico, Connect With Mexico meets at the Boutique Theatre (Basilio Badillo 287) every Thursday, 11 a.m.  For more information, see connectwithmexico.com.

Passenger traffic at the Puerto Vallarta International airport grew by just over five percent in 2018, compared to the previous year, the airport’s operators, Grupo Aeroporturio del Pacifico (GAP), has announced.  International passengers accounted for 66 percent of the total.  According to travelpulse.com, 41 of the airport’s 53 winter routes are to foreign destinations. In the past nine years, passenger traffic at the airport has increased by 80 percent, the website said.

Canadians in Hamilton and Abbotsford will have an easier way to reach Puerto Vallarta this winter as Swoop, Canada’s leading ultra-low-cost airline, has announced service into Puerto Vallarta with the addition of two new routes.