The migration of the North American monarch butterfly between Mexico and Canada is a journey of life, death and rebirth, a testament to the tenacity and ingenuity with which one generation ensures that life continues after it has alighted on its last leaf, sprig, twig, or patch of soil, the desperate flutter of wings slowing down until it lies still and dead in the sunlight, its brilliant raiment of orange-red gradually fading to the sepia tone of an old photograph. 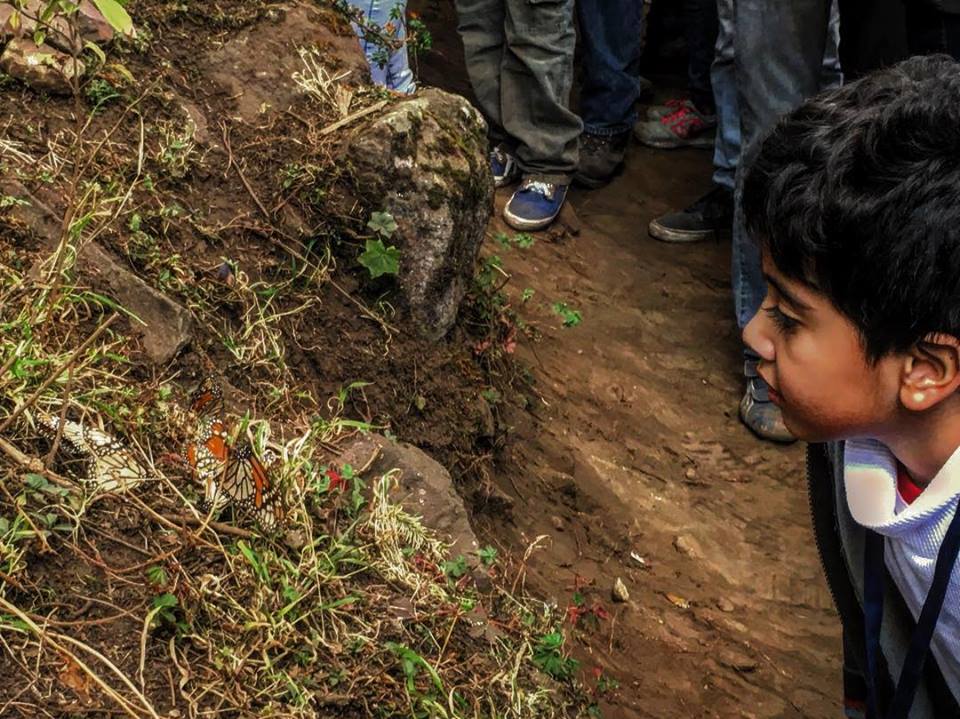 Life and death, you could say, live side by side in Mexico, a co-existence embodied both by the country’s renowned Dia de Los Muertos celebration and the arrival and residency of millions and millions of monarch butterflies in a handful of locations scattered among the Trans-Mexican Volcanic Belt pine-oak forests straddling the border areas between Michoacan and the State of Mexico.

A yearly tour given by Chapala-based Charter Club Tours gives its clients the opportunity to view this annual Phoenix-like fanfare in person, together with an exploration of Michoacan’s nearby state capital of Morelia, a colonial marvel of irregular stone at 6,300 feet above sea level.

In a way – and this might be intellectual overreach – the two main features of the Charter Club Tour (Butterfly sanctuary and Morelia) are variations on the same theme, that is, the simultaneity of life and death; a carefully preserved colonial building is often an empty vessel with little contemporary usefulness, not unlike the beautiful little corpses lying everywhere being poked at by fascinated children at the Sanctuario Rosario, where we had been bussed the day after arriving in Morelia.  But like the teaming conglomerations like great clumps of cooling lava weighing down the slender pine boughs overhead, and the individual butterflies flitting here and there like shards of stained glass, the centuries-old city of Morelia is abuzz with life. Many of her buildings have been repurposed as elegant restaurants, museums and universities, and her boulevards, side streets and leafy, balmy plazas are never free from the restless bubbling of human activity.

Constituting its own insular, constantly mobile bubble of human activity was the aforementioned Charter Club tour group, consisting of two busfuls of people, mainly over 60 and hailing largely from English-speaking countries, including New Zealand, Scotland, South Africa, England, Canada and the United States.

This sapiens congregation, come to think of it, represented a more impressive union in its geographically disparity than that of the monarch butterflies, which come together to mate in Mexico primarily from various parts of a single – albeit large –country, Canada.

To the Mexican citizens of the handful of rustic little towns on the way up to the sanctuary pausing in their business on the side of the road to gaze up in puzzlement as our tour bus trundled past, we must have seemed an undifferentiated, uniform troupe of idle vacationers. But in the unlikely – and somewhat alarming – event one of these onlookers hopped on board the bus for a look-see, he would have been presented with a more nuanced picture of its cargo.

Our hypothetical stowaway might have met Raihana, a retired Ontario hairdresser of Indian heritage, originally from Kenya and conversant or fluent in Arabic, Swahili, English and Hindi.

Or he may have fell into conversation with Tim Whiting, an American doctor who had studied medicine in 1970s Guadalajara and had bummed around the Haight Ashbury and Big Sur in the 1960s.

He would have been charmed to within an inch of his life by the nauseatingly photogenic and ebullient Schomp family, composed of parents Michelle and Jake, and their delightfully possessed offspring Haley (daughter) and Jagger (son).  They’re a family in the grips of a dangerous addiction to traveling, documenting those travels vis-à-vis their own Youtube channel, Retired Toddlers. 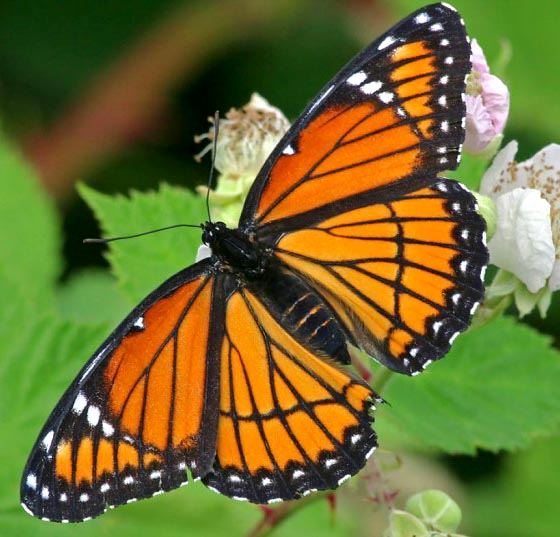 And he would have no doubt rubbed elbows with the exuberant and preternaturally sociable Jerry and Lin Brown, who as it happens run their own Youtube travel-themed channel, Jerry Brown Travels.

Judging by opinion gleaned from direct inquiry and eavesdropping, the consensus among this transient, temporary community of Anglophones – after the entomological portion of the weekend’s itinerary was done with and we were winding our way back to Morelia through a ramshackle but picturesque rural landscape, Mexico’s answer to Appalachia – was that the butterflies had been a slight let-down.  This is in no way the fault of Charter Tours, or, indeed, the butterflies themselves.  Rather, one’s finger is more properly, if futilely, pointed at the heavens. Temperature-sensitive monarchs will not take wing unless the temperature is sufficiently elevated.  At around 10 degrees Celsius, they begin flexing their wings cautiously; at 15, a few thousand take to the air, which may seem like a lot until you consider that a role call – undertaken by an over-eager meth addict, perhaps – would register tens of millions of insects.

The mercury must rise substantially higher for the whole lot to swarm among the looming pines, something made difficult during our visit by virtue of highly durable cloud cover and a chilly average temperature.  So, for the duration of the tour group’s 30-minute visit to the large clearing set aside for gawking tourists – reached after a lung-trying 45-minute fairly steep, uphill hike at an altitude of over 9,000 feet – the skies were only sparsely flecked with winking orange bodies, the surrounding branches laden with vast colonies of stiff, groggy monarchs.

While the butterfly tour was far from a loss, the city of Morelia proved substantially more stimulating, with Miguel Rubio Martinez, a Michoacan native and resident of Morelia since the age of 11, guiding us through the city’s streets and its incredibly dramatic history on two separate walking tours.  An indefatigable fount of knowledge and good humor during the monarch excursion as well, he ably brought his hometown to life via lectures on its tortured past, which were peppered for our titillation with wryly delivered anecdotes and odd bits of trivia.

The city of Morelia as we know it started life as Valladolid, dubbed thus by the Spanish, who invaded the area in the early 16th Century, conquering the then-dominant Purepecha people in the process. 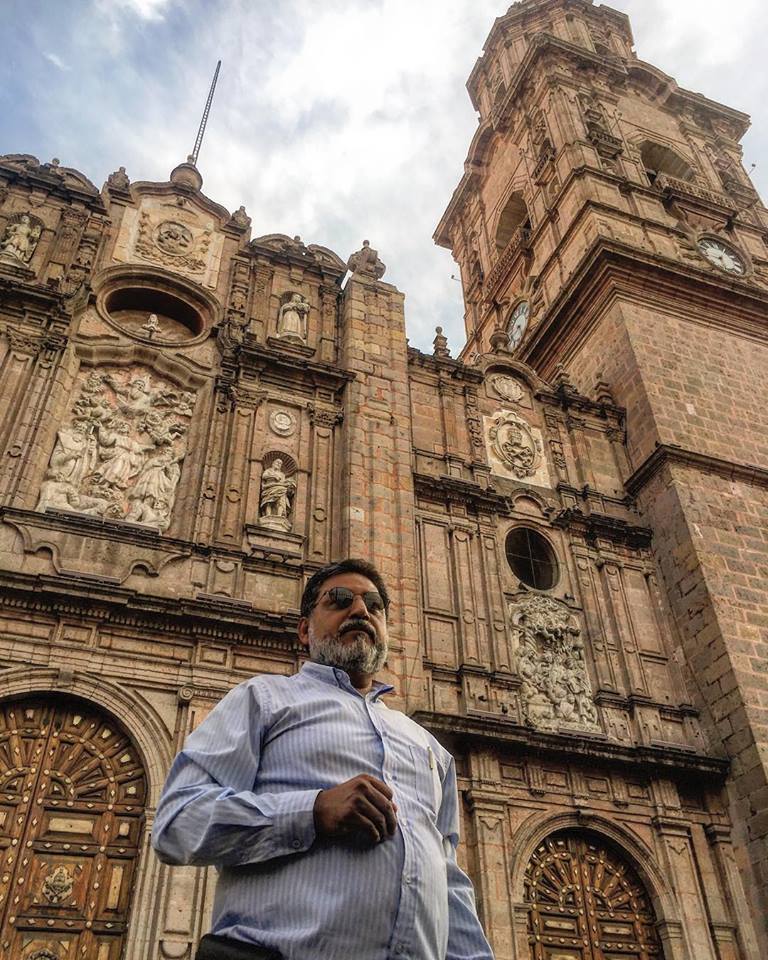 The Spanish, it aught to be known, used the word “Tarasco” to refer to the Purepecha and their language.  According to Rubio, who we had no reason to doubt, the name is a corruption of a Purepecha term meaning, essentially, “adulterer,” the word used by the conquered people to refer to their new overlords, whose philanderous habits they often observed with disgust. (Adultery was taboo and punishable by death in Purepecha culture.)

Valladolid became Morelia in 1828, after Jose Maria Morelos, who with Ignacio Allende and Miguel Hidalgo y Costilla is considered one of Mexico’s founding fathers and one of its most revered heroes.

In fact, one of the city’s countless gems – in an historical center with hundreds of UNESCO-listed structures – is the Colegio de San Nicolas, to which Morelos, after his countless attempts to enroll were rejected due to his indigenous and African ancestry (the racial-purity-minded Spanish had a term for this particular caste, “saltapatras,” literally, “a leap backwards”), was admitted in 1789. Hidalgo, often called the father of Mexico’s independence movement, taught at the university and shared with the precociously intelligent Morelos some of his revolutionary fervor.  After separation from Spain – the achievement of which cost both men their lives – the city was re-christened Morelia, which means, literally, “maker of Morelos.”

Another edifice brought to vivid – and in this case, horrific, squalid and incredibly sad – life by our guide was the Temple de Santa Rosa de Lima and the adjacent Conservatorio de las Rosas, which Rubio insisted was the first ever music conservatory in all of the Americas.  (His claim is corroborated by no less an august institution of carefully researched ephemera than wikipedia.)

Founded in the late 16th Century as a convent made up of young women whose amorous transgressions threatened to irrevocably damage the reputations of their well-positioned families, the music school began instruction in 1743.  Prior to that, however, the convent was the site of much enforced isolation, with the unfortunate sisters forbidden to make virtually any contact with the outside world.  According to Rubio, newly interned ladies who were hiding pregnancies often aborted the fetuses and hid them in the walls of the convent; over a century later, remains of several of these tiny, macabre proofs of unforgivable moral turpitude were discovered by workers during renovations.

In a way, these poor young novice nuns of the Templo de Santa Rosa de Lima convent were forced, by the crippling shame visited upon them by a repressive society, to deny life and secret away the result of that denial – death.  But as much as they tried to obliterate the evidence of their failure to adhere to a rigid moral code, one which attempted to deny and demonize their carnal instincts, the truth, made unnecessarily grotesque by the mandates of social conformity, eventually bobbed to the surface.

I’m no zoologist, but I doubt any such obfuscation exists in the animal kingdom, and certainly not among the globe-trotting monarch butterflies, whose migratory habits constantly remind observers of the omnipresence of life, death – and the copulation that makes both possible.  While this may not have been the conclusion that Charter Bus Tours imagined one of its participants might draw from the tour they organize every February, it is nonetheless the one to which this writer’s over-heated psyche arrived, take it or leave it.

The spatial constraints of print prevent me from listing all of Morelia’s attractions visited during the weekend.  Therefore, I advise readers to pay the city a visit themselves and explore its riches, architectural and otherwise, which include the Centro Cultural Clavijero, the Sanctuario de la Virgen de Guadalupe and the central cathedral, which is lit up every weekend by an impressive light show.  Food options are plentiful and there is something for every budget.  However, Tata, a high-end eatery a short walk southeast from the cathedral, is highly recommended.

Charter Club Tours offers several other excursions every year, including ones to Chiapas, Copper Canyon and San Miguel de Allende.  Go to charterclubtours.com for more information.