Don’t look now but here comes April. While not the hottest month – that pleasure is to come in May – temperatures will rise significantly over the coming weeks.

More than one-third of Guadalajara’s surface area is covered by some sort of pavement, and the triple whammy of a semi-tropical, contaminated metropolis with few trees makes heat in the Jalisco capital an even greater problem for city dwellers. Thankfully, the area around Lake Chapala is a few degrees cooler, but precautions to avoid sunburn or heat stroke, as well as gastro-intestinal ailments, should be taken from now on.

The most frequent health disorder associated with summer is heat stroke. Heat stroke is a more common occurrence among the elderly, people with chronic illness, those with heart problems, and those taking medicine for high blood pressure. Lethargy, stupor, confusion, agitation, rapid pulse, and skin that his hot, red or dry are all symptoms of heat stroke.

To avoid heat stroke, one should stay out of the sun, wear light-colored clothing and drink plenty of fluids. Strenuous outdoor activity is also known to bring on heat stroke.

A person suffering from heat stroke should be moved to a cool spot or an air-conditioned building, and either be wrapped in a damp sheet or doused with cold water. The temperature of the victim should be taken, and cold water should continue to be used until the body temperature drops below 102.

Skin cancer is a fairly common concern, especially for those heading to the beach. Anyone who has received a blistering sunburn, has fair skin or freckles, moles, a history of cancer in their family or has been exposed to carcinogens (including radiation or X-rays) is considered to be in a higher risk bracket.

Persons should avoid being in direct sunlight between 2 p.m. and 4 p.m. Tanning salons should also be avoided. Sunblock with a sun protection factor (SPF) of at least 15 (30 for delicate skin) should be used. Long-sleeved clothing gives an SPF of about 20. A person who is severely sunburned should drink more fluids than normal. As a general rule, an individual should drink eight glasses of water a day during the hot summer months.

The most common cause of turista, or traveler’s diarrhea, is the E. coli bacteria. Normally a helpful symbiote, foreign strains of the bacteria are harmful, and produce a toxin that causes diarrhea by preventing the intestines from absorbing fluids. Antibiotics can easily treat the illness. 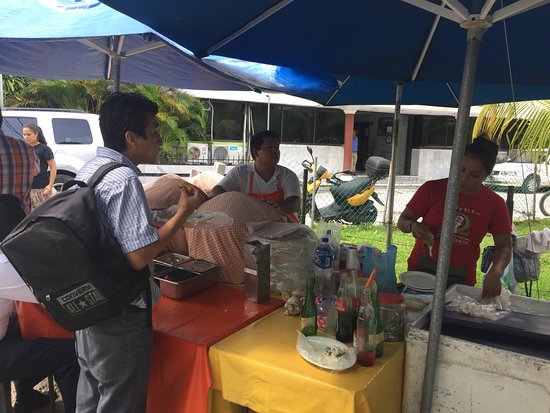 In the summertime, drinking too much alcohol and eating too many chiles or spicy foods can also contribute to the “runs.”

The bacterial disease typhoid is a real danger in Latin America, and vaccination is not 100 percent effective. Typhoid cases tend to climb in the heat, as the organism that causes it multiplies more rapidly. The disease is characterized by stomach pains, weakness, headache, nausea, diarrhea, aching bones and loss of appetite. It can be treated with antibiotics, but if left untreated causes death in roughly a fifth of those who contract it.

The best way to avoid typhoid, turista, or many other digestive orders is to use common hygienic practices, and strictly adhere to them in the summer. Steer clear of popsicles, flavored ices and raw fruits or vegetables that cannot be peeled. Avoid eating on the street. Fruits and vegetables should be disinfected chemically, and all should be kept in the refrigerator. Be suspicious of raw fish or uncooked foods – ceviche is a big no-no. Strawberries are also a caveat. Wash hands thoroughly, and do not handle money before eating, nor let a cook do so.

If all else fails

Also, the folk advice to avoid oysters (and shellfish in general) in months that do not end in the letter “r” is a good rule of thumb.

But what many Mexicans use to ward off summertime digestive blues is the guamuchil fruit, which is supposed to eliminate harmful parasites and prevent typhoid. Too much of this fruit however is reputed to cause flatulence – something which could improve a person’s health, but not their popularity.