The game of cricket may be a blank page for most U.S. and Canadian sports enthusiasts, but for many citizens of the British Commonwealth it is an important part of their culture. 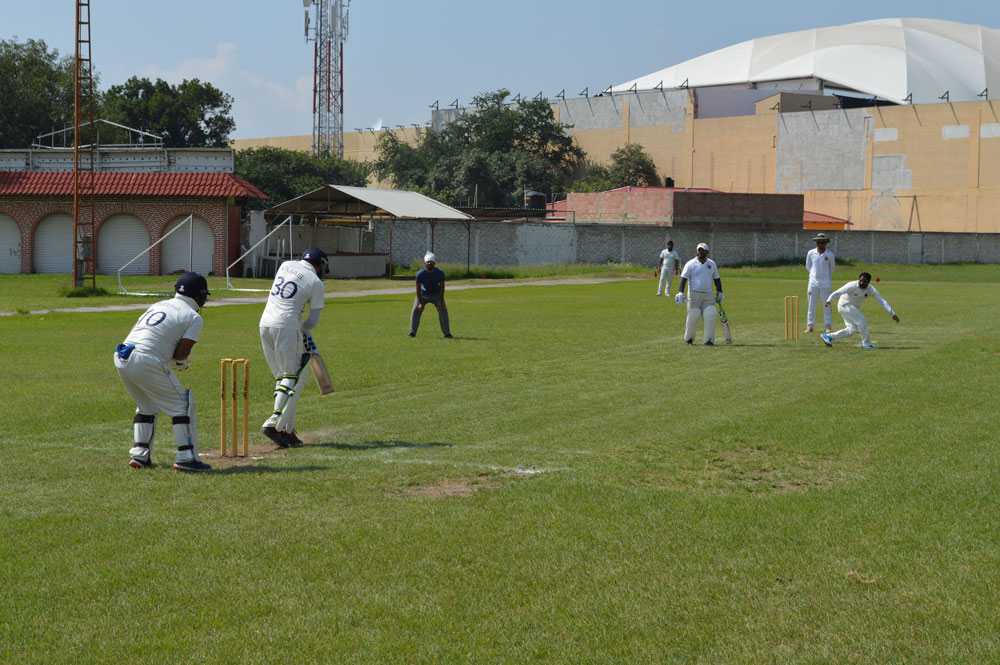 The influx of Indian nationals working in the tech sector in Guadalajara has seen cricket take off in the city. India is more passionate about cricket than any other country on earth, and the game is played in every corner of the huge nation.

In recent years, the Indian community in Guadalajara has worked hard to find suitable spaces to play the game in its purest form – with a hard leather ball, on grass pitches and smooth “wickets,” with the correct equipment.

The Guadalajara cricket club was formed a few years ago and now has a regular mini league made up of three teams (Tequileros, Super Kings and Tyrants).  Games and training take place on weekends at two locations, one of them being the delightful University of Guadalajara Sports Club (Club Deportivo UdG), located outside the city on the Nogales highway.  Although still primarily composed of Indian players, the club is reaching out to Mexicans (and other nationalities) and encouraging them to come and train and join in games. The club is also keen to develop the game among women, and many Mexican ladies are showing interest and learning how to play.

Guadalajara Cricket, as the club is known, has joined the Mexican Cricket Association and has taken part, successfully, in both national and international regional competitions.

On Saturday, May 25 and Sunday, May 26, Guadalajara will host the Second National Cricket Competition (Campeonato Nacional de Cricket) at the Club Deportivo UdG.   Guadalajara will be one of three teams participating; the others are from Mexico City and Monterrey. Two games will take place on each day, starting 11 a.m. and spectators are welcome, free of charge.

Anyone interested in playing cricket in Guadalajara, or learning more about the local club, should check out Cricket Guadalajara on Facebook.