The Jalisco  Charros lost a three-game series (1-2) on the road to basement team, the Mayos de Navojoa, this week, summing up what has been an irregular season for the Guadalajara-based baseball outfit in the Mexican Pacific League (LMP). 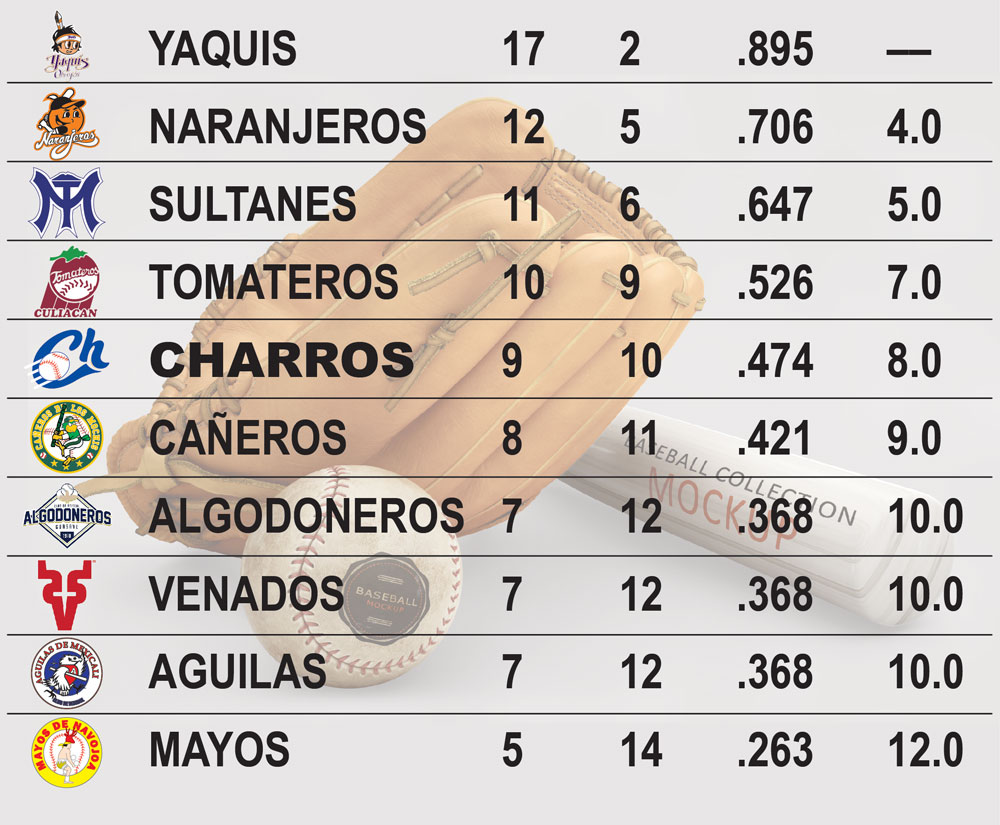 The absence of fans and atmosphere in their Zapopan stadium obviously hasn’t helped, but it is the same for all ten teams in the league. Pitching has been the major problem. While Henry Urrutia (.347) and Dariel Alvarez (.329) are among the league’s top 12 batting leaders, not a single Charro features in the equivalent pitching column.