When the engines rev up on Sunday, March 28, for the first Formula One race of 2021 in Bahrain, one driver — probably positioned somewhere near the front of the grid — will have his thoughts focused firmly on the objective he has had in mind ever since he was a prodigious teen taking checkered flag after checkered flag at Mexican go-karting competitions. 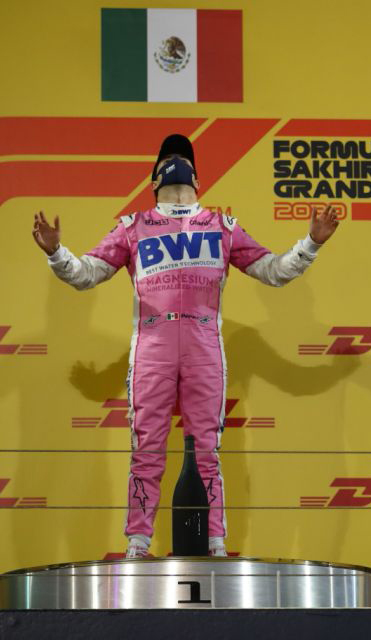 “My aim is simple. I want to be the Formula One world champion,” a confident 17-year-old Sergio “Checo” Perez told this newspaper in October, 2007, while on a visit back home to Guadalajara a month after winning the British Formula Three championship.  “I’m not after the fame and money. I’m in this to win.”

At 31, Perez is no longer the motor sport’s brightest young talent. But with 190 races under his belt, he has matured into one of its savviest drivers, something he demonstrated at the Sikhir Gand Prix in Bahrain last December, when he miraculously wove his way through the entire field after an opening lap spin off left him in last place. His skill earned him his first F1 victory.

That sweet moment can be revisited in episode nine of the third season of Netflix’s “Drive to Survive” documentary series covering the disjointed 2020 F1 season, whose start was delayed because of the coronavirus pandemic. And the moment was all the sweeter for the Tapatio, because as the episode explains, he had just been unceremoniously dumped for 2021 by his team, Force India, despite enjoying his most successful season ever, as Canadian billionaire team owner Lawrence Stroll ordained a driver duo of his son, Lance, and former world champion Sebastian Vettel.