Every Mexican town has a street named after Pedro Moreno, a hero of the Independence War of the early 1800s. Years ago I read about Moreno’s defense of a fortress he had built on top of a mountain called El Sombrero, in a wilderness area in Los Altos de Jalisco.

I’ve been interested in visiting the ruins of that fort ever since, so when my wife Susy said we should look for a place to go during Semana Santa, I Googled El Cerro del Sombrero and, lo and behold, I discovered the Echological Spa located what seemed like a stone’s throw from that hat-shaped mountain. 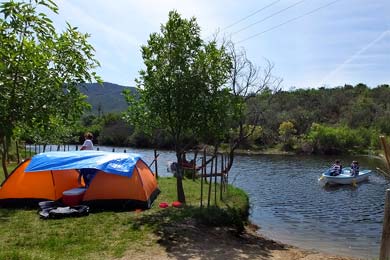 But first, a few words on Pedro Moreno. He was born in 1775 in Santa Maria de los Lagos, Jalisco, now called Lagos de Moreno in his honor. As a boy, he enjoyed playing atop the rocky mountain peak of El Sombrero, located in the Sierra de Lobos, which lies east of Lagos. He was a good student and at the age of 19 was sent to study in Guadalajara where he was exposed to the concepts of Liberté, Ègalité and Fraternité which had inspired the French and American revolutions.

Moreno grew up to become mayor of his home town and in 1808 was visited by Miguel Hidalgo, whose ideas of Independence from Spain influenced him strongly … so much so, that the Holy Inquisition was soon breathing down his neck, and, in fact, by 1814 he was leading his own army of rancheros. Soon it occurred to him to build a fortress on top of his favorite mountain, El Sombrero, because it had high, vertical cliffs on all sides, making it practically inaccessible. But the Cerro had one weakness: no water. The closest spring was 300 meters away, at the bottom of La Barranca de Barbosa.

In June, 1817, Francisco Javier Mina, a Spanish colonel who had thrown in his lot with the rebels, arrived at El Sombrero with his own army and joined Moreno’s forces. In July, the fortress found itself under siege by the Royalists. Its defenders soon ran out of water and started praying for rain. There were 700 men plus women and children inside.

As far as I can calculate, the fort was under siege for at least 24 days and nights and its defenders refused to surrender, even though they had no water or food. “They tried to quench their thirst chewing on various desert plants, including nopales,” says historian Francisco Belgodere, “but this irritated their mouths and throats and made them sick.” They also tried drinking mezcal, but as a result they only felt worse.

One night Moreno and a few others slipped out of the fort in the darkness and made it all the way to the arroyo. Unfortunately, they were discovered by the enemy and only Moreno managed to return to the fort with a few jars of water. 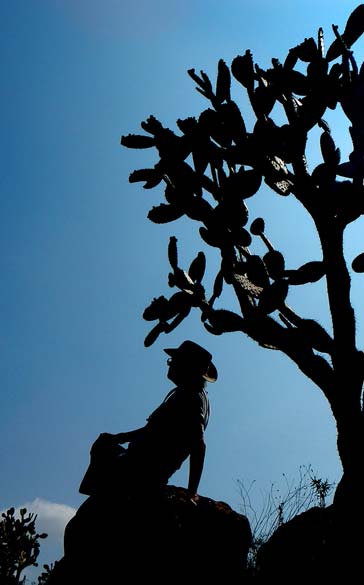 It was the beginning of the end. The Royalists took the fort and proceeded to slaughter all its inhabitants. Moreno escaped but was soon caught and executed.

I have always been impressed by the valor and determination of the fort’s defenders and decided to book the Echological Spa (I never found out why they spell it this way) for two nights to assure us plenty of time to visit Sombrero Mountain.

“There are two ways to get to the spa,” we were told by phone. “The first is from Lagos de Moreno via a long, lonely brecha in bad condition and the other is from Leon via a brand-new paved road.” Somehow my wife and her sister managed to convince me to take the second choice. Unfortunately, we made the mistake of entering Leon from the south side, not realizing what a large city it is and how long it would take us to cross it. Thus we spent four hours before reaching tiny Comanja, where a five-kilometer-long dirt road (in very good condition) brought us to the Echological Spa. 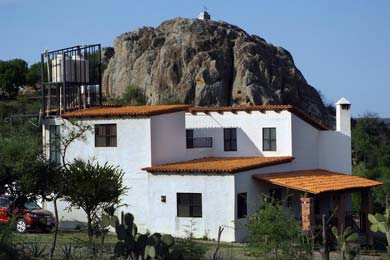 By now we were starving and delighted to discover that scrumptious – but healthy – food was the specialty of this place. The menu offered main dishes such as Pollo en Mole de la Casa, as well as appetizersPanela Asada y Bañada en Salsa Borracha, Ajos del Abuelo (“Impossible to describe: you have to try them,” said the menu) and Tacos Ayurvédicos, which consisted of Swiss Chard leaves stuffed with mangoes Julienne, jícama and (of all things) peanut butter, all smothered in a special tamarind-sesame-seed sauce. I know this description sounds weird, but we were amazed how good it all tasted.

While we ate, the friendly staff told us that their establishment has been operating for three years and is wholly dedicated to things ecological. They grow their own organic food, recycle everything and even offer courses on subjects such as making compost.

Unfortunately, when I told them we had come to visit el Cerro del Sombrero, all we got were quizzical looks. “We have a Jacuzzi, a lake, and a rocky peña you can climb, horses you can ride and a ghost town and old mines you can visit, but as for going to el Cerro ...” 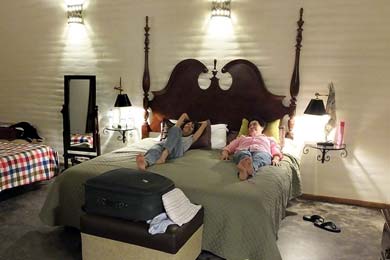 I must give them credit, they eventually did locate a local person who knew the way to Pedro Moreno´s mountain, “But you must pay for a guide, rent an adequate vehicle and then walk four hours through the mountains, which, of course, are famous for their rattlesnakes.”

In the end, we decided to leave Moreno’s mountain for another time and spent two days exploring the desert landscape around us, which is covered with a great variety of thorny bushes and cacti. Wandering about, we stumbled upon a flat place where we could see the remains of three large “pots,” each over a meter in diameter, carved in the relatively soft tepetate rock. These brought to mind the 44 fermentation pots we found at an ancient tequila distillery in El Tecuane, near Amatitan. Before the arrival of the Spaniards, the native people had no way to make large barrels because they couldn’t manufacture the iron bands needed to hold the thing together. Their solution was to make their pots by hollowing out solid tepetate rock. The holes at El Tecuane each hold about 3,000 liters. 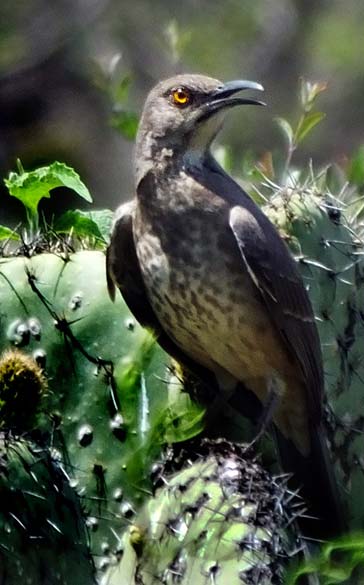 I would highly recommend the Echological Spa to families interested in having a new experience. The Suites (I’d call them cabins) are clean, roomy and comfortable. The hot water is hot, the toilets work and (at the office) you even have internet. Curiously, what you don’t find anywhere are hooks – no place to hang anything. This, however, will not be a problem if you decide to camp, which costs 150 pesos per person and includes toilets. For an extra fee you can get a massage, enjoy a jacuzzi or take advantage of the great mealsthey serve here.

Speaking of good food, if you get hungry on the way back, stop off at Carnitas Los Alteños in the little town of Jalostitlán. It’s the place where everyone in Los Altos goes to get the best of the best in braised pork.

From Guadalajara, take Autopista 80 towards Lagos de Moreno. Take the bypass around Lagos and get on Highway 45 to Leon. Take Libramiento José María Morelos east to Blvr. Hidalgo and head north on Highway 37 toward San Felipe. After 7.3 kilometers, turn left to the town of Hacienda Arriba. Follow the main (cobblestone) road NW for 1.6 kilometers and turn right onto the asphalt road to Comanja. Go ten kilometers north to Comanja (N21.32377 W101.71419), cross the town and drive NE five kilometers on a fine dirt road, to the Spa (N21.34690 W101.67899). You’ll find this route on Wikiloc.com under “Highway 80 to Echological Spa.” Driving time is about three hours if all goes well. As for those great carnitas, they are at N21.18353 W102.46265 (Carnitas Alteños) in Jalostitlán.