Chapala’s police force, the municipal Civil Protection crew and the local division of the state Traffic Department maintained tight vigilance on election day to maintain peace and order among an impassioned electorate. 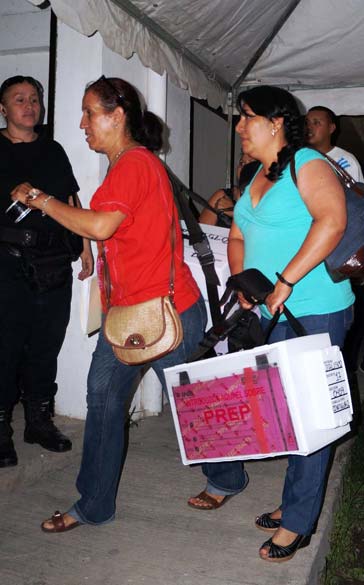 The only notorious incident occurred in the vicinity of a kindergarten in Chapala’s Tepehua barrio designated as one of the polling stations.  More than a dozen municipal and state police officers rushed to the scene following an alert that a representative of the Citizen’s Movement had allegedly absconded with a stack of ballots. After going to the home of the person in question, where they found the missing papers were nothing more than a listing of registered voters, the officers proceeded to a brief stake-out at the school premises to assure crowd control.

A number of complaints of other presumed irregularities were also registered with the Municipal Election Council. To date, none has proved to impact voting results.