Ajijic needs more water. The present well that has been supplying the town with potable water for the past few years has been inadequate for some time. Many residents (and there are many more now) have really suffered a serious lack of water, especially this past spring and early summer. The rainy season was so late and brief this year that Ajijic is already beginning to feel the shortage once again.

The Junta de Agua has drilled a new well on Calle Aquiles Serdan, just south of Zaragoza. But the immediate need is funding to drop casing into the hole and use a provisional pump in order to save the well from caving and to test it to find out just how much it will produce.

The Junta has asked both Mexican and foreign property owners who can afford it to pay their water bill one year in advance in order to get this new well online.

The hottest story about Mexico right now is the finding by the U.S. Census Bureau indicating that Mexico’s birthrate — once the world’s highest — has dropped dramatically in the last four years. This decline has so startled professional demographers that the data was at first questioned. The new information on Mexico shows that the birthrate here has fallen in four years from 3.2 percent to 2.4-2.6 percent. This is considered stunning by demographers, particularly because Mexico now has more young women of child-bearing age than ever before in the nation’s history. (Approximately half of the population is under 15 years of age.)

While the Mexican birthrate is well over double that of the United States and nowhere near population stability, the Census Bureau points out that it clearly indicates that Mexico’s decision to embark on a country-wide family planning campaign is paying off.

Until 1972, Mexico was the fastest growing large nation in the world, its population swelling each year by a greater number than the United States and Canada together.

President Jose Lopez Portillo set a national goal to cut the birthrate to 2.5 percent by 1982. That goal appears to have already been reached. The current national average of children per family, even with the recent four-year drop, is about five.

Some catastrophes have a way of working out happily. For Guadalajara’s Alejandro Colunga, what could have been a disaster turned into a triumph. As the only Mexican artist to be represented in the International Contemporary Art Show, which opened at the Grand Palais in Paris October 6, Colunga was ready – but Paris customs agents went out on strike.

Colunga’s paintings would not be delivered on time. So the artist rallied, went out, bought paints, found stretcher bars and painted four large six- by 12-foot paintings on the floor of the Grand Palais. The news hit the papers.  Le Monde and Figaro gave the story extensive coverage, one of them complimenting the artist on his resilience and resourcefulness and the other commenting, “This is the first time in its history that the Grand Palais has been used as an artist’s studio.”

His paintings were up when the show opened and all were sold. Then the following Tuesday, customs released Colunga’s work and many people returned for another show of the nine paintings and three sculptures. They were all snapped up. 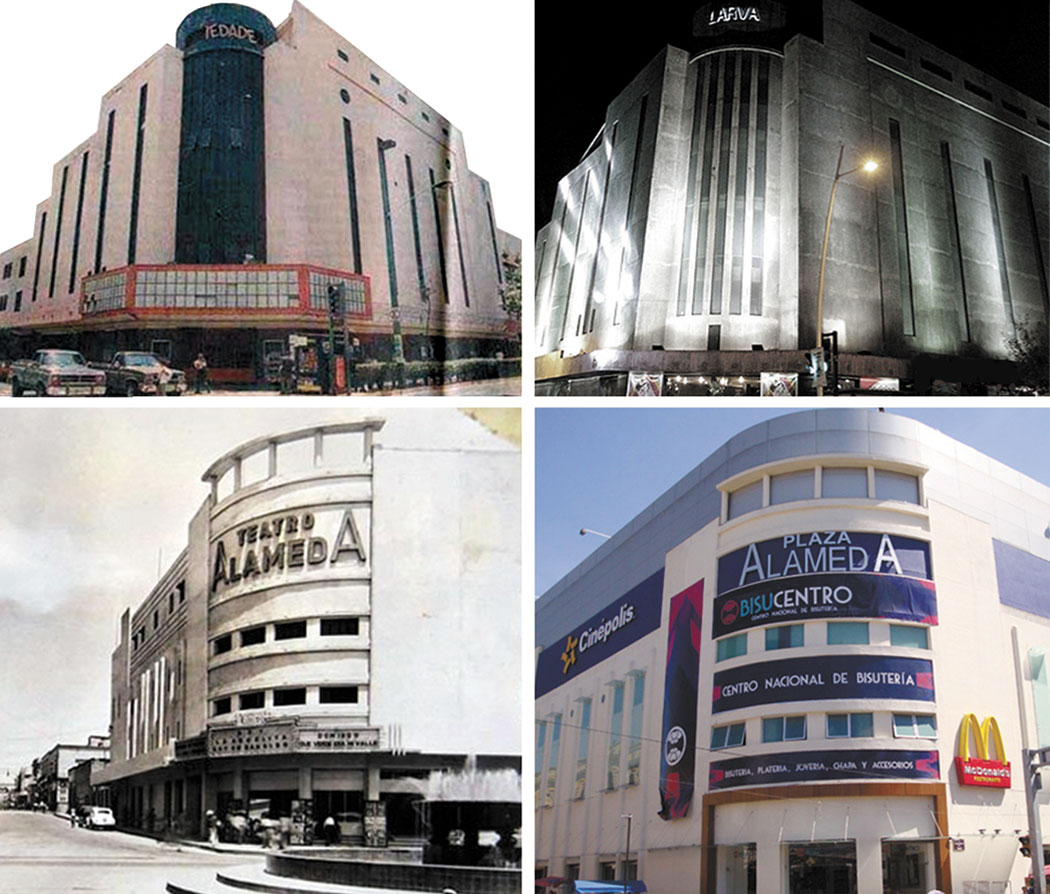 It’s not only ancient monuments and buildings that are worth preserving for our children, the UNESCO’s International Commission of Sites and Monuments (ICOMOS) acknowledged during its World Congress held in Guadalajara. “One of the great achievements (of the Congress) was including discussion on 20th-century architecture,” said Guadalajara architect and founding member of ICOMOS Mexico, Nemesio Maisterra. “Often people think that heritage has to be something very old, but on the contrary, heritage is something we crate and destroy every day.”

For architects such as Maisterra, critical days are on the horizon for the conservation of buildings like the Alameda and Variedades cinemas in downtown Guadalajara or the railway stations that run between Chapala and Nayarit. Conserving these sites may be just as important as caring for 500-year-old buildings, he said.

As globalization spreads its shadow of homogeneity across the planet, now is an important time to preserve and promote the distinctness of architecture of this century, Maisterra said.

“I believe that it is necessary to break with the ‘historic center’ idea,” he said. “On the one hand, it’s a sound concept, but is has its limitations. Take the city of Morelia for example. It has a very well-maintained historic center, but the surrounding area is completely neglected. The same thing also happens in Guadalajara.”

The La Floresta homeowner who shot a suspected burglar in September has been cleared of all charges related to the incident. The shooting occurred in the early hours of September 21, when the homeowner was aroused by an intruder on the grounds of his property. According to Mary Martinez, head of Chapala’s Ministerio Publico (state prosecutor’s agency) Number Two, the shooter was absolved from legal responsibility after a preliminary investigation revealed that he had acted in legitimate self-defense. He was first required to accredit himself as the registered owner of the small-caliber pistol used in the shooting and also undergo a forensic test for gunpowder residue to prove he was the person who fired the weapon.

Martinez indicated that under the law, an individual claiming self-defense in such cases can be held under provisional arrest for a 48-hour period while the matter is investigated.