In keeping with running his administration under the motto Gobierno de la Gente (government of the people), Chapala Mayor Moisés Anaya was one happy camper when he arrived at the Ajijic Malecón Wednesday, February 27 to give a pat on the back to good citizens who took charge of refurbishing the wooden benches lined up along the waterfront. 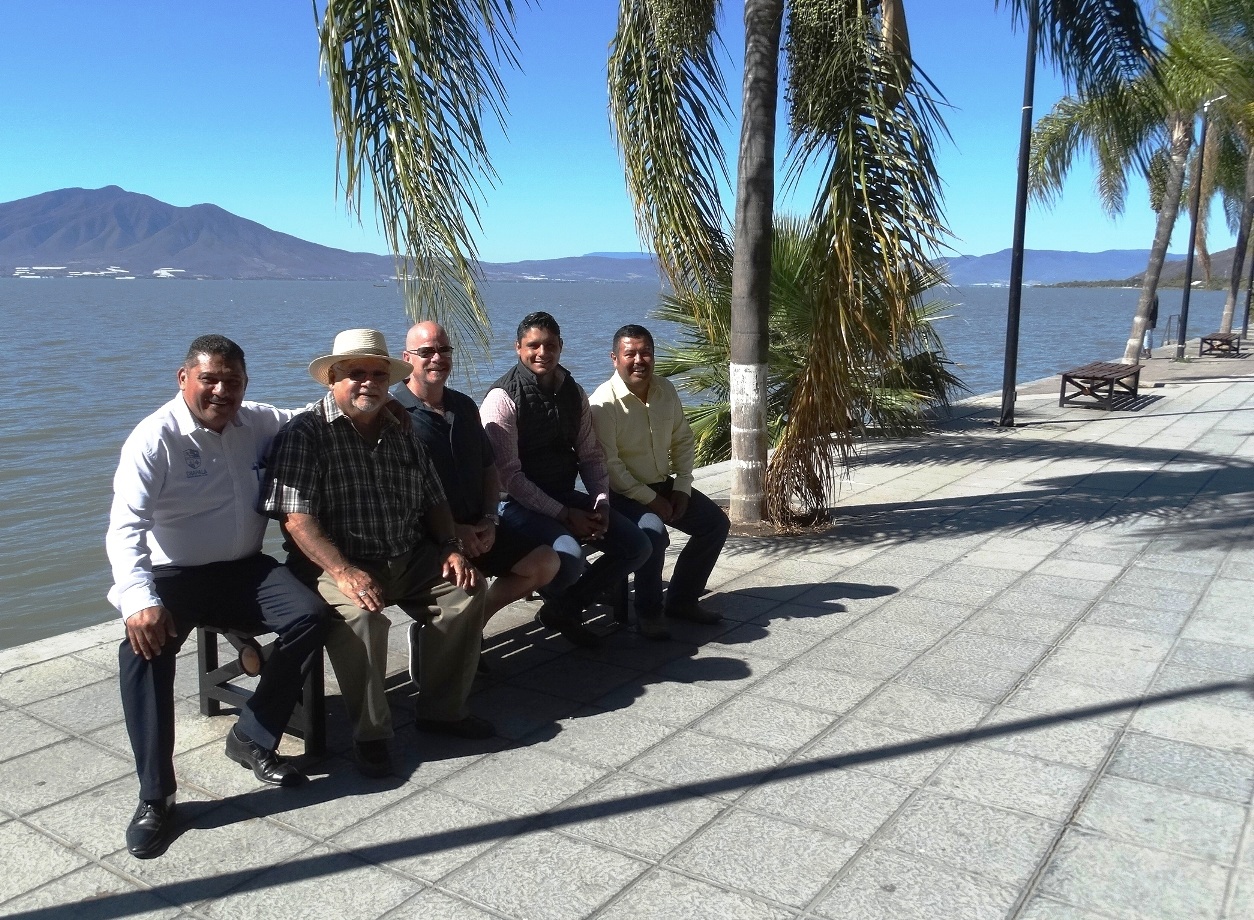 They are inviting spots where visitors and inhabitants alike can sit to contemplate the ever-changing sky, mountain and water landscape, where fishermen cast their poles to pull fresh catches from the lake’s high waters, where lovers old and young hold hands and share smooches in the embrace of Mother Nature.

It was early November when Bob Howe, a Canadian resident of Ajijic, started a thread on his Inside Lakeside web board proposing a community initiative to fix up the heavily weathered benches.

Within a couple of weeks of his first post, Howe had taken account of the conditions of all 67 benches, drawn up a budget estimate, and elicited more than 38,000 pesos in private donor pledges. He enlisted Harry Bublin and Héctor España to liaise with the municipal government, gaining a commitment from Chapala city hall to staff the project.

Restoration work got rolling just before Christmas of last year, continuing in fits and starts through last week. It entailed bringing in metal workers to straighten out many bent bench frames, securely bolting the wood slats in place, painting them with a specially made blend of mahogany-shaded strain and finishing with protective varnish.

Howe managed to cut corners by rescuing salvageable boards, replacing only those that were beyond repair. And narrow slats were attached on the perpendicular to keep skateboarders from leaping on the benches to do tricks that had caused a lot of prior damage.

The project came in well under budget, leaving a surplus that will be applied to a new task: repairing the wooden bridges set at two points along the malecón. Pleased with the outcome, Anaya is ready to lend his support to the next phase and to a copycat bench project proposed for Chapala’s malecón.