It’s been a long haul for Catherine-Claire Blythe and Steve Cross since their crowning as Expat Queen and King last April, but the Ajijic pothole repair project they are spearheading finally got underway this week. Elected by popular vote in conjunction with a community fund-raising campaign, Blythe and Cross have dedicated more time and energy than they ever imagined to get the project rolling. But with the assistance of tireless cohort Bill McCartney and Chapala City Hall’s expat community liaison Héctor España, the necessary supplies, manpower, planning and logistics have been pulled together at last.

It took little effort for the team to identify problem spots that need attention. Baches (potholes) abound on most local thoroughfares. The decision to start on the northern stretch of Ajijic’s Calle Revolución was based on several factors. First of all, it is a heavily traveled street that gives access to densely populated neighborhoods in the town’s northeast sector. Prone to rainy season flood damage, it qualifies as one of the bumpiest roads in the entire area. Also, starting there avoids interference with the street repairs currently in progress in the village center. (See story page 11.) 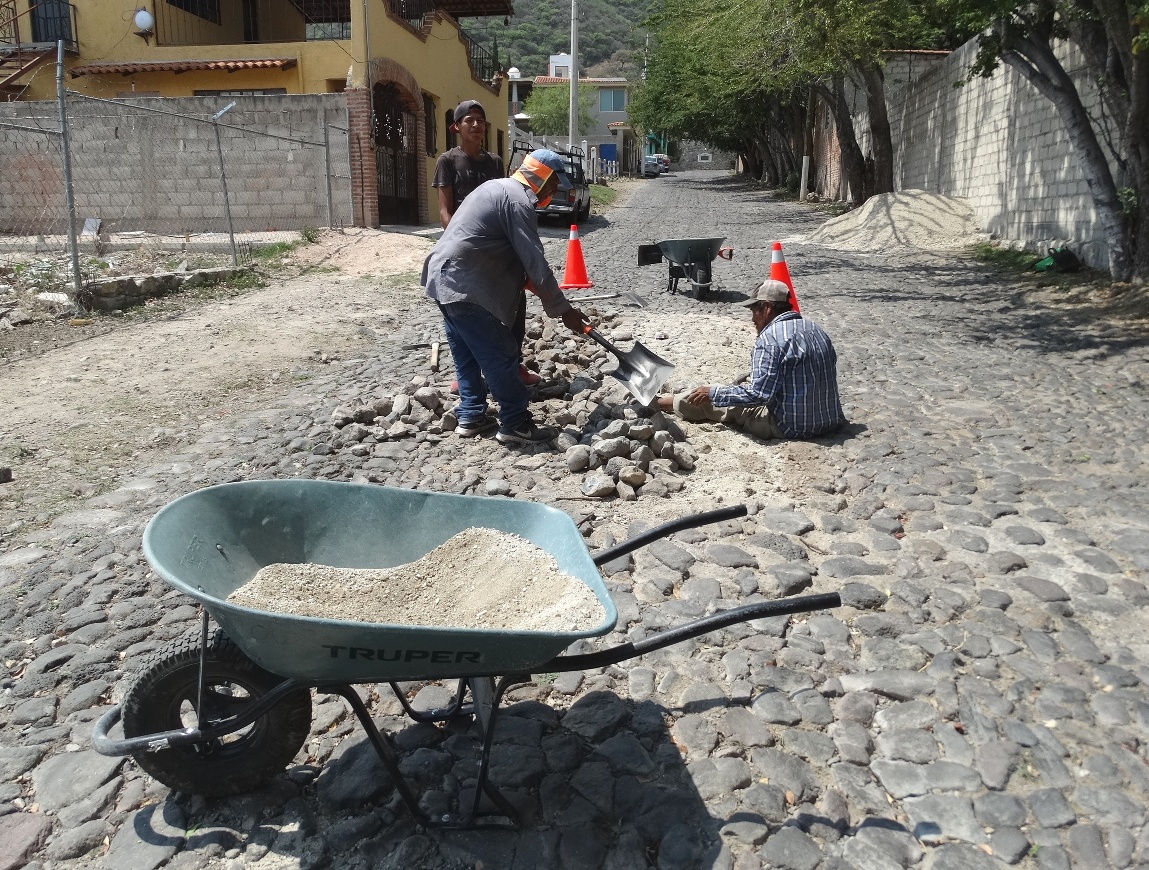 A few volunteers have been recruited to help direct traffic while the expert cobblestone repairmen provided by the municipal government proceed with their labors in scorching summer heat. España reports that the workmen are adhering to traditional cobblestone laying techniques that do not involve the use of cement, a sensitive point for many village natives.

According to McCartney, who manages project finances, just over 88,000 pesos in donations are held in a local bank account to be used to purchase materials on an as-needed basis. Additional pledges will be called in as required.

Where will the pothole fixing go next? The foot of Aquiles Serdán that turns onto the west end of Paseo del Lago bordering the waterfront Malecón is a prime target. Sections of Calle 16 de Septiembre are also high up on the list.

Look for updates and photographs posted by the pothole gang and supporters on the Gringos Ajijic & Lakeside Facebook page. Words of encouragement, along with drop-offs of cool drinks and snacks for the workmen, are more than welcome.