They’re back! The bas-relief sculpture of Los Niños Héroes that vanished from Chapala’s waterfront two months ago was brought out of storage this week to be installed at the end of median strip where Avenida Madero intersects with Paseo Ramón Corona.

The 80-kilo bronze casting by famed Mexican sculptor Miguel Miramontes Carmona depicts the legendary military cadets said to have given their lives in defense of Chapultepec Castle against invading U.S. troops in 1847. 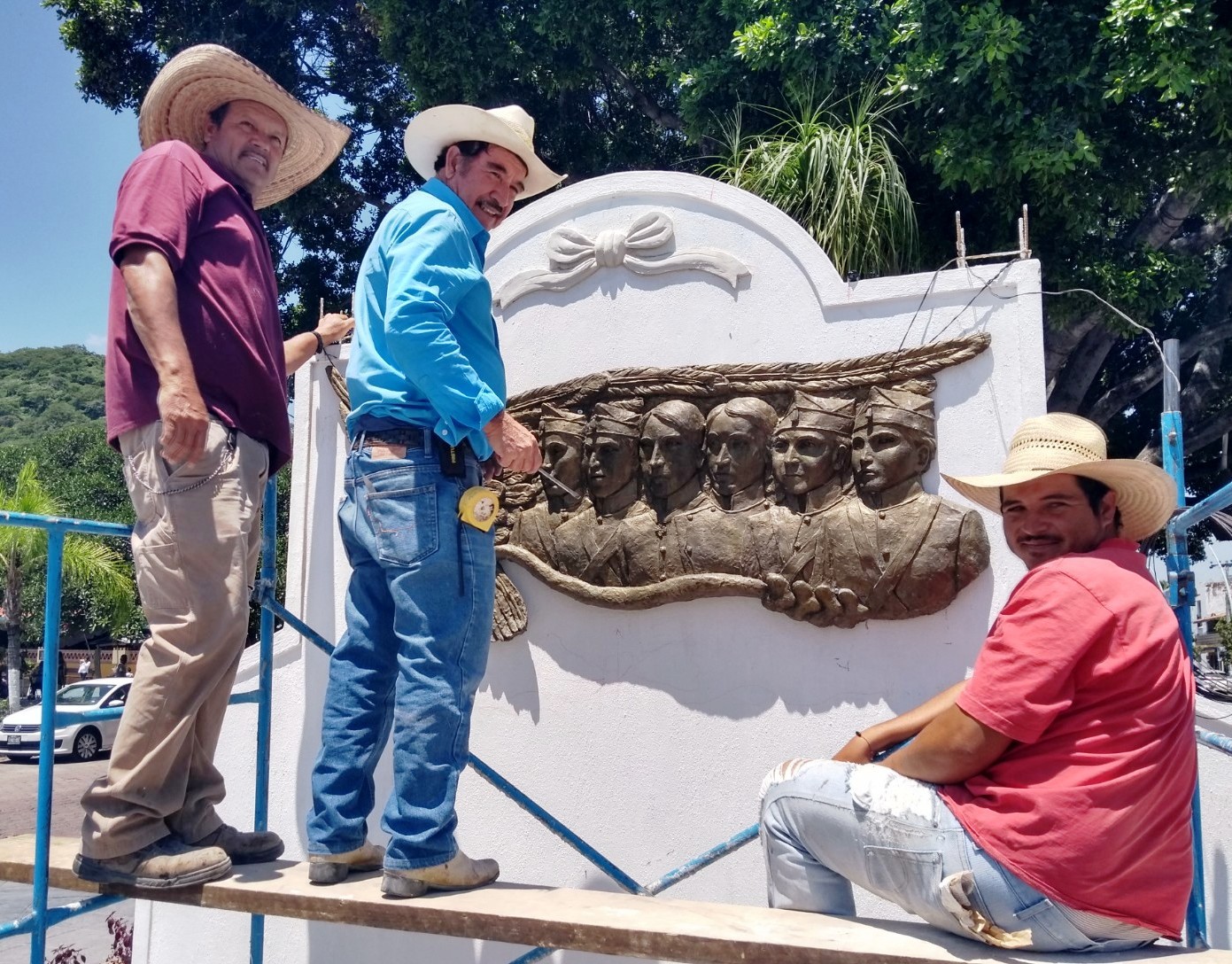 Miramontes designed the original monument for the sculpture, built opposite City Hall in 1995. It was replaced by a bust of Benito Juárez in 2016, and later moved to the Malecón area. The new monument will be ready just in time for the customary September 14 Día de los Niños Héroes commemoration.