In a flurry of activity in the last days before taking an election-season leave of absence, Chapala Mayor Moisés appeared March 4 at the inaugural ceremony for an eight-meter tall statue of the Virgen de Guadalupe erected at the main entry to Atotonilquillo.

The towering figure of the town’s spiritual patroness was hand-crafted in seven sections of orange-hued cantera stone by sculptor Miguel Murillo Valadez of Zapotlanejo. 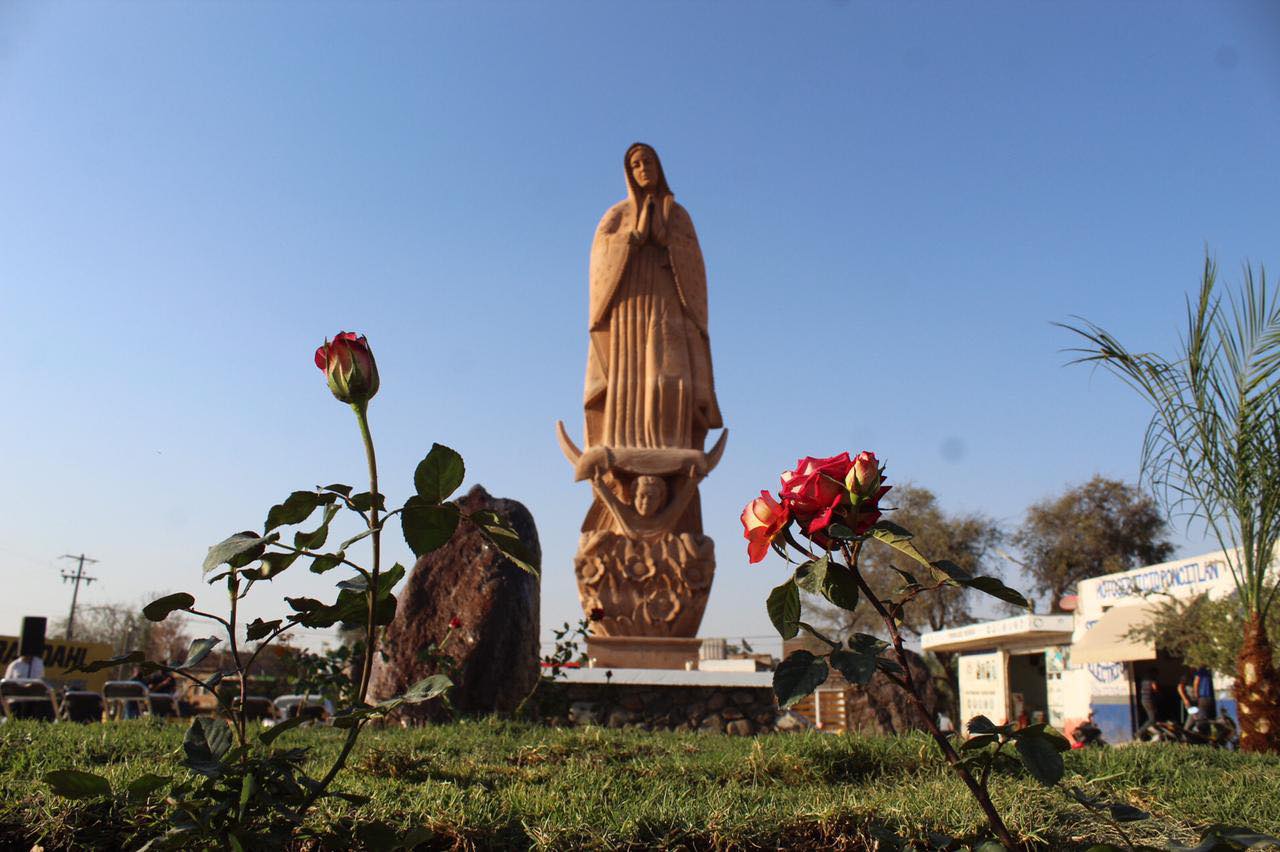 The municipal government invested just under 500,000 pesos in the project, including the costs of the statue’s material, stonework, transport, installation, illumination and surrounding plaza area.