Less than a month into his term as Jalisco Govenor, Enrique Alfaro is engaged in a tug-of-war with President Andrés Manuel López Obrador over funding for water and environmental projects vital to the state. 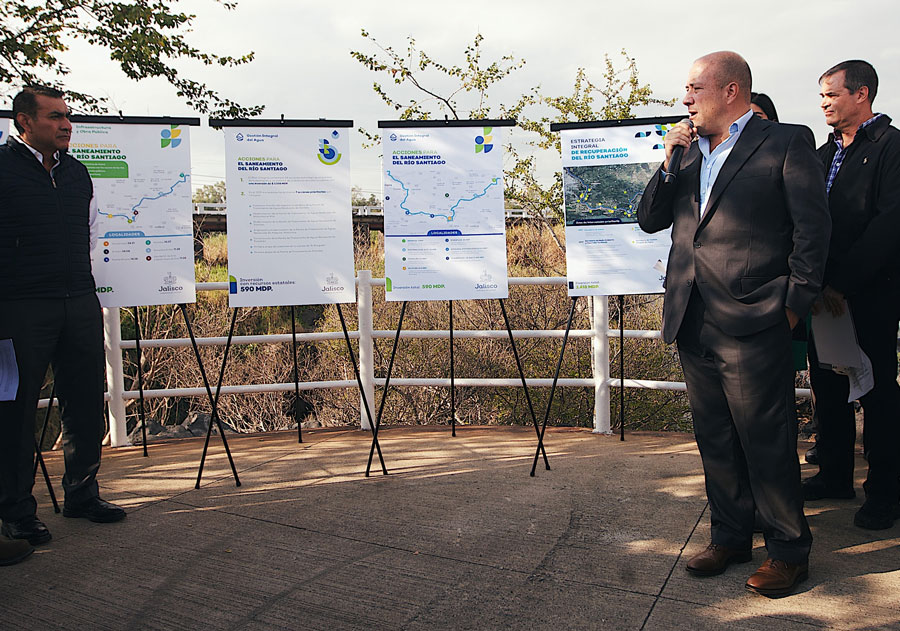 While campaigning in Chapala last June, Alfaro promised to stand strong for the preservation of Lake Chapala and the environmental well-being of its vast watershed. He repeated the pledge at his December 6 inauguration, declaring, “the environmental agenda will cease being ornamental. It is urgent that we restore the Rio Santiago and Lerma-Chapala catchment areas.”

But he wasn’t banking on being locked out of the federal budget to accomplish those goals and carry out other priority projects.

The governor had envisioned attacking water issues on various fronts. He is firmly committed to cleaning up the Santiago River that flows out of Lake Chapala, considered to be the country’s most polluted river. He is also an advocate for the restoration of Lerma River basin, highly contaminated by industrial and waste water run-off.  In addition, he planned to complete the Purgatorio Dam to increase the water supply to the Guadalajara metro area, and avoid additional draining of Mexico’s largest lake.

The day after he took the oath of office, Alfaro made an early morning appearance in Juanacatlán, a town located on the shores of the Santiago that was once renowned for its spectacular waterfalls, but is now a miasma of filth and vile stench.  He was there to present an action plan to correct the river’s severe pollution and treat serious health problems affecting populations residing near its banks

Some environmental activist groups slammed the plan for its focus on building costly water treatment plants rather than addressing a fix for industries that dump toxic chemical wastes into the river.

But the real blow was the release of the projected 2019 national budget drawn up by the federal Chamber of Deputies under a presidential initiative. Water projects in Jalisco are not contemplated in its spending authorizations.

Alfaro, however, hasn’t given up the fight for inclusion in federal funding. Meanwhile, he intends to forge ahead with expenditures already earmarked in the state budget and borrow from other sources to make up for the difference should lobbying efforts in the nation’s capital fall through.