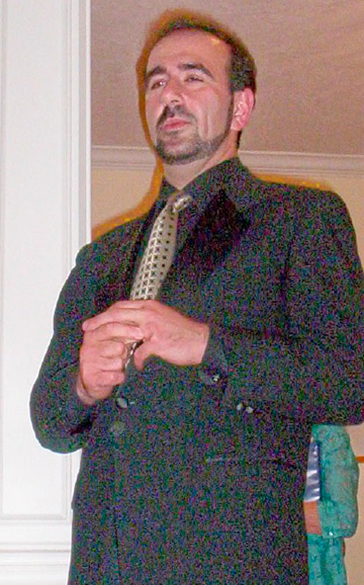 Accompanying Belov on the piano in this VIVA la Musica presentation will be Timothy G. Ruff Welch.

A winner of eight vocal competitions, the New York Times said his voice is “rich and mellifluous,” and the Opera News called his performances as having great emotional honesty.

Since winning the Young Concert Artists International Auditions in 2002, Belov has expanded his career to appear at major opera houses and concert halls across the United States.

Welch is well-known at Lakeside as a professional accompanist, voice and piano teacher, director of Los Cantantes del Lago and the Cantible Choir in Guadalajara. He studied music in Iowa, Cincinnati and Vienna and has worked in many countries.

Tickets for the concert are now on sale at Diane Pearl Colecciones at the corner of Ocampo and Colon and the Lake Chapala Society at the corner of Ramon Corona and 16 de Septiembre in Ajijic between 10 a.m. and noon.

Admission is 200 pesos for VIVA members, 300 pesos to non-members and 100 pesos to students with identification.