On Thursday, December 19, four Canadian and U.S. friends went fishing on Hakuna Matata, captained by Gerardo Kosonoy out of Melaque, and came back with a blue marlin weighing in at 302 kilos. 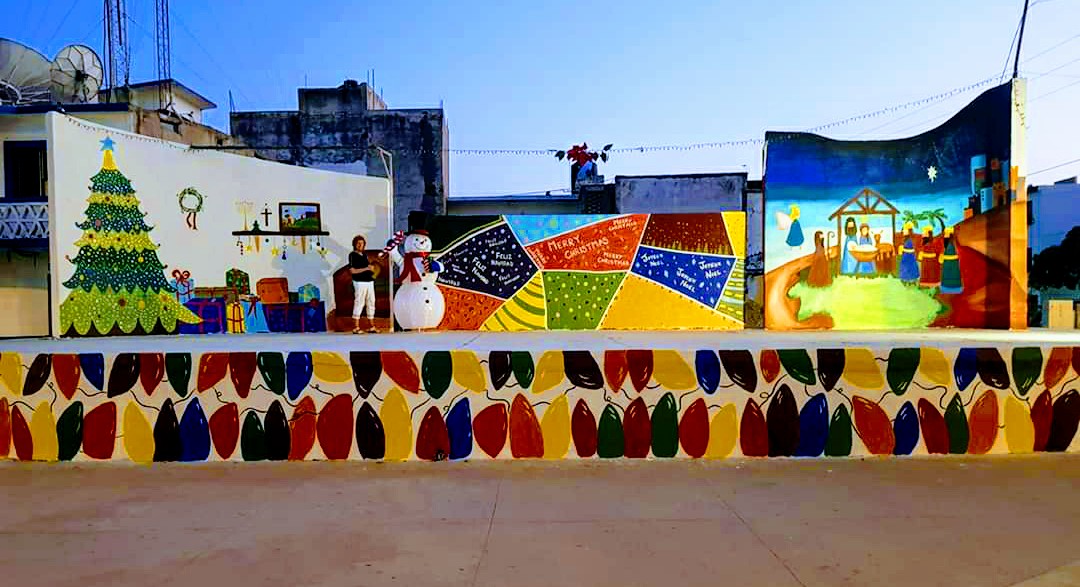 They hooked this monster three miles off shore from Bahía de Navidad on a Moldcraft lure. “We worked in turns for two hours to bring it in,” says Captain Gerardo, who is known to his friends as Jerry.

The four friends – Dwaybe Lovas, John Shumey, David Robert and Harry Müeler – shared the delicacy along with their captain and his friends, at the Kosonoy restaurant, with its employees and their families, as well as others present.

The Angel Tree project started in Barra three years ago as a means to meet the needs of the many economically challenged families in the area. In collaboration with the Catholic Church, the Costalegre Community Church and Grupo Pastoral Movimiento Familiar Cristiana, volunteers led by Sara Rivera and Linda Bello Ruiz, as well as individual “angels,” come together to distribute gifts, bedding, clothing, medicine, food and other items to the less fortunate. 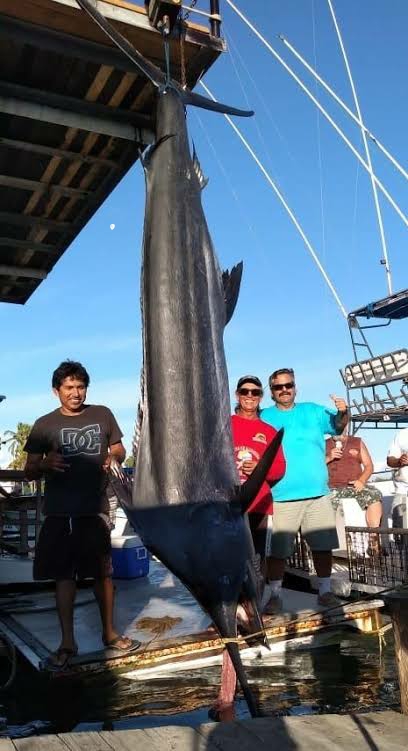 How it works: Volunteers erect a Christmas tree in La Galería Barra De Mi Corazón, where they make ornaments representative of the item to be gifted and its value.

Those wishing to be an angel purchase the ornaments and hang them on the tree. “Often,” Linda tells us, “families bring their children to buy ornaments for toys for other children whose parents can’t afford them,” adding that, “it’s a great learning of life’s lessons.”

Linda receives and accounts for the ornaments purchased and turns the money over to volunteers (who remain anonymous), who in turn purchase and distribute the items. Those wanting help must register at the Catholic church and each family is carefully vetted, says Linda. “That way we know if they do need help or just want it. The goal is to help the most needy while keeping their privacy, and at the same time being transparent to those who donate.”

The Costalegre Community Church provides 20 bags of food on top of what is raised from the Angel Tree. So far this year, the tree has raised nearly 25,000 pesos. In the case of food and medicine, deliveries continue throughout the season.

Not your ordinary Jardín

Although Barra may not boast your most traditional or even beautiful square, it has something special in the way of a stage. With each event and each change in the season, volunteers and local artists paint the stage and decorate the Jardín accordingly. This holiday season it is festively painted and Christmas lights have been strung among the trees.

This year’s stage painting was led by Charley Patman, who was assisted by a host of artists.

Among the volunteers decorating the Jardín were Jean and Jerry Taylor, Mary Ellen Jarvis, Brenda Pippus Schneider and Jayne Bellrose – all spearheaded by Linda Bello Ruiz. They were also joined by six of the Becas For Barra scholarship students. 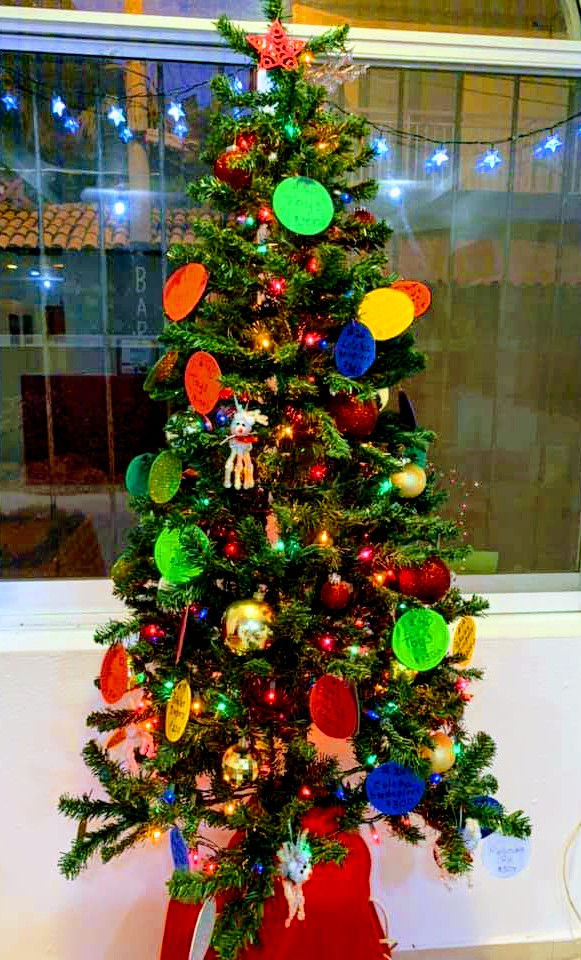 Large swells last week dislodged the heavy sand-filled geo-tubing that was placed as a breakwater in an attempt to help protect Barra’s rapidly deteriorating beachfront. A group of volunteers managed to secure it before it could entangle sea life or injure an unsuspecting swimmer.

Thanks go to Pierre, Armando, Ken, Jayne, Maria, Maryellen and Linda. As soon as he was able, Barra Delegado Armando Zamora brought in the big guns – four men who worked another eight hours to remove the tubing.

The Christmas tree on the Malecón in Barra is made possible by hardworking volunteers and donations from local businesses. Bingo for Barra, donations and other fundraising raised more than 31,000 pesos towards the giant Christmas tree. Special thanks to Lorena Rios Perez, Leo Gonzalez, Paulina Diaz and the committee for Bingo for Navidad.

The next opening for Galeria Amiga at the Cenac Centro de Arte y Cultura in Melaque is Sunday, December 29, 10 a.m.-2 p.m.  The featured artist is Santiago Penaloza from Guadalajara.

Penaloza started his professional career in 1971 and has shown at the capital’s Palacio de Bellas Artes, the Jose Luis Cuevas Museum and the Mexico City Museum. The artist will be attending the opening along with his son. For more information, see facebook.com/cenac.centrodearteycultura.

Movie Nights are held Sundays at the Cenac at 7 p.m. There’s a 50-peso suggested donation. Proceeds go to the center to help provide free art classes to children and families from the community.

Free music and singing classes continue at the Cenac on Fridays at 10 a.m. For more information, contact Rich Glouber on Facebook.