With eight furry charges, including one chihuahua on her lap, Guadalajara resident Jacqui Vaca flew from Guadalajara to Tacoma, Washington last month. 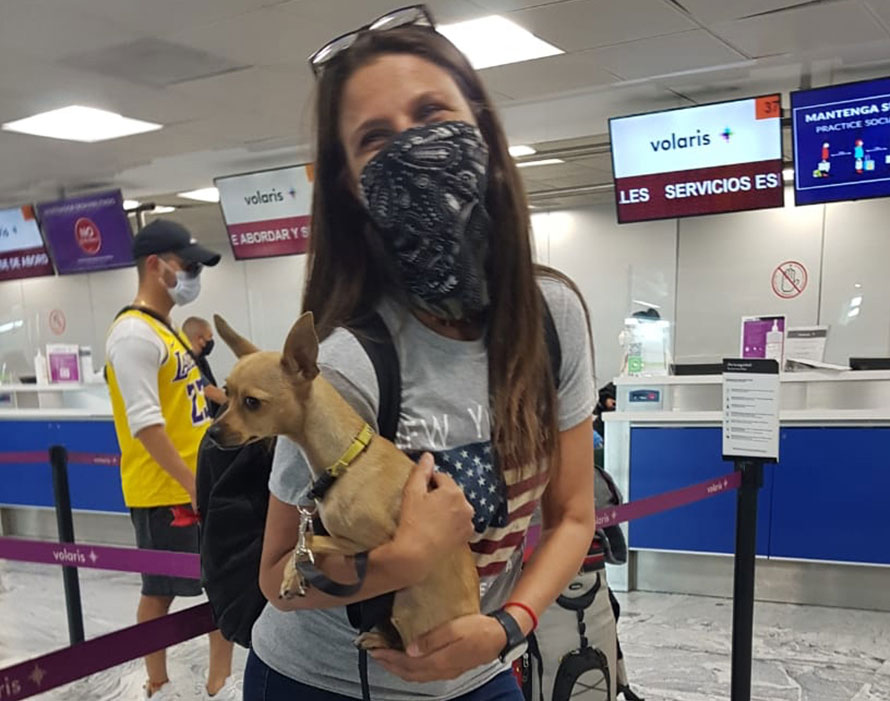 A local animal rescue group sends a small group of dogs to the Pacific Northwest for adoption every two weeks, but September 11 was the first time that Vaca, who makes her living as a dog walker, accompanied the adoptees.

“The adopting and foster families and some volunteers were waiting for me at the Tacoma airport,” said Vaca. Similarly, the original rescuers along with other volunteers had gathered in a parking lot at the Guadalajara airport before she departed, taking about two hours to get everything in order.

Vaca pointed out that, while the dogs that go to Tacoma are those that have become “stuck” in the adoption process here – meaning nobody wants them – there is a waiting list of people to adopt them in the Tacoma-Seattle area because there are so few dogs in shelters there.