Are you a wine drinker but not really up to the mark on the variety of Mexican wines offered here?

During the two days of “100 Vinos Mexicanos” held in Queretaro at the beginning of March, I had the chance to taste about 100 wines out of the 500-plus presented at the festival.

The biggest annual wine event in Mexico provides an opportunity to asses the current state of the national wine industry, as three-quarters of the country’s wineriestake part and present most of their products for tasting.

Mexican wineries nowadays work with few grape varieties due to some rigid regulations that make new planting material imports nearly impossible. The varieties are mostly of French origin, the prevailing ones repeat what’s popular in Northern California: Cabernet Sauvignon, Zinfandel and Chardonnay. Personally, I liked much more the wines made with French Mediterranean varieties that endure higher temperatures and a drier climate, such as Grenache, Syrah and, especially, Mourvedre, a difficult grape which in Mexico produces some spectacular wines. And of course, some real gems made with the Spanish Tempranillo.

When I first came to Mexico at the end of 2014, I was also surprised by the abundance of Italian varieties in the country – particularly Barbera and Nebbiolo. I used to live in Barolo (Northern Italy), an area considered the birthplace of these two varieties. No one there, however, suspects that Mexico produces Nebbiolo at such a scale and quantity of labels!

Mexican Nebbiolos are quite recognizable in most cases (unlike similar wines produced elsewhere), with some very close stylistically to modern Nebbiolo d’Alba, Valtellina or even old Roero wines.

Most of the red Mexican wines tend to copy the common Californian (U.S.) styles – monovarietal (made of one grape variety only) ripe “fruit bombs,” soft and round tannins and low acidity. This is a style that is largely accepted by young or new wine drinkers.

There are also wines for the “wine freaks” – with powerful tannins and high in acidity – that “cry out” for a big steak.

Given the hot local climate, the whites tend to be less in quantity, heavier and quite full bodied. Chardonnay is the king, as in California, but some interesting and age-worthy whites made of Chenin Blanc or refreshing and lighter ones from Sauvignon or even Palomino can be found.

It’s physically impossible to try more than 80-100 wines per day and I’m sure I missed some good ones at the festival in Queretero. My ten top rated wines in different categories out of all those I tasted are listed below. 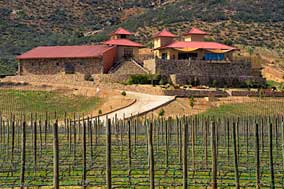 –Best white: Traspatio Palomino 2013 (91/100) from Baja California. A dry white made from the variety used for Sherry, fresh, intriguing with green and flower notes, easy drinking. Las Nubes Kuiiy 2014, made of Savignon and Chardonnay, obtained the same points.

Undoubtedly there are lots of good wines in Mexico. If you don’t know these wines yet it’s high time you started to discover them. Drink Mexican!

Sven Clyde has been in the wine business since 2000, first as an importer, later as a wine journalist and finally as a winemaker. He lives in Guadalajara.