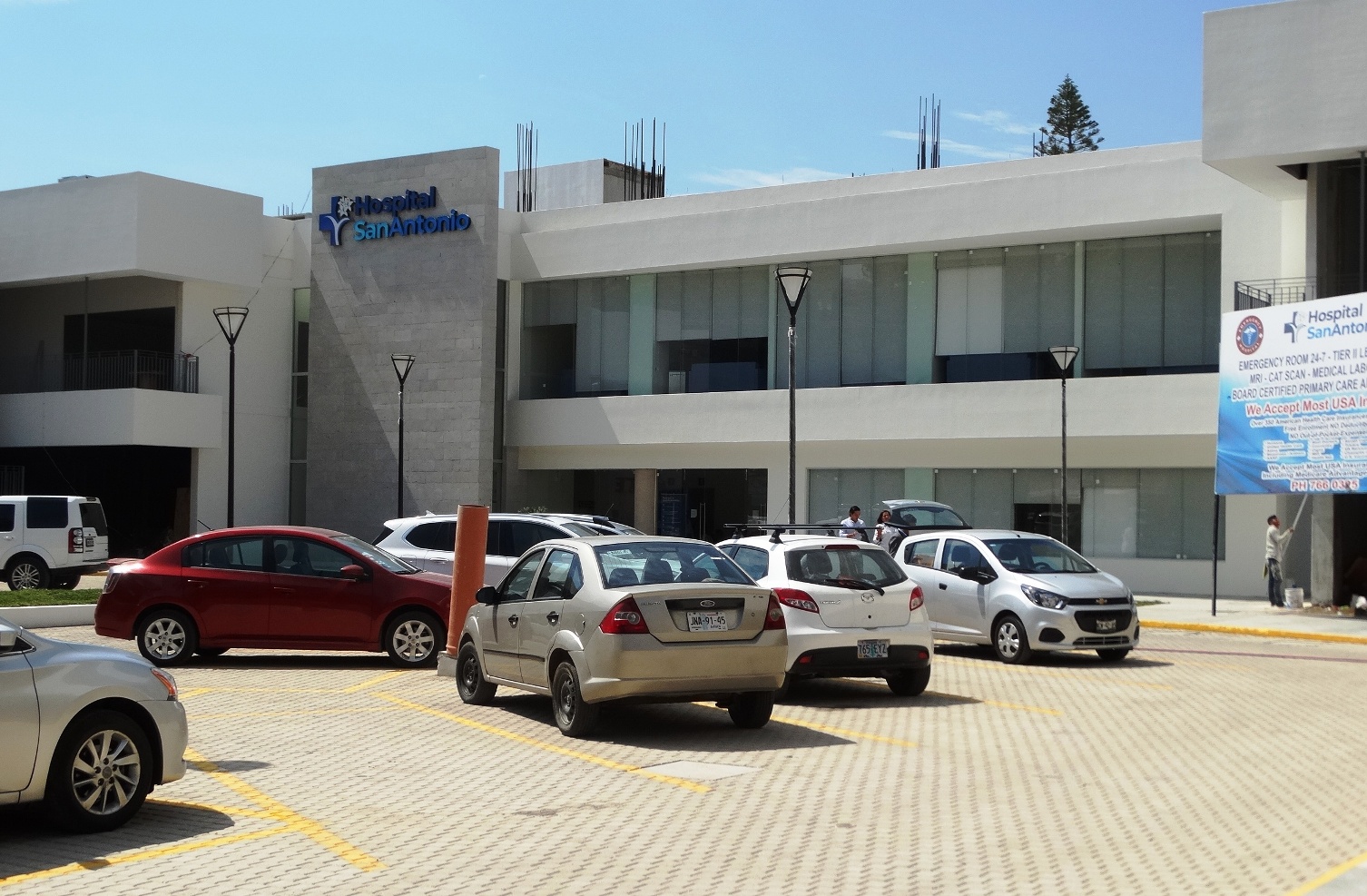 Attending as guest of honor, Chapala Mayor Moisés Anaya Aguilar declared the official opening of the private Tier II medical facility at 10:45 a.m., before joining hospital management and shareholders for the ribbon-cutting at the main entrance. Immediately afterwards, the hospital’s managing director Jorge Calderón Prieto and project point man Dr. Carlos García Díaz del Castillo guided the mayor and other guests on a top-to-bottom tour of the two-story building.

A crowd of local physicians and community residents were present at a second opening day reception scheduled at 1 p.m. It included another ribbon-cutting and a walkabout viewing of the installations.

Located on the Chapala-Jocotepec highway opposite the Chula Vista Golf Club, Hospital San Antonio (HSA) has been under construction since the groundbreaking in September 2017. The new hospital began receiving patients as of April 19, although it will not be fully operational until later this month.

Five offices for medical consultations are located on the ground floor. For the time being, appointments with affiliated physicians may be arranged by calling (376) 689-0911 and leaving the patient’s name and number so that the desired doctor can call back to set a date and time. The HSA medical team includes specialties in the fields of cardiology, gastroenterology, general surgery, gynecology, maxillofacial surgery, internal surgery, nephrology, neurosurgery, oncology, ophthalmology, otolaryngology, plastic surgery, spinal surgery, traumatology and orthopedics and urology. Emergency care is already available on a 24/7 basis.

In addition to temporary workmen hired for the construction phase, HAS has employed a regular staff of 83 men and women, including titled nurses, orderlies, bio-medics, information system technicians, administrative and front desk personnel, and the janitorial, maintenance and security crews. According to operations manager Teresa Hernández, nearly all employees are native inhabitants of San Antonio Tlayacapan and other north shore communities and most speak fairly fluent English.

An example is fully bilingual Goreti Reyes, who is in charge of the hospital’s insurance office. Her job is to act as a liaison for channeling patients and their families to the Lakeside Medical Group that handles medical coverage policies for dozens of U.S. insurance programs, including the Veterans Administration, Medicare Advantage Plan, Blue Cross/Blue Shield, Tricare and Allianz Global, among others. Her office hours are Monday through Friday, 9 a.m. to 5 p.m.

The east and west wings of the HSA complex, still under development, will accommodate a new branch of Farmacias Guadalajara, a complementary diagnostic clinic for EKGs, glucose screenings and electromyography for detection of auditory, visual and other sensory deficiencies, along with additional rental units for varied medical supply and service outlets. Ample parking areas are situated at the front and rear of main building.