A launch party for a new helicopter tour service held Saturday, October 28 at Chapala’s Cristiania Park was applauded by the local government for introducing an innovative lakeside tourist attraction, and simultaneously reviled by scores of local residents who take it as an unwanted nuisance to the community. 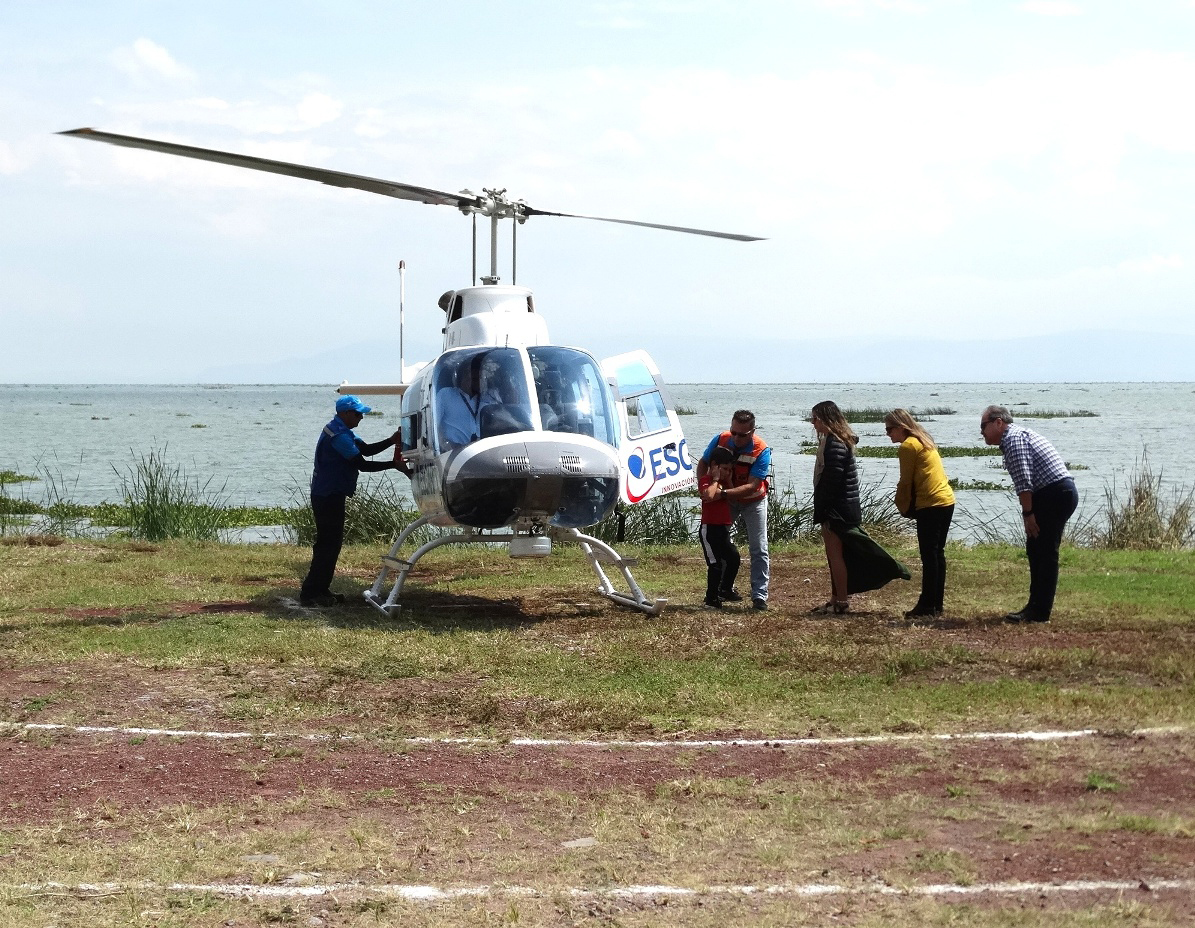 Operated by the transportation company Esgari Holding Mexico, the “Vuela Chapala” tours are set to run on a regular weekend schedule as of Saturday, November 2, with flights available between 11 a.m. and 7 p.m. Service will be headquartered at the waterfront landing area at the north end of the park, accessed from the corner of Calle Degollado.

The 15-minute rides will offer bird’s eye views over Lake Chapala’s shoreline and open waters, aboard Bell 206 helicopters with capacity for five passengers plus the pilot. Seats are priced at 1,200 pesos per person.

Dozens of other guests included leaders of Jalisco’s business community and top tier Chapala officials who noshed on fancy canapés and downed exotic gin and tonic cocktails while awaiting their turns on complimentary flights on two choppers taking off at 20 minute intervals.

It was the constant racket of the mechanical birds flying overhead that set off a storm of fiery complaints on social networks. Foreign and Mexican residents alike griped about the disturbance to their peace and tranquility, invasions of personal privacy, potential threats to the environment and the perceived danger of flights considered “too close to the ground.”

Meanwhile, Esgari management told members of the press that the helicopter flights strictly adhere to official standards, with all requisite permits and insurance coverage.  In addition to the tours, the company’s new services will include medical emergency transport and delivery of valuables between lakeside and metro Guadalajara, along with bookings for special occasion excursions.

It remains to be seen whether the enterprise will take off financially, with or without negative public sentiment. A similar chopper tour program initiated a year ago by another company failed to attract enough customers to stay afloat more than a couple of weeks.