For months on end, lakeside motorists have watched the progression of the reengineering of the busy crossroads where the Libramiento bypass intersects with the Chapala-Jocotepec highway. 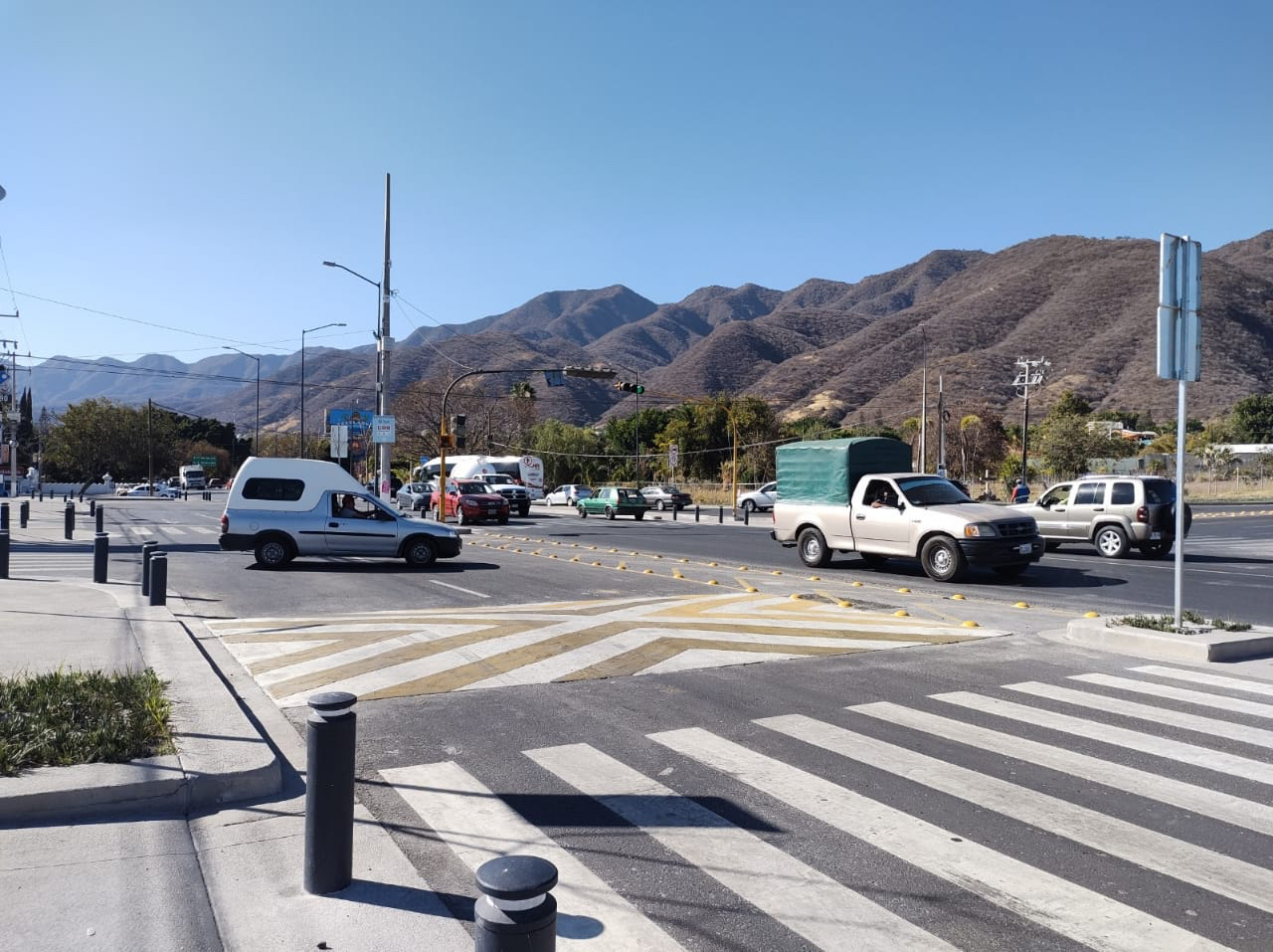 While modifications along the north side of the roadway appear to have improved safety for westbound transit, ongoing changes affecting entry and exit from the Walmart parking lot are as perilous and puzzling as ever.

The latest wrinkle is last week´s installation of two parallel rows of boyas (round metal speed bumps) set in the space between the eastbound lane of straight-through traffic and the double-lane service road, where there are two Walmart access ramps and a bus stop.

Logical thinking leads observers to conclude that the boyas are intended to prevent vehicles from darting out of the central lane into the lateral road at the traffic light, rather than turning off earlier just past Domino´s Pizza and the Scotiabank ATM. Although arrows painted on the tarmac indicate the proper direction of traffic, as yet there are no signs  or other types of signals to guide vehicles heading to and from the supermarket.

This newspaper has attempted to elicit explanations from both the area’s state traffic police headquarters and the municipal traffic departments. Repeated phone and messaging queries remained unanswered at press time.

Presumably, before the state-contracted highway improvement project is completed, motorists will find new traffic lights and signage set up to show them the way. In the meantime, it’s a dicey proposition for drivers to fend for themselves with maximum precautions.