Safety and security were priority topics of discussion at the March meeting of Amigos de Bucerias, which was attended by Bahia de Banderas Mayor Jaime Cuevas.

“Dr. Cuevas is very supportive of our efforts to keep the streets of Bucerias well lit,” said Dick Pickup, coordinator of the Amigos streetlight repair program. “He has promised to have the municipal bucket truck and guys available more often so we can fix more lights.” 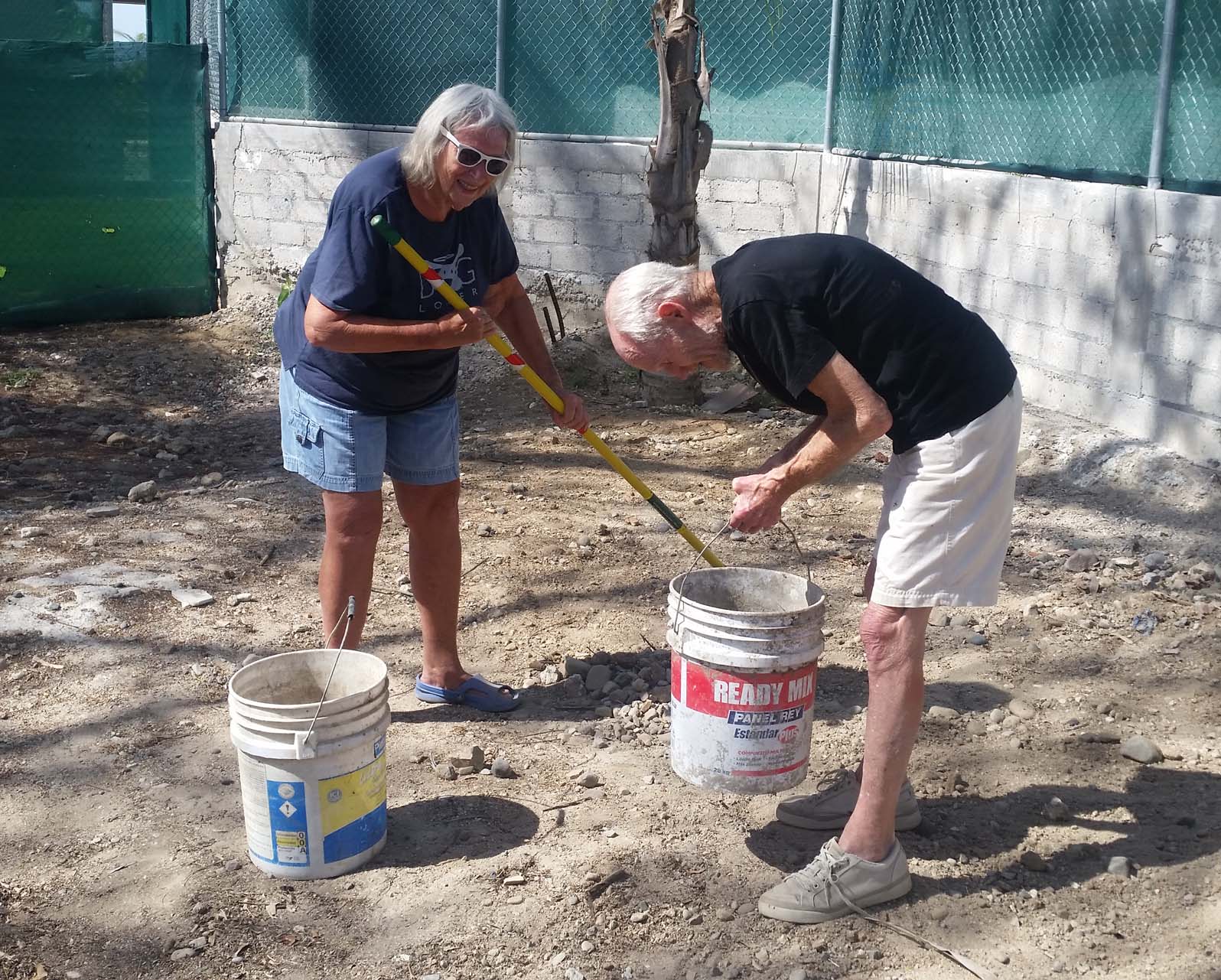 According to Pickup, Amigos de Bucerias started its street light project several years ago when it became obvious that there were “more lights out than the municipality could fix.”

The group decided to use the money earned from plastic recycling to buy parts and persuaded municipal employees to come out as often as possible to get the streets lit up again.

A municipality-wide project to replace all streetlights with LED lights is on hold, due to quality control issues, but Pickup promises to keep moving it forward.

Another security related project of Amigos is to install street name signs, so responding emergency vehicles can arrive at scenes quicker.

Beginning March 23, Amigos Vice President Roger Peterson will lead a team to install a stash of signs found a while back in the corner of a municipal building.

Many residents and visitors may not know street names, so the added signs will be a big help to locals and tourists.

“If we get one-way, no entry and no-turn signs, the mayor has promised to get them installed and have Transito enforce the law,” said Amigos President Rick Kranefuss.

Casey is a man who sings on the streets of Bucerias, strolling from area to area, performing for tips. His playlist comprises songs from the 1960s and 70s.

He will be the featured entertainer in the next Paws and Claws fundraiser, set for Tuesday, March 20. 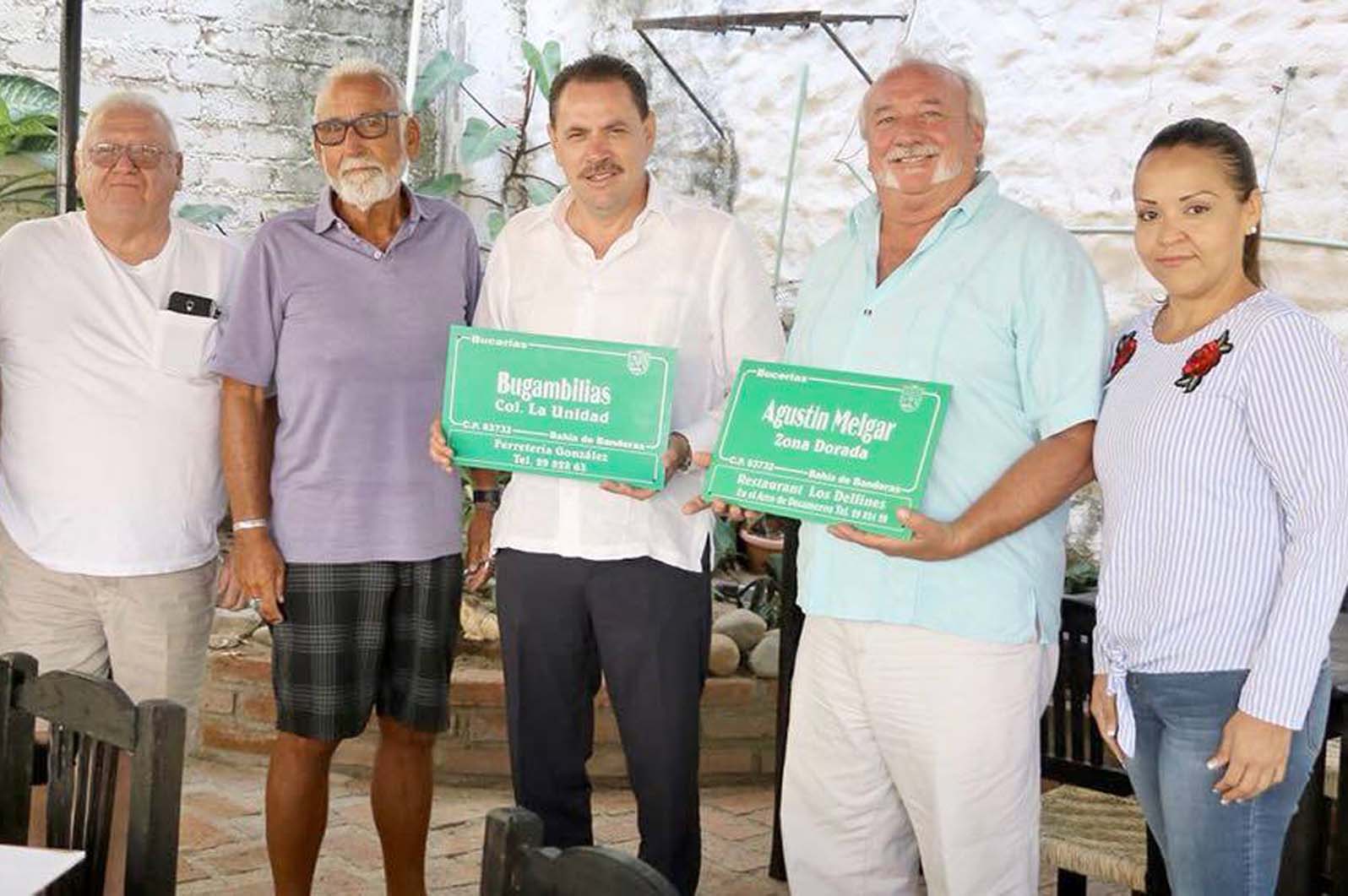 Casey will be performing at the La Pizzanteria Restaurant at Avenida Miguel Hidalgo 3, across from Jax Bar from 4-7 p.m.

The fundraiser includes raffle prizes and a 50/50 draw.  Food and drinks will, of course, be available for sale.

Admission to the event is 100 pesos per person and all proceeds benefit the free spay/neuter clinics in Bucerias.

From March 21 to 24, this school, located in the town of San Francisco (San Pancho), on the northern edge of the northshore, will be transformed into an elaborate stage for the talented kids in this unique production.

For the first time, the Puerto Vallarta Orchestra School will be joining them.

The Circo de Los Niños was created in 2011 by Gilles Ste-Croix, co-founder of the Cirque du Soleil and designed by Monique Voyer. 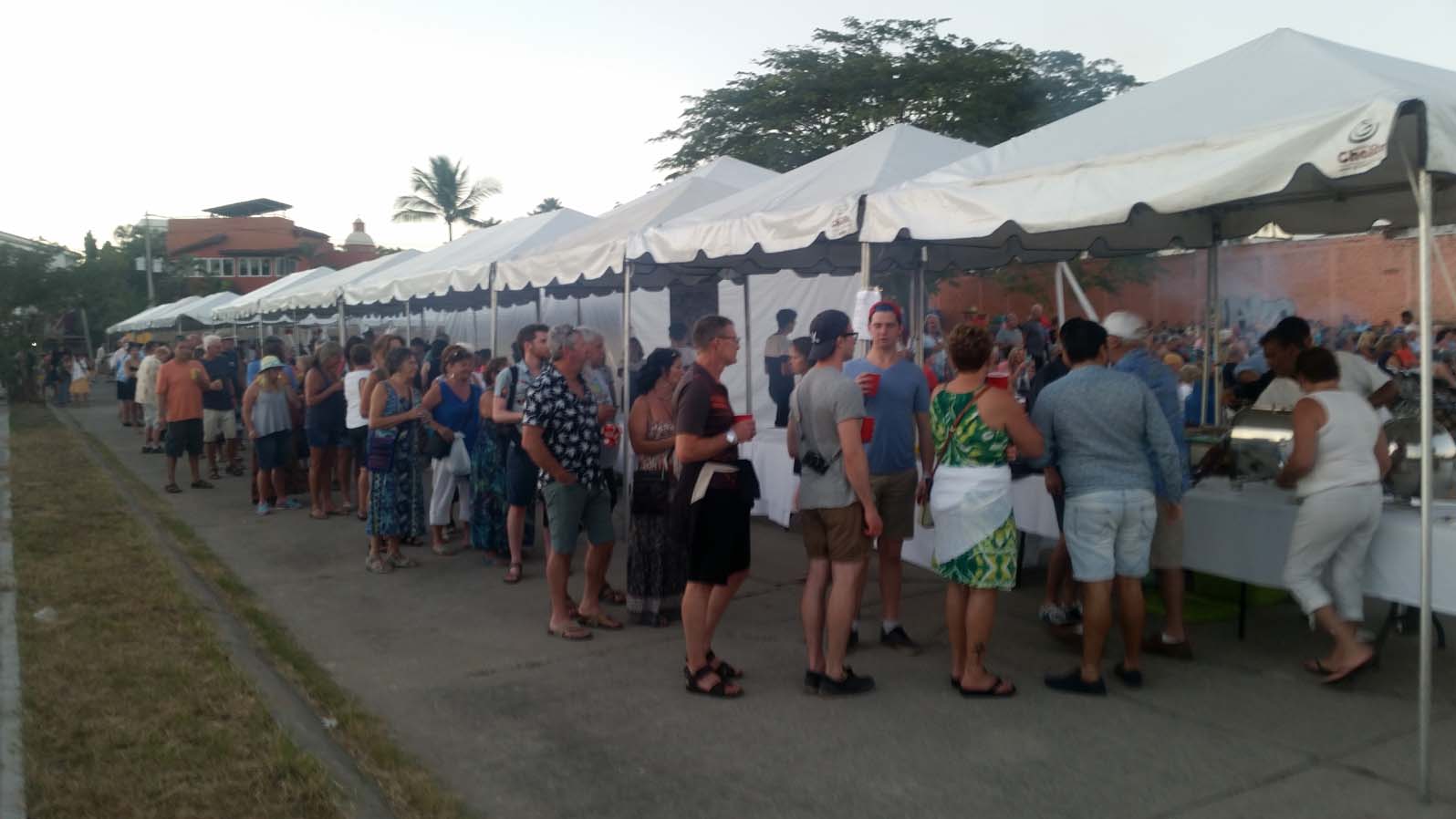 What started as an introduction to circus arts has become a one-of-a-kind school with a professional team of instructors and an ever-growing number of students looking to experiment with the magic of the circus and other performing arts.

The children chosen to participate in the show live in San Pancho and nearby Sayulita and many of them have been with the program since its inception.

They work hard five days a week from one to five hours a day, depending on their age, interest, and level of instruction.

Voilá! will be held at the Bodega Circo, an ideal space to practice the circus arts that was created especially for the participants.

It’s located on one side of the Bodega 3 on Tercer Mundo Avenue.

All proceeds from the event will be funneled to the youth program for San Pancho’s Circo de Los Niños. The seats are all general admission, with the exception of a special area designated for the donors to the Dreamcatchers fund.

Presale tickets via PayPal are already available online on their webpage http://circodelosninosdesanpancho.mx/events.

For more information, email This email address is being protected from spambots. You need JavaScript enabled to view it., telephone (311) 258-4366.