Denizens of Ajijic are very fortunate to have in their midst two major results of the creativity and initiative of Canadian violinist/teacher and long-time Guadalajara resident Chris Wilshere. 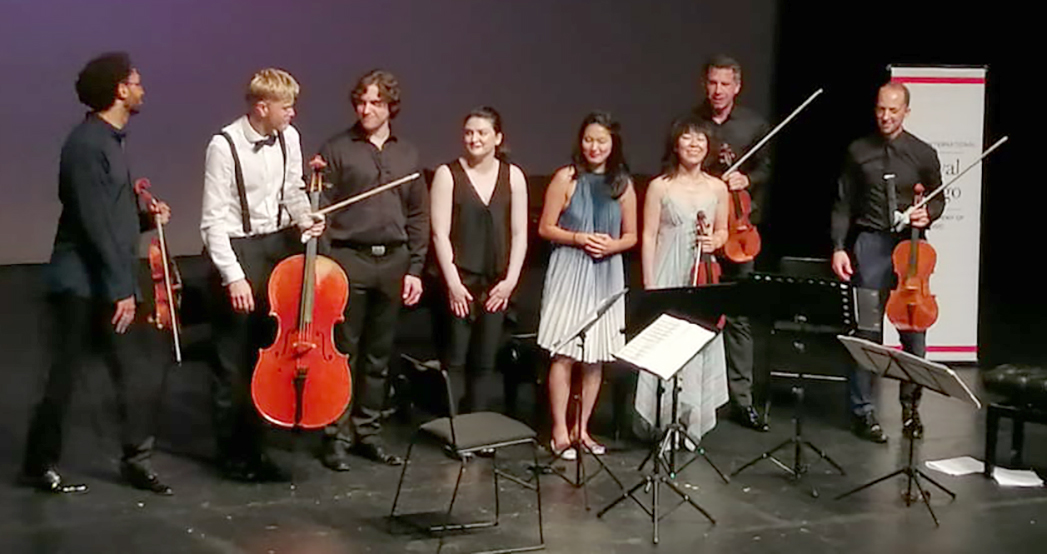 First, there is the Northern Lights Festival in February, which for 18 years now has brought great artists of international caliber to perform masterworks of the chamber music repertoire to various local venues. This is largely due to Chris’s connections on the American and European continents, his ability to attract donors and not least, the attraction of spending a couple of weeks in Ajijic in mid-winter. The result is that you can hear high quality international musicians without having to make an international trip; you just have to pay a few hundred pesos to go to the concert.

Then, in 2018 the Festival del Lago intensive summer music academy was born, with 37 students, many Mexicans and some from as far afield as South Korea and Holland participating. Faculty members come from some of the best conservatories in the world as well. During the Festival the students are billeted in the homes of volunteers and each one has his/her own room so they can practice as much as they want (four to five hours a day minimum is expected). Then there are master classes and concerts to attend or participate in and various fun activities programmed. Three meals a day are prepared by a master chef and all events are within easy walking distance so that the students have no concerns except making music.

Building on the success of the first summer, this year the Festival is hosting 51 students, who are here through next Sunday, August 25. All of the relevant details are explained in the beautiful brochure available at the faculty concerts (there is one by the Gryphon Trio this Friday at 8 p.m. in the Auditorio de la Ribera). 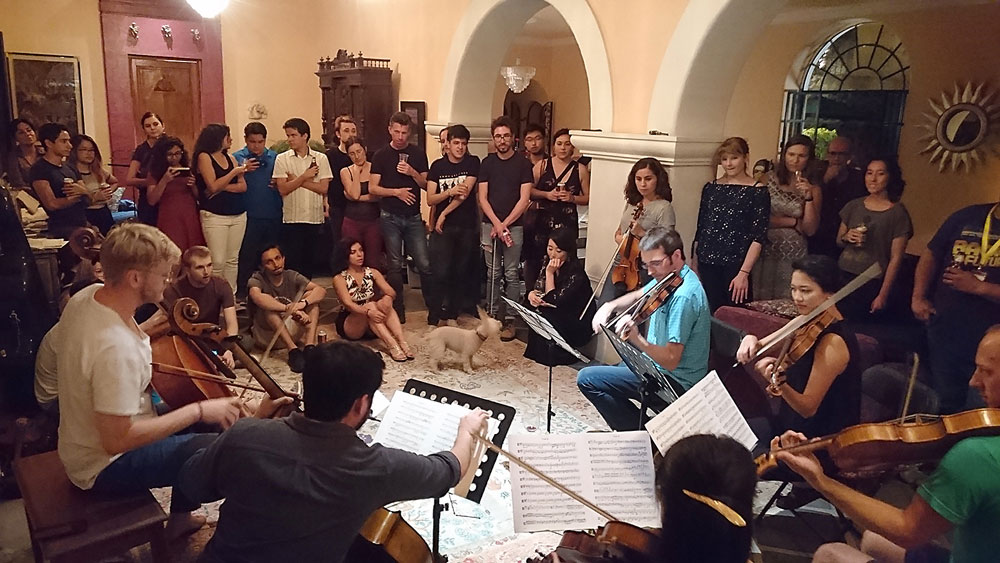 Chris’s main goal and passion is to provide a setting in which talented Mexican students can come into contact with other talented young artists from other countries.  This kind of summer academy is a feature in many countries, and is usually out of range of Mexican students financially, thus the great value of bringing the faculty here.   I do a lot of chamber music coaching in the Music Department of the University of Guadalajara and I can say that there is a notable improvement in the artistry of the students who have participated in the Festival, hence my enthusiasm in writing about it. I am truly impressed and thrilled. I urge everyone to ask about ways they can support this project or visit www.festivaldellago.com to find out more.

Theoretically, I was just going to write about the concert I attended last Saturday night. And it was extraordinary, with the best performance of the Shostakovich Piano Trio no. 2 I’ve ever heard live (Congratulations to all, especially to cellist Jacob Shaw who coached the group while playing in it.) There was also beautiful playing by all of the players in the other groups. After the concert, I was invited to the chamber music reading party, and it was inspiring to see and hear the students sight-reading masterpieces by Mozart and others. Violist Luke Fleming scurried around and brought in a huge pile of sheet music, then made sure that as many of the students as possible took their turns in the group with everyone watching and listening. I was extremely pleased to hear some of those students I know playing so well. The whole scene was one of the most beautiful things I’ve ever witnessed. It made me feel passionately that I want the human species to survive as long as possible. Thank you, Chris and everyone at Festival del Lago.

Dr. Charles Nath has been a part of the musical world of Guadalajara since 1988, with 26 years as principal clarinetist of the Jalisco Philharmonic as well as many chamber music presentations. He also wrote a column on music for the Informador newspaper and has made numerous music appreciation presentations on radio and television.