Although a practice that has repeatedly fallen in and out of favor over the centuries, the creation of symbol-filled altars dedicated to La Virgen de Dolores (the Virgin of Sorrows) has served as a traditional prelude to Semana Santa (Holy Week) for generations of families native to Guadalajara and Western Mexico. Observed exactly seven days prior to Good Friday, Viernes de Dolores falls this year on March 27.

Visitors can view one of these elaborate, candle-lit altars in the Museo de la Ciudad de Guadalajara (City Museum) on Independencia 684, in the city center. The altar will be opened at 6 p.m. on Friday, March 27 and be open for public viewing through Thursday, April 2.

U.S. rodeo fans will have the opportunity to capture some live-action when a bull bucking show hits the Plaza de Toros Nuevo Progreso on Saturday, March 28.

Tickets are available at the entrance or at ticketmaster.com, from 50 to 450 pesos. The nocturnal event starts at 7 p.m.

The Adopta Guadalajara charity, dedicated to finding pets a loving home, will be setting up shop on Sunday, March 29 in the Parque Azuela between the city arches (Los Arcos) and the Minerva Glorieta. Anyone looking to adopt a dog or a cat can stop by the park to choose an adorable pet for themselves. Volunteers will be on hand to explain the ins and outs of the adoption process between 11 a.m. and 2 p.m.

Up with People, a U.S. education organization designed to bridge cultural barriers through musical performance, presents a new show, “The Journey,” on Saturday, March 28, 7:30 p.m. at the Teatro Diana, All proceeds from ticket sales go to the Civil Hospital in Guadalajara. The Diana is located at 16 de Septiembre 710. 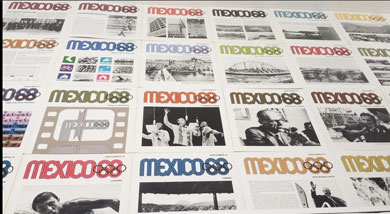 The extraordinary life and work of architect Pedro Ramirez Vasquez, responsible for the construction of some of Mexico’s most emblematic buildings, is celebrated in an expansive exhibit that opened this week at the Instituto Cultural Cabañas.

Ramirez Vasquez was involved in the design of the Estadio Azteca national soccer stadium, the National Anthropology Museum,  Mexico City’s Museo de Arte Moderno, the new Basilica of Guadalupe and the Legislative Palace of San Lzaro (Mexican House of Representatives). Abroad, he worked on the International Olympic Committee headquarters in Lausanne, Switzerland, the Presidential Palace in Costa Rica, the Museum of Nubia in Egypt and the chapel of the Virgin of Guadalupe in the St. Peter in the Vatican. 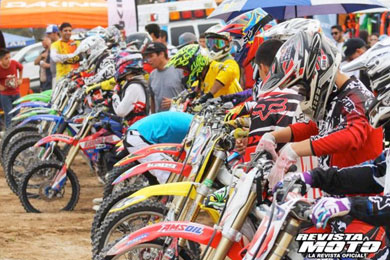 Despite these many achievements, he is perhaps best known for his designs for the 1968 Olympic Games held in Mexico City.

A pioneer of modern graphic design in Mexico, Ramirez Vasquez was called out by the Los Angeles Times for his “stunningly original designs that blended a European modernist sensibility with pre-Columbian aesthetics.”

“The exhibition is large because the architect’s body of work is large,” said Maria del Sol Arguelles, sub-director of the Museo de Arte Moderno, the co-sponsor of the show, along with the Jalisco Culture Department.

Motocross fans should head out to the Nabo Race Park on Saturday, April 11 for a “roaring” good time.

The park is situated at kilometer 20 on the Carretera to Nogales (Highway 15), leaving Guadalajara on Avenida Vallarta.

Training takes place from noon to 4 p.m., when races begin. Music, beer and food will be available. Entry is free.