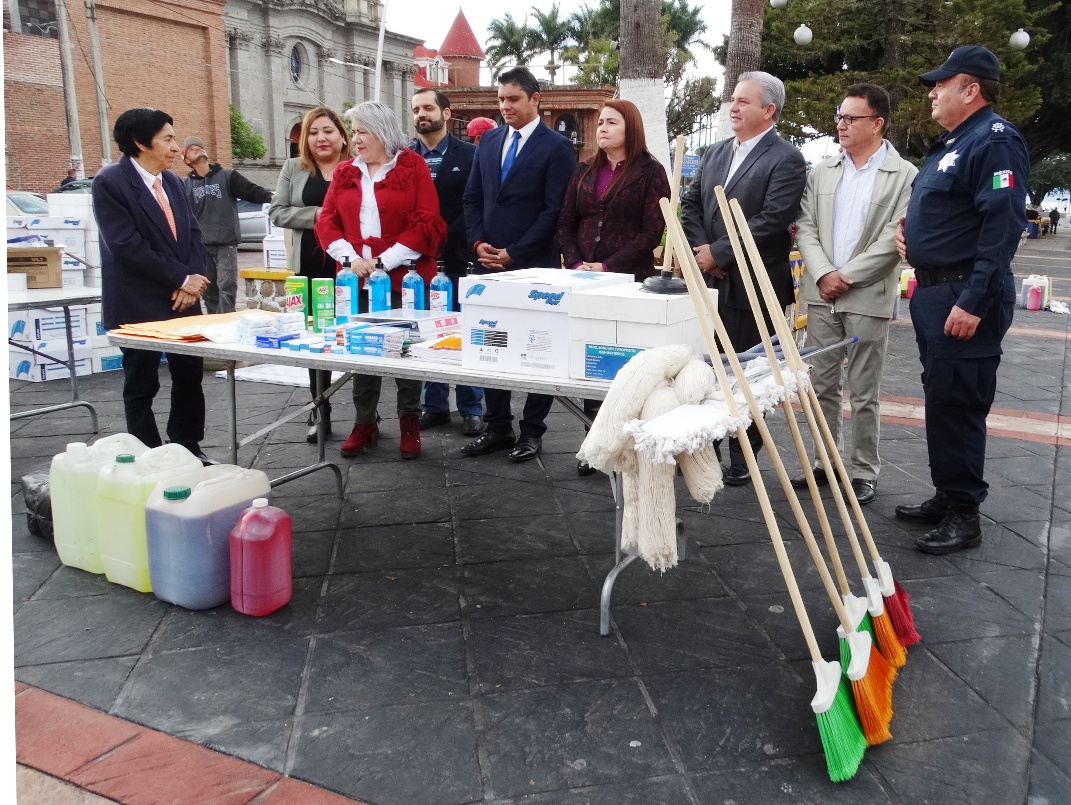 Anaya followed with a short speech, emphasizing the importance of national unity and the responsibility for government officials to follow the constitutional mandate to overcome obstacles and face the social and political challenges that lay ahead. 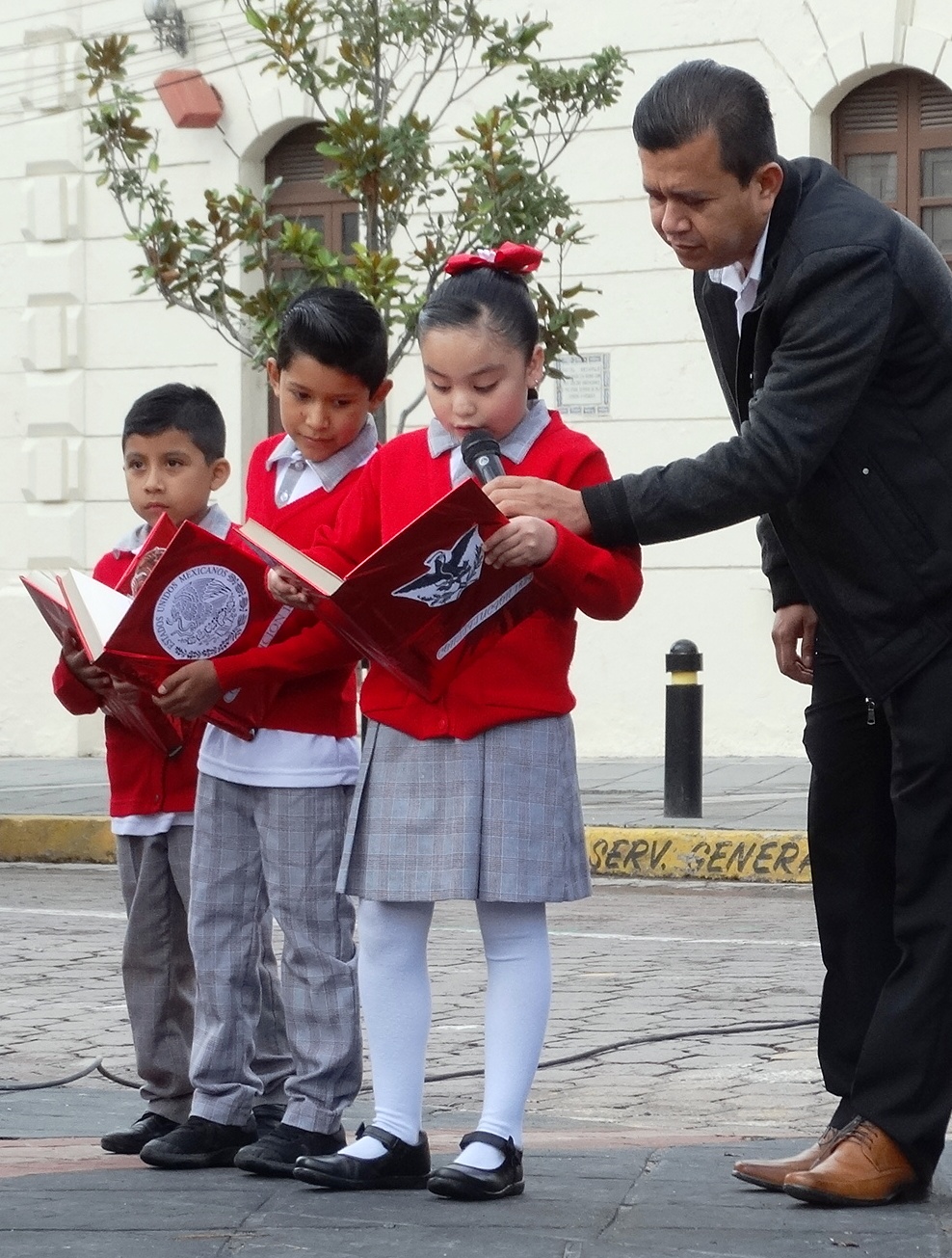 The 9 a.m. ceremony opened with the raising of a monumental flag by the police department color guard and group singing of the Mexican national anthem. The Plazoleta de la Hermandad was lined by students, teachers, administrators and parents representing various local schools, along with members of the City Council and other municipal officials.

At the conclusion of the event Anaya led the symbolic presentation of assorted office, classroom and cleaning supplies provided by the state government for distribution among 17 public learning institutions.