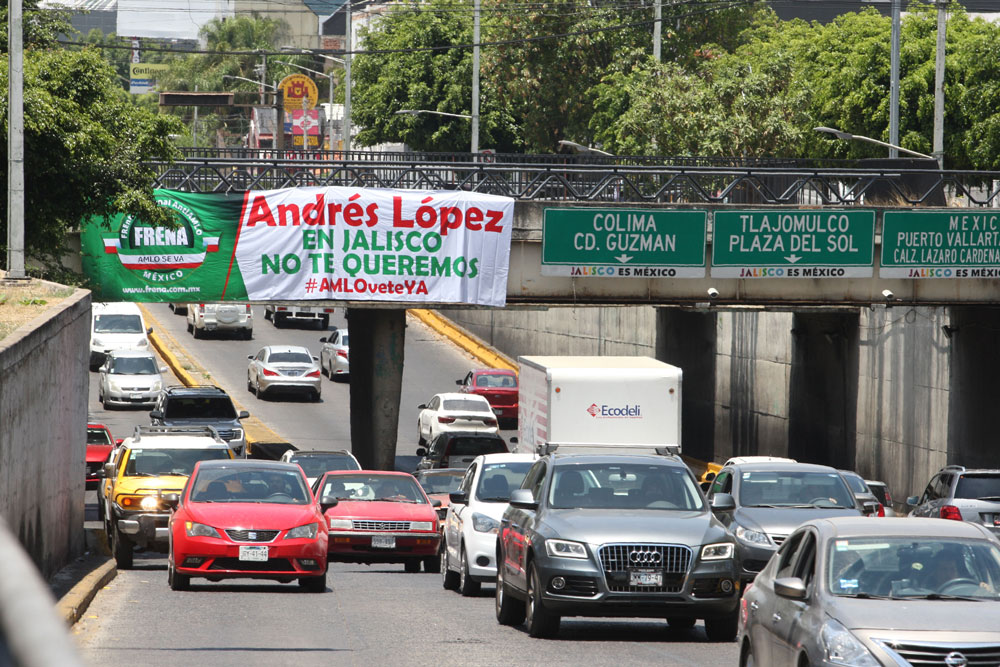 It cannot be said that sentiment is shared by everyone in the country.

Citizens upset at his leadership – especially during the Covid-19 pandemic – took to their vehicles Saturday, May 30 for a series of coordinated protests in 70 cities across the nation.  Guadalajara saw one of the largest protests, with around 1,500 vehicles participating in a two-mile-long “caravan,” according to Civil Protection authorities.

Lopez Obrador won the July, 2018, election by a landslide, vowing to put Mexico’s marginalized and working classes first and eradicate four decades of neoliberalism that created a handful of fat cats but left millions of Mexicans still mired in poverty.  He labeled his goal the “Fourth Transformation of Mexico,” or 4T – defining the first three transformations as the Mexican War of Independence (1810-1821), the Reform War (1858-1861) and the Mexican Revolution (1910-1917).  4T’s major aim: to move Mexico forward as a true democracy, free of corruption, privilege and economic power in the hands of an elite class.