Category One Hurricane Lorena caused considerable damage in various Jalisco and Colima communities during its passage along the Pacific Coast Thursday. 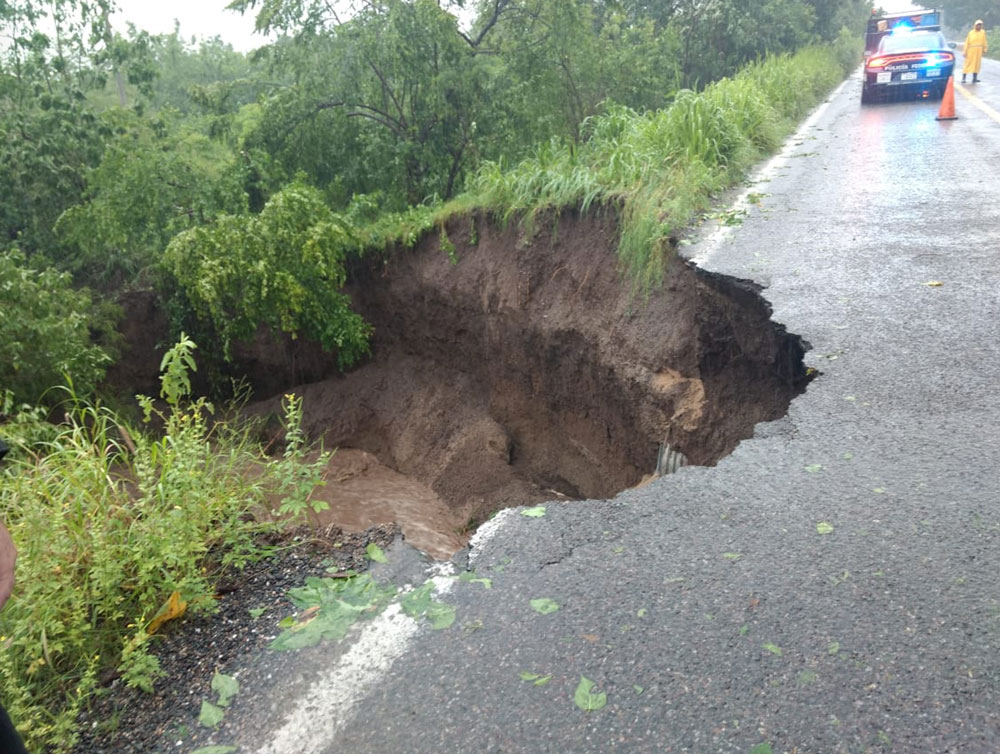 The Marabasco River, on the border of Jalisco and Colima, broke its banks midday Thursday, flooding various homes in neighborhoods of Cihuatlán. Water levels reached around one meter in height in some places, according to the Jalisco Civil Protection Unit.

Hundreds of acres of crops were inundated by the storm in both Jalisco and Colima.

Emergency crews rescued 17 people who became trapped in their homes by flooding in Chamela.

A large sinkhole caused by the storm appeared at kilometer 253 on federal Highway 80, along the Santa Cruz-Melaque stretch, prompting the closure of the road.

Expecting the worst, authorities had closed schools in 30 municipalities, including Puerto Vallarta and Mascota, prior to the passing of the storm.

Jalisco Governor Enrique Alfaro said there were no reports of fatalities or serious injuries, stressing that the population was being ably assisted by both Civil Protection officers and the Mexican Navy.