According to the Mexican Tourism Board, this country’s global air connectivity is growing at a record pace, with airlines around the world adding new routes, additional flights on existing routes, and upgrading to the latest aircraft models with larger capacities to meet the demand for travel to Mexico.

In a recent press release, the Tourism Board noted that as of January 2017, airline partners have announced the addition of more than one million new seats for this year on international direct flights to Mexico from more than 20 countries.

“We are delighted to see our airline industry partners continue to recognize this momentum and further expand their connectivity,” says Lourdes Berho, CEO of the Mexico Tourism Board. She added, “While the 2016 Mexico tourism numbers are still being finalized, it’s clear that we will have another record-setting year of industry-leading growth in terms of international visitors to Mexico.”

Since 2013, Mexico’s international tourism has grown at an annual average of ten percent, double the global industry average. This performance, which includes growing from 24 million international tourists to Mexico in 2013 to an anticipated 35 million for 2016, has catapulted Mexico from the 15th (2013) to the 9th (2015) most visited country in the world, according to the World Tourism Organization.

The Mexico Tourism Board credits additional growth not just from the traditional attractions of sun and surf, but from other segments such as “mega biodiversity, nature, gastronomy, luxury, high profile events like Formula One motor racing, cultural traditions like Day of the Dead, and the Weddings, romance, meetings and events industries.”

The Mexico Tourism Board’s recently announced tourism industry strategy includes a focus on developing expanded products and personalized marketing campaigns that focus on areas such as weddings and romance, diving, biodiversity and nature, culture, gastronomy, high profile events, sports and adventure, as well as programs for audience segments such as millennials, LGBT and retirees. 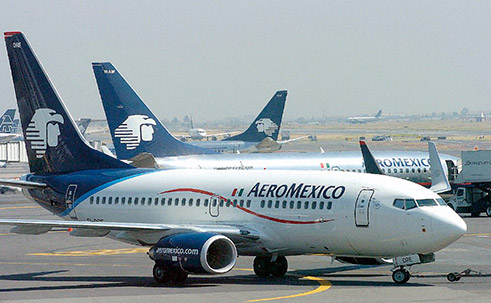 As of January 2017, new airline routes from Mexico included: