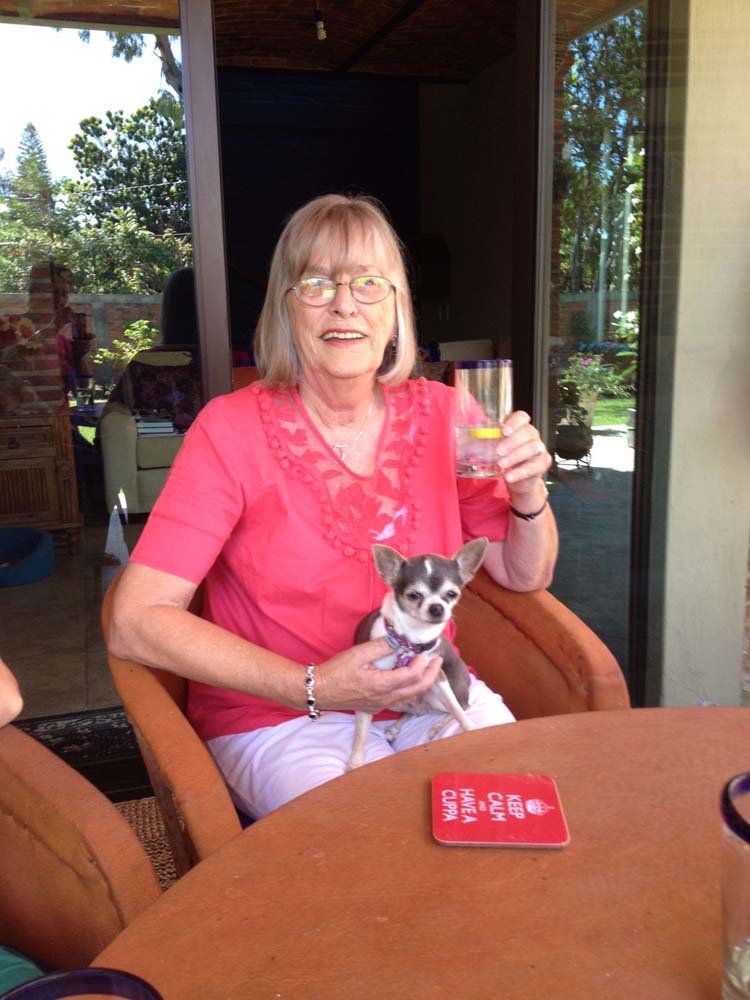 Known as Roo by her family, she was born August 20, 1948 in London, England, and brought up in Scotland and the county of Kent, along with her younger brother John. When she was 12, her sister Jocelyn was born in Pembrokeshire, Wales.

Rosemary was educated at a boarding school in East Grinstead, Surrey and later enrolled at Shenstone teacher training college in Bromsgrove, Worcestershire. She worked as a teacher in Devon, before returning to Kent, where she became deputy head of Stroud Primary School.

After some years, Rosemary decided to take up a new challenge and lived in Germany a for short time. In 1981, she saw an advertisement in The Lady Magazine for a governess to three Mexican children in Guadalajara, Mexico. She applied and obtained the position.

During her time with the family Rosemary traveled to many parts of Mexico and other parts of the world, becoming a beloved member of the family.

In 1986, when Rosemary considered the children didn’t need a governess any more, she took a job as an English teacher at the Instituto Anglo Mexicano de Cultura in Guadalajara. During her time there she met and became friends with many people from the United Kingdom, Mexico and the rest of the world. When the Anglo closed in the mid 1990s, Rosemary worked at the American School Foundation of Guadalajara as a pre-first teacher in the elementary school, where she was highly appreciated by parents, children and fellow teachers. She retired in August, 2006.

Five years ago, Rosemary decided to move to Lakeside and lived her final years happily in Riberas del Pilar.

Rosemary was predeceased by her father Basil, mother Connie and brother John. Her sister Jocelyn lives with her family in Wales and will sadly miss Rosemary, with whom she shared a very special relationship.

Rosemary wished to be cremated and her ashes scattered in Lake Chapala.