As droughts go, Atlas’ 70-year wait for a championship title doesn’t quite compare with the Chicago Cubs’ 108-year and the Boston Red Sox’s 86-year time-outs, but the Guadalajara soccer team’s fans are equally impatient for the tide to turn. 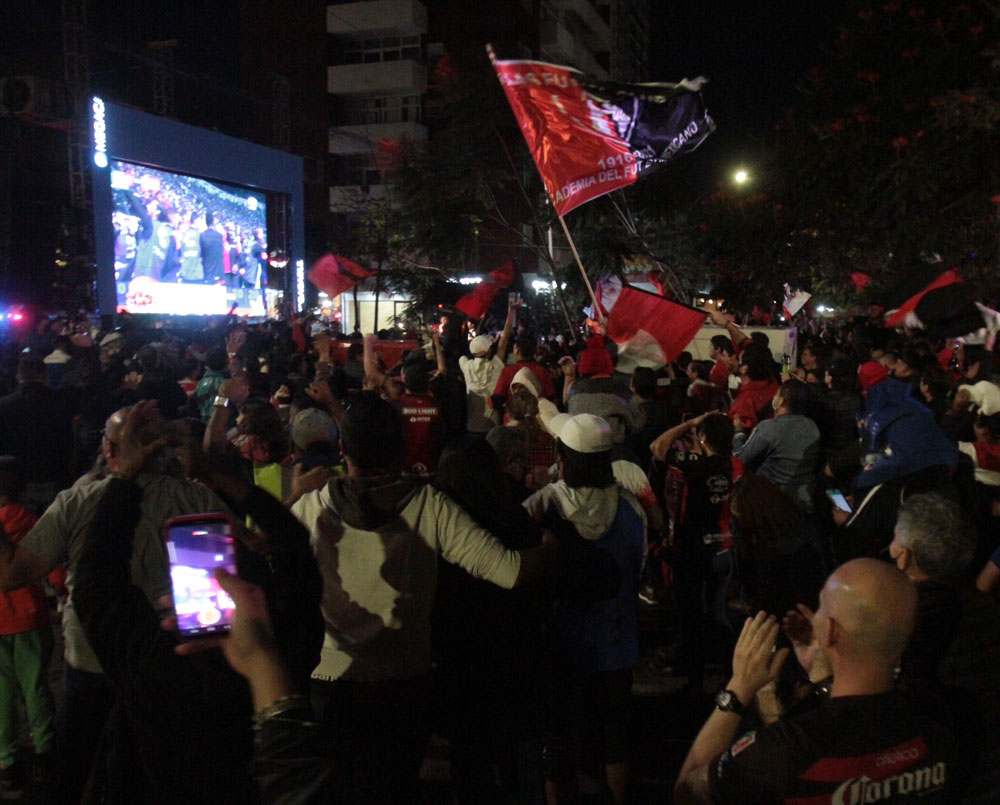 Will Atlas’ long wait for a second Mexican soccer crown finally come to an end on Sunday evening? That’s the outcome fans are praying for, when their heroes face Leon in the second game of the Liga Mx final at Guadalajara’s Jalisco Stadium.

Before that, hundreds of expectant Atlas fans gathered around large screens erected at the city’s Niños Heroes Glorieta and in the Plaza Liberacion on Thursday evening to watch the first game of the two-leg final unfold in Leon’s stadium.

This was the first time in 22 years that Altas have appeared in a Liga Mx final. On that occasion back in June 1999, Atlas lost agonizingly in a penalty shootout to Toluca.

And one has to go back to the 1950-51 season (before the era of playoffs) for Atlas’s sole title, that was based solely on the end-of-season league table standings.

Given the team’s history of three runners-up places, Atlas fans were predictably nervous as Thursday evening’s game got underway.